Here we celebrate Flat racing’s rich history, dating back to the 17th century. Over 400 years in the making, hundreds of thousands of equine and human participants have contributed to the sport we see on racecourses across the globe today.

Over the course of 2021, and prior to QIPCO British Champions Day, this section will be updated with a series of features and stories looking back through British Flat racing’s rich history, starting in the 1600s. Crafted by the likes of Racing Journalist, Mary Pitt and Racing Historian, Chris Pitt, here you will learn about some of the most seminal moments and influential figures from the 17th century onwards.

A Step Back In Time…

Horseracing in Britain can be traced back to Roman times. When Julius Caesar invaded in 55 BC, he brought charioteers who had honed their skills in competition. However, the 17th century was when the sport developed on a more organised basis, thanks largely to the Stuart dynasty, in particular the enthusiasm and support of King Charles II, the Merry Monarch. 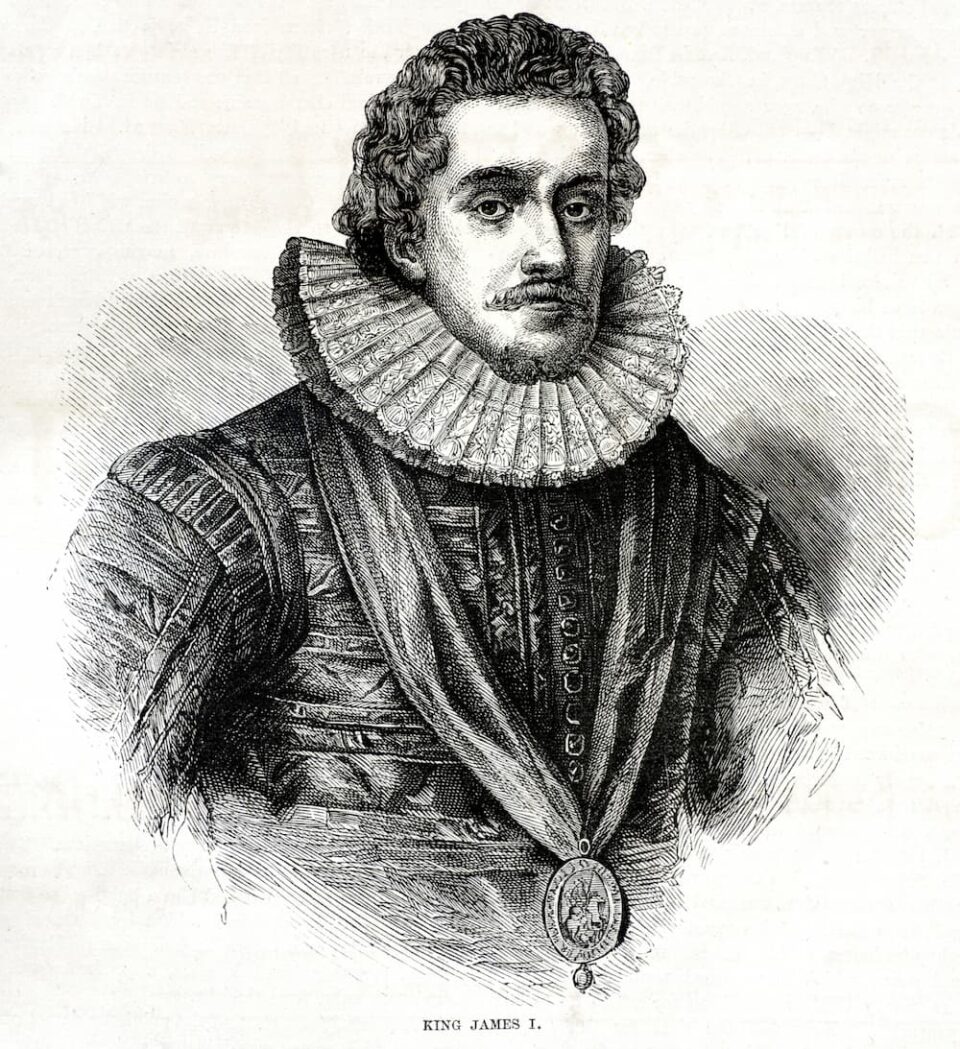 Long before Charles became king, James VI, the last king of Scotland, ascended to the English throne as James I in 1603, succeeding his mother’s first cousin, Queen Elizabeth I. His greatest contribution to the sport of horse racing – although it happened almost by accident – was to establish Newmarket as its headquarters.

Devoted to all forms of field sports, he first visited the area in 1605, two years after inheriting the throne, to hunt with his hounds and falcons, sometimes staying for weeks at a time. He developed a liking for the grassy plains of Newmarket Heath, lodging at a small inn called The Griffin in Newmarket itself. Eventually, finding The Griffin’s facilities a touch too primitive for his tastes, he built a palace on its site. 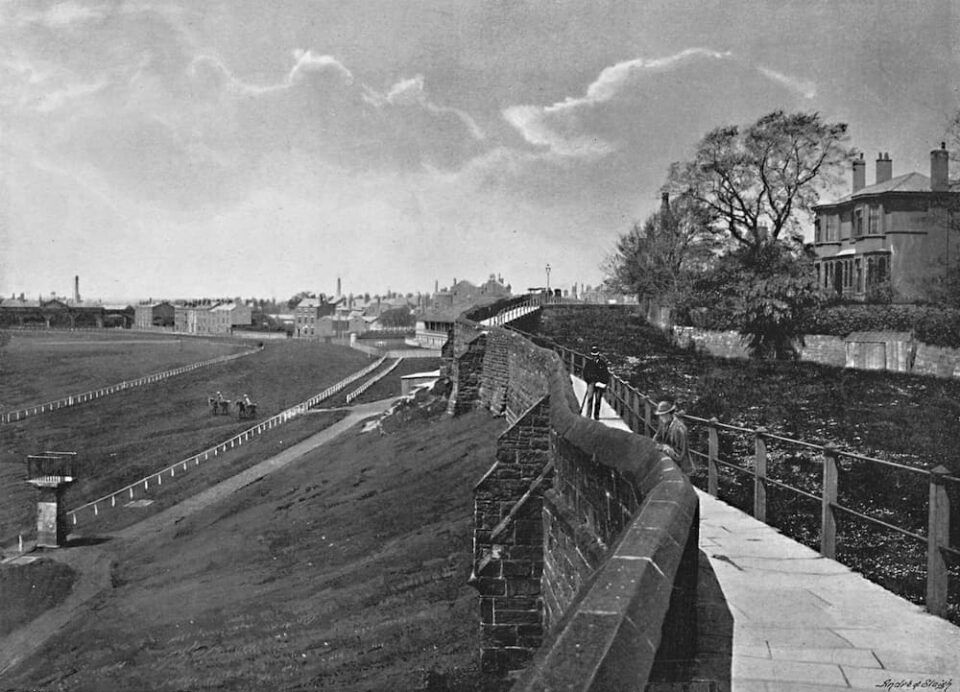 By then, horseracing was a growing sport around the country. Several courses that we know today were already staging meetings. Chester’s Roodee, overlooked by its Roman city wall, has legitimate claims to be the oldest. For many years it had held race meetings on Shrove Tuesday but in 1609 they were moved to St George’s Day, April 23, when the main event was for a prize of three bells, or cups … “being for the Kynge’s crowne and dignyte, and the homage of the Kynge and Prynce with that noble victor, St George, to be continued for ever”.

Bells were a common form of prize in those days. Henry Herbert, 2nd Earl of Pembroke, donated a golden bell worth £50 (equivalent to £12,770 today) for a three-mile race at Salisbury. Of those that survive today, the Lanark Silver Bell (run now at Hamilton since Lanark’s closure in 1977) is said to have been instituted by King William the Lion of Scotland. The Carlisle Bell bears the inscription ‘The Sweftes Horse Thes Bel To Tak For Mi Lade Daker Sake’. It is mentioned in the city records in 1619 when Carlisle’s race meetings were revived. 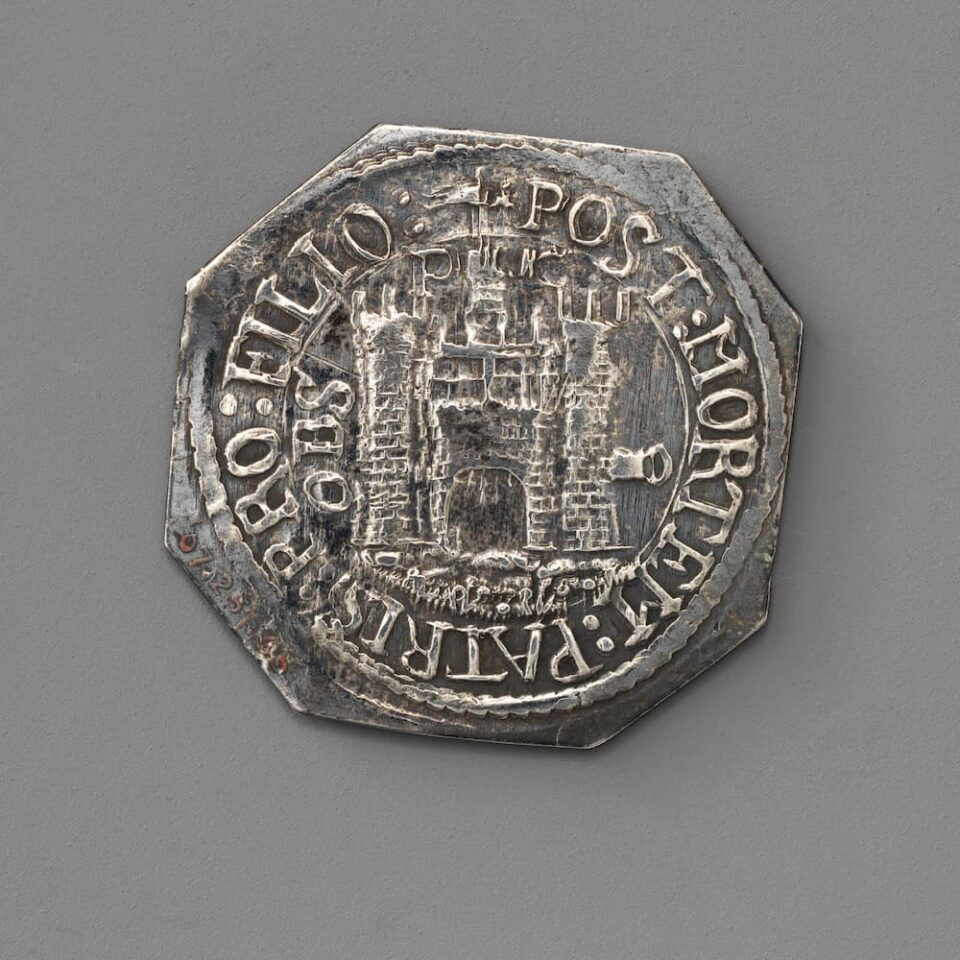 Elsewhere, a map of Doncaster shows a racecourse at ‘Wheatley Moor’ upon which a grandstand had been erected by the dawn of the 17th century. By 1614 it had appointed a groundsman, who was paid one shilling and sixpence for “making the waye at the horse race”. However, his employment did not last long, for the following year the Corporation banned racing there “for the preventinge of sutes, quarrels, murders and bloodsheds”. It eventually resumed, albeit intermittently and was of only minor importance for the remainder of the century.

References to race meetings at Leicester appear in the Chamberlain’s Accounts throughout the 17th century, the earliest including a bill for “5s 8d (about 28 pence) to pay for one gallon of sack (wine) and one pound of sugar to the gentlemen at the horse-running”. Another records nine shillings and fourpence (about 47 pence) being disbursed “for a gallon of sack and two gallons of claret given to Sir Thomas Griffin, Sir Wm Faunt and other gentlemen, at the Angel, at the horse running”. 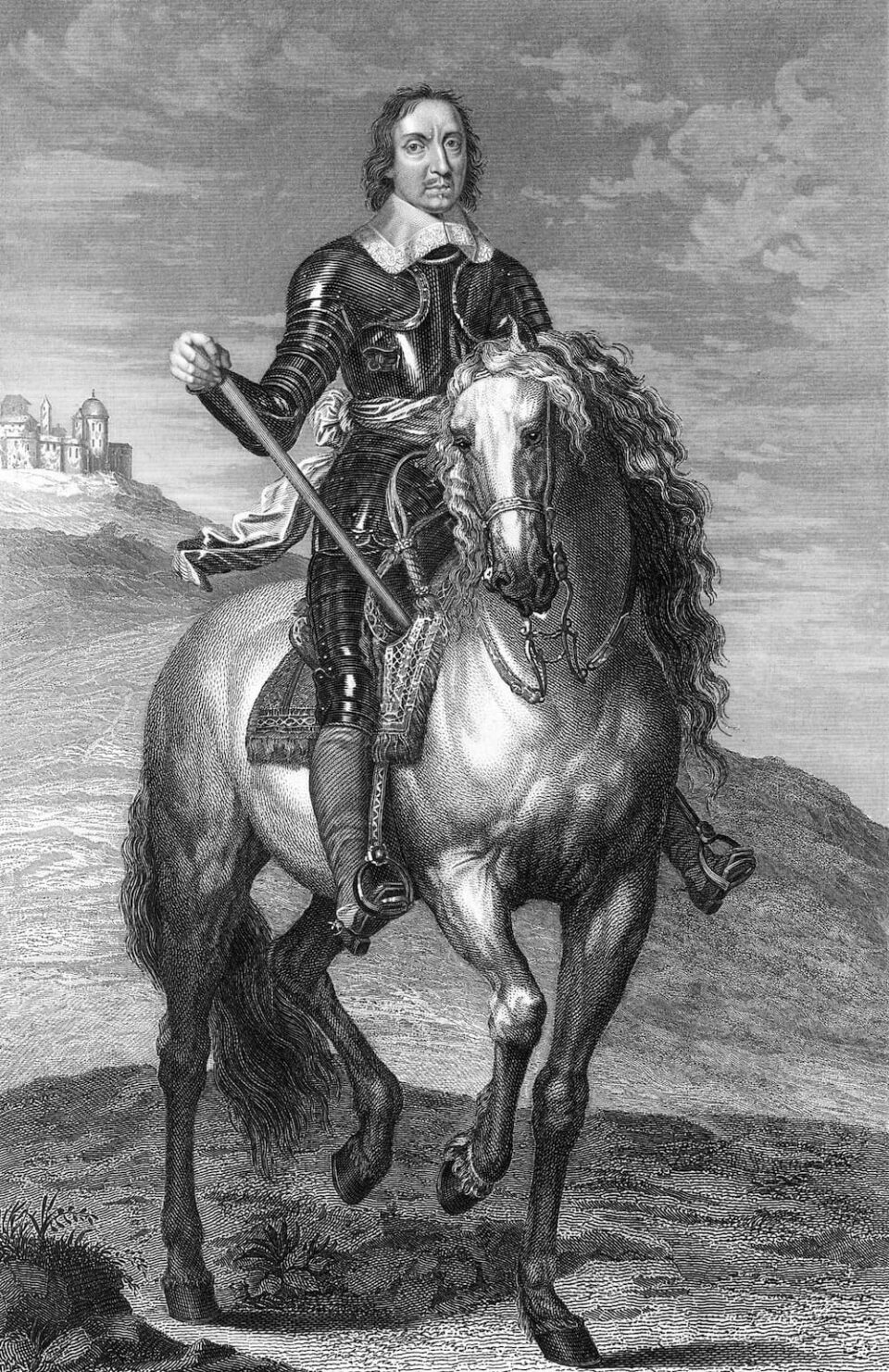 During King James’s many visits to the races at Newmarket and elsewhere, he was often accompanied by his son Charles, Prince of Wales. When Charles inherited the throne on the death of his father in 1625, he too travelled far and wide to enjoy racing.

Charles I was a much better horseman than his father but arguably not quite as obsessed with horseracing, being far keener on hunting, but he regularly attended Newmarket’s Spring and Autumn meetings and maintained the royal studs. In 1634 he presented Newmarket with its first Gold Cup.

Following Charles I’s demise at the hands of Cromwell’s New Model Army in 1649, the republican government put a stop to horse racing, not least due to the sport’s Royalist image. The previous year, during the English Civil War, a group of Royalists met on Epsom Downs “under the pretence of a horse race … intending to cause a diversion on the King’s behalf”. Thus, racecourses were seen as potential venues for organising plots against the Great Rebellion. 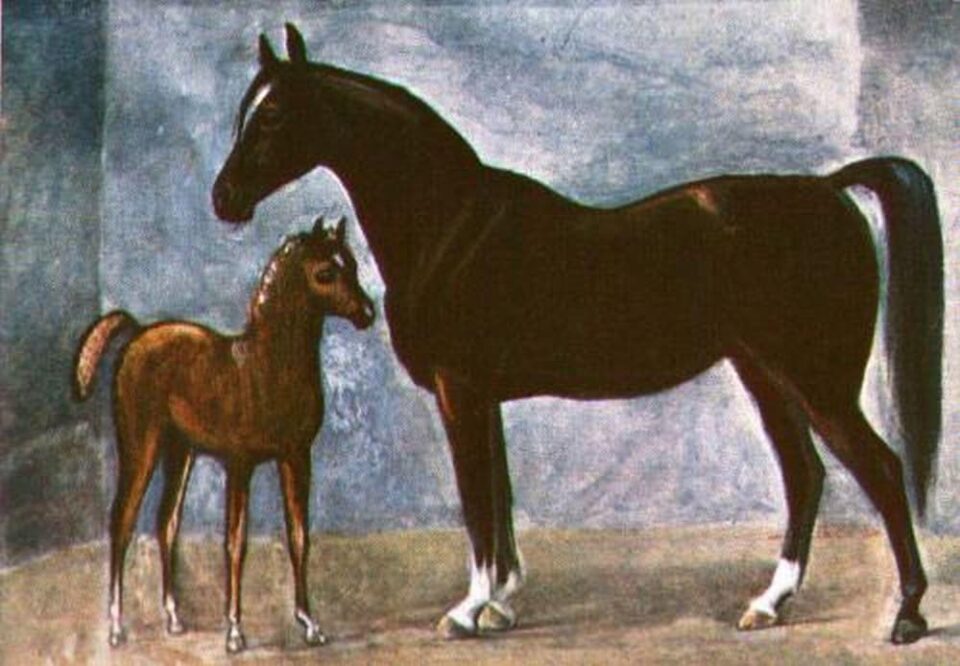 Even the Lord Protector himself, Oliver Cromwell, did not completely kill off the sport. Although his parliamentary soldiers destroyed the royal studs at Eltham and Tutbury, the Council of State acquired the Tutbury horses, declaring that they were the best in England and should not be dispensed. The hypocrisy was that Cromwell himself appreciated good horses, enough to import them from Italy and the Middle East.

Probably the most influential broodmare of that time was Old Bald Peg, foaled around 1655. Little is known of her origins except that she was by an Arabian stallion. She bred the Old Morocco mare, dam of Spanker, said to have been the best horse in Newmarket during the reign of Charles II. Spanker, in turn, sired (fathered) the great-granddam (great-grandmother) of Flying Childers, widely regarded as the first great racehorse. Later descendants of Old Bald Peg include the first Derby winner Diomed plus 20th century Derby winner and six-time champion sire Hyperion. 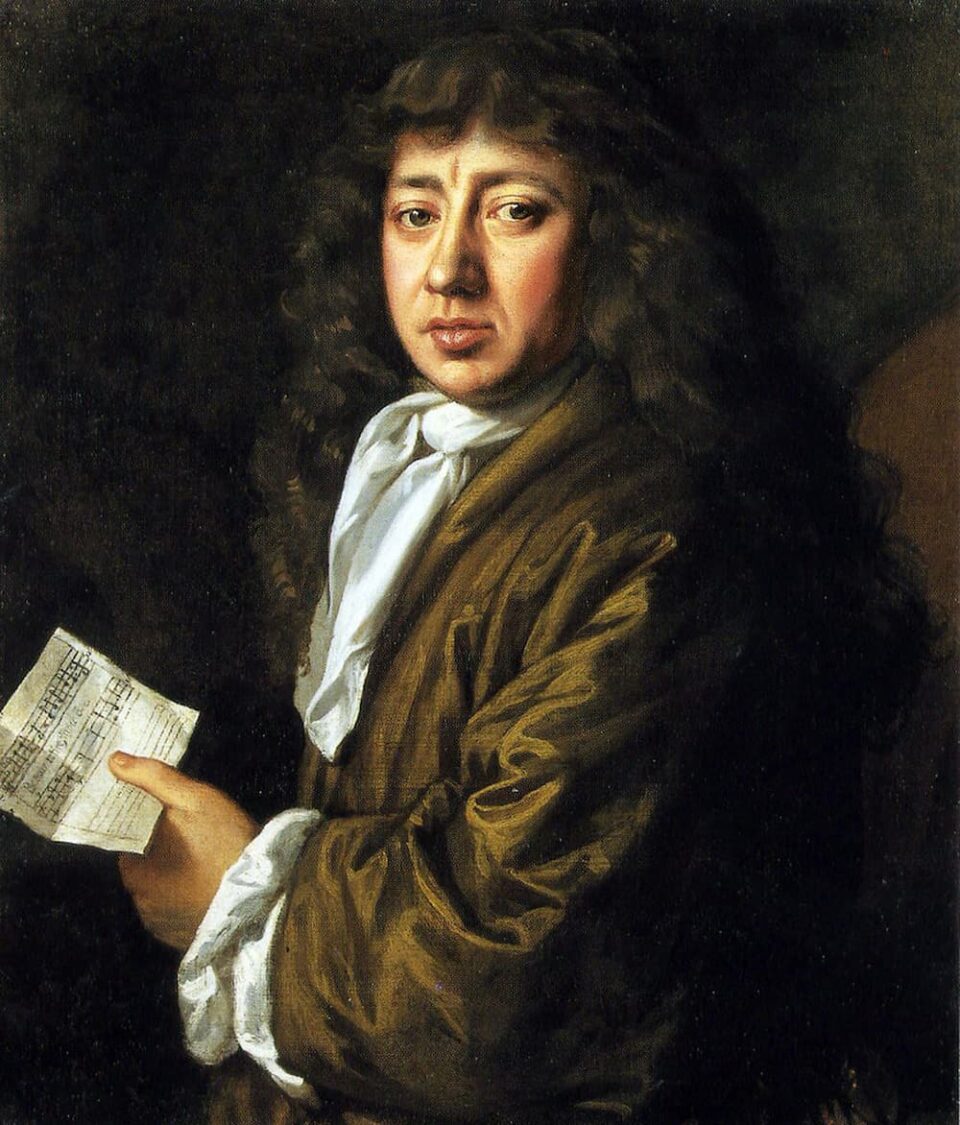 With the restoration of the monarchy under King Charles II in 1660, new racecourses soon appeared. Banstead Downs, near Epsom, was the first, established in 1661 (or re-established, as records suggest there may have been racing there prior to the Civil War). Diarist Samuel Pepys came to drink Epsom’s mineral spring waters in 1663 and commented “there was a great thronging to Banstead Downs, upon a great horse-race and foot-race. I am sorry I could not go thither”.

Ripon was another new venue. Races were first held on Bondgate Green in 1664, subsequently relocating to Monckton Moor.

Meanwhile, Edinburgh’s racecourse was moved from Leith to Musselburgh Links, where they raced on the sands. It was not a popular move. The ‘Sporting Magazine’ reported: “the sands at Leith where the races are held at present are in every respect so severe and ruinous to the horses and so uncomfortable for the Company that they are now almost entirely neglected even by the Scots gentry themselves.” Furthermore, as far as the country’s leading publication ‘The Scotsman’ was concerned, the course was “a reproach to the metropolis of Scotland”. 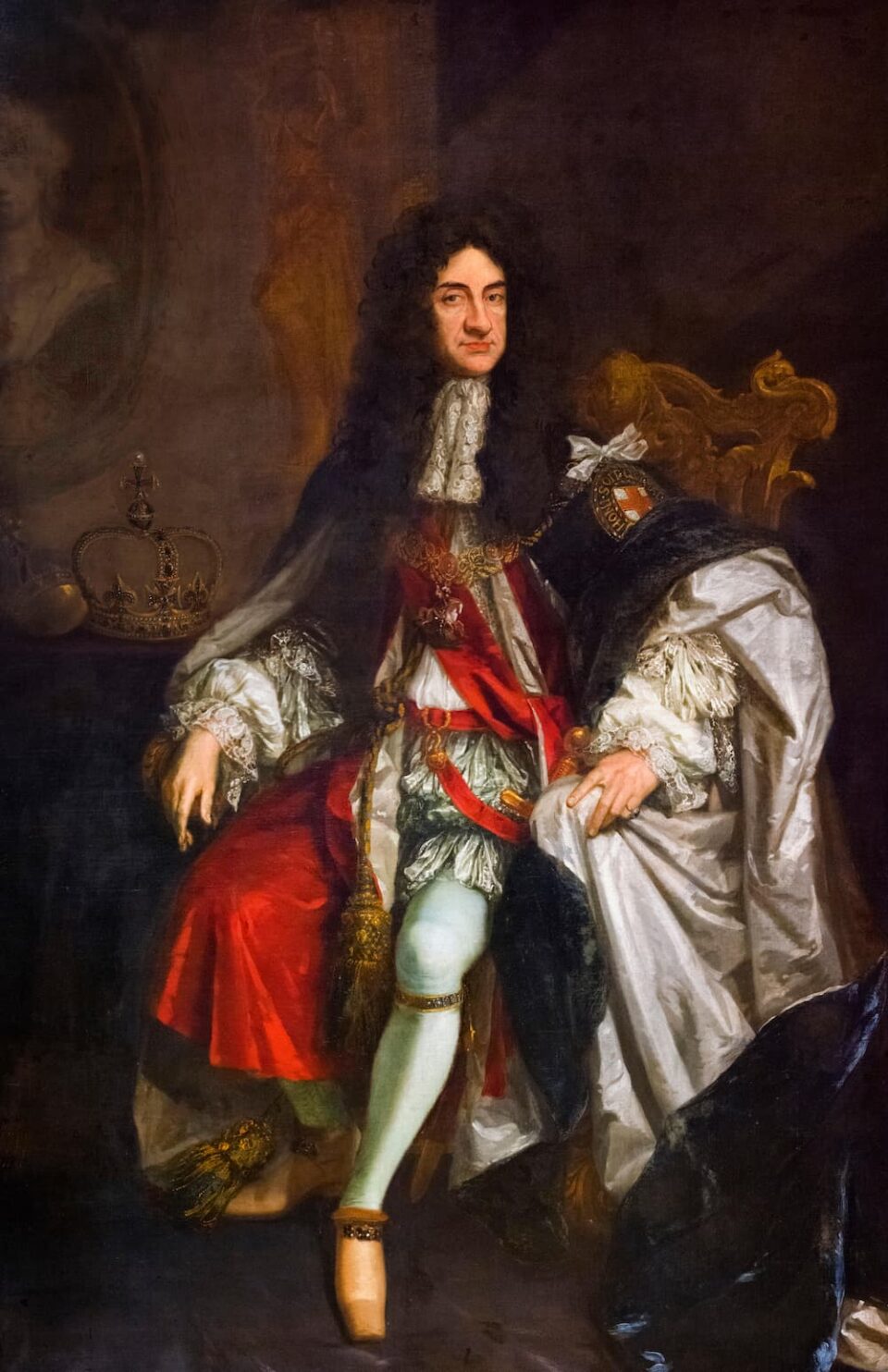 Although horse racing had taken place on Newmarket Heath before the restoration, it wasn’t until afterwards that it truly came into its own. And credit for that – and horse racing in general – is due largely to King Charles II.

In 1665 (some accounts say 1664) Charles drew up conditions for a “Twelve-Stone Plate” to be run over the “New Round Course” at Newmarket on the second Thursday in October “for ever”. The Town Plate, as it was called, still takes place today, now a race for amateur riders, starting on the ‘round course’ adjacent to the National Stud and finishing up the straight of the July Course.

Nor was the Merry Monarch content with being merely a spectator. In addition to laying down the first rudimentary form of rules, occasionally acting as judge and adjudicating on disputes, he even rode in races. He also inaugurated King’s Plates, worth 100 guineas, to test and improve the resilience of the racehorse. Run over four miles with all horses carrying twelve stone, they became the most prestigious contests in the racing calendar.

Such was his enthusiasm, he was nicknamed ‘Old Rowley’ after his favourite hack, a name which has been maintained to this day with Newmarket’s Rowley Mile course. 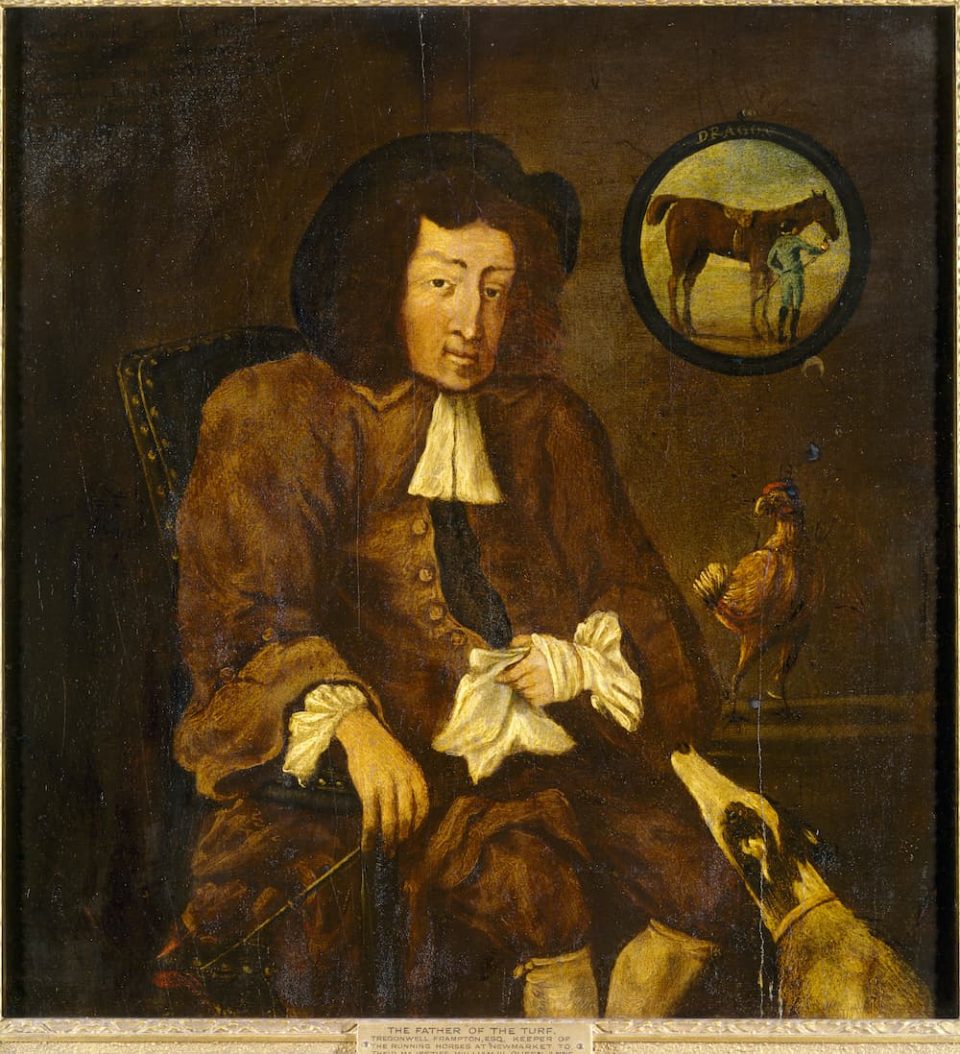 The brief, three-year tenure of Charles II’s younger brother King James II left no mark on the Turf one way or the other. However, during his reign professional jockeys were allowed to compete in races for the first time, having previously only been permitted to ride in training gallops. Prior to this, the horses had been ridden either by their owners or by the owners’ servants.

James II’s daughter Mary and her Dutch husband William III came to the throne in 1689. The pressures of defeating James II’s Jacobite troops in an attempt to recover his kingdoms at the Battle of the Boyne prevented William from devoting much time to racing during the early years of his reign, but one of his first acts – and arguably his greatest contribution to racing – was to appoint Tregonwell Frampton to the position of Keeper of the Running Horses at Newmarket, a role for which he was paid £1,000 a year.

William owned several racehorses and often bet heavily on them. On one occasion, in a £500 match, his best horse, Stiff Dick – a name unlikely to be deemed acceptable nowadays – defeated the Marquess of Wharton’s horse Careless. 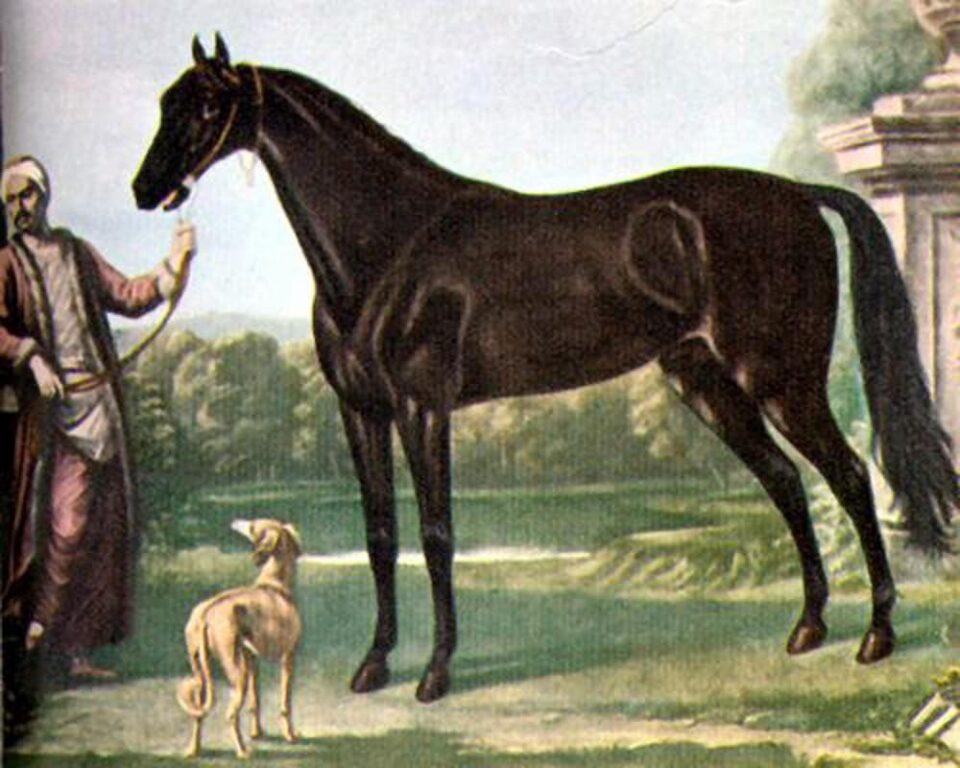 Throughout the 17th century, Galloways had been the main breed of British racehorse. The Galloway was a light but tough breed emanating from that region of south-west Scotland, usually standing between 14 and 15 hands. But the arrival of three stallions from the Middle East – the Byerley Turk, the Darley Arabian and the Godolphin Arabian – was to change all that and create the breed from which all of the world’s racehorses can be traced: The Thoroughbred.

The first to arrive was the Byerley Turk in the 1690s. Reputedly seized by Captain Byerley as a spoil of war from the Turkish army, his owner rode him in the Battle of the Boyne before standing him as a stallion at his stud in Yorkshire. Though his lineage is no longer as dominant as the two who would follow him in the early years of the 18th century, his ancestry has endured and still survives today. 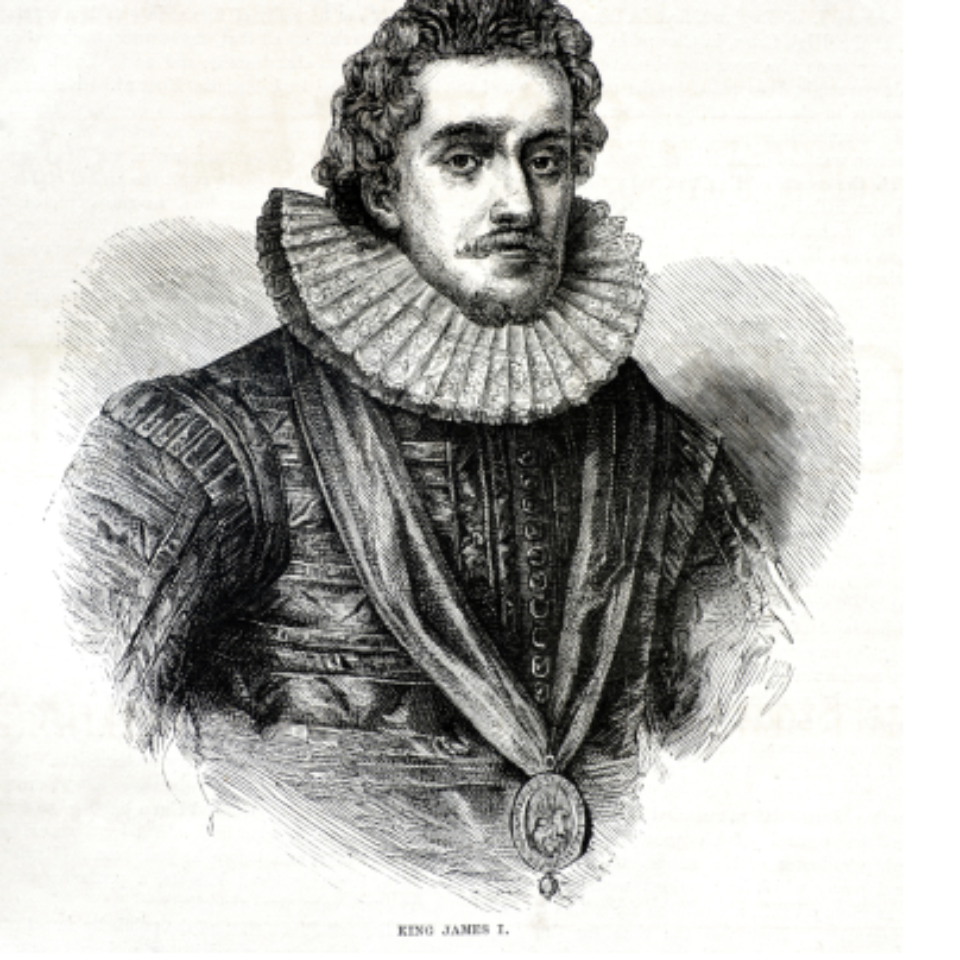 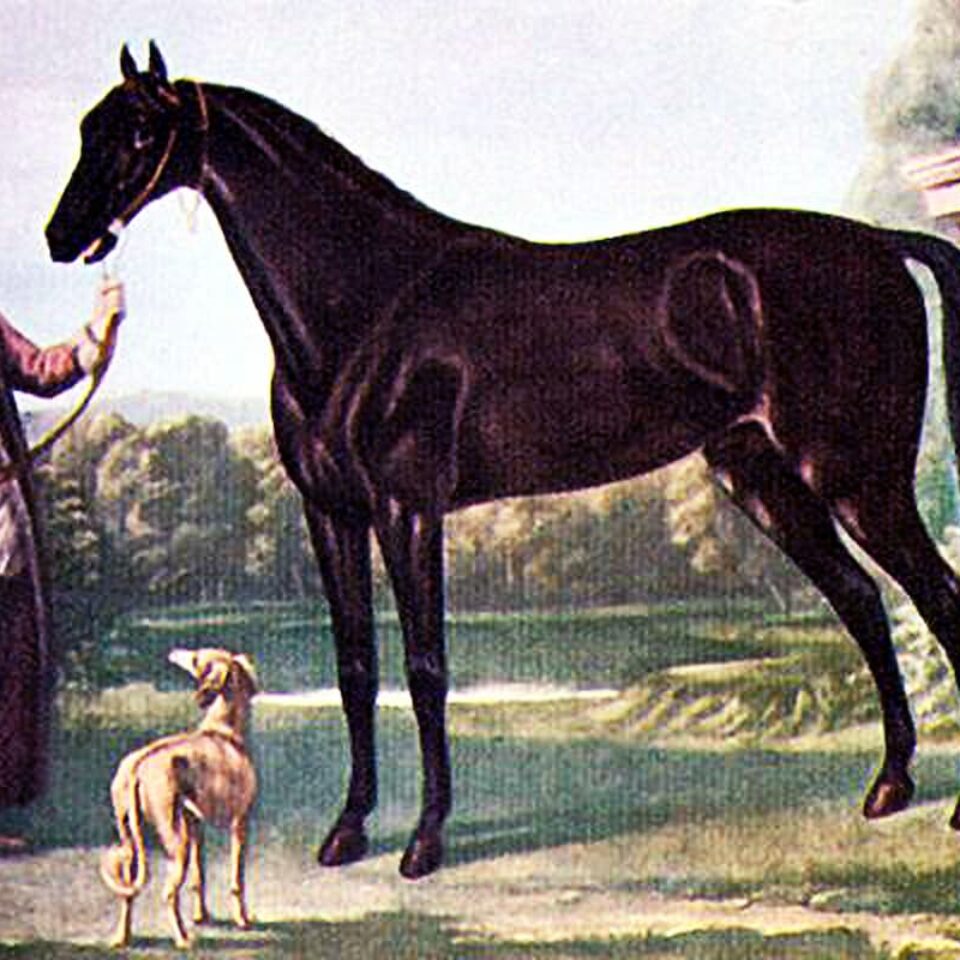 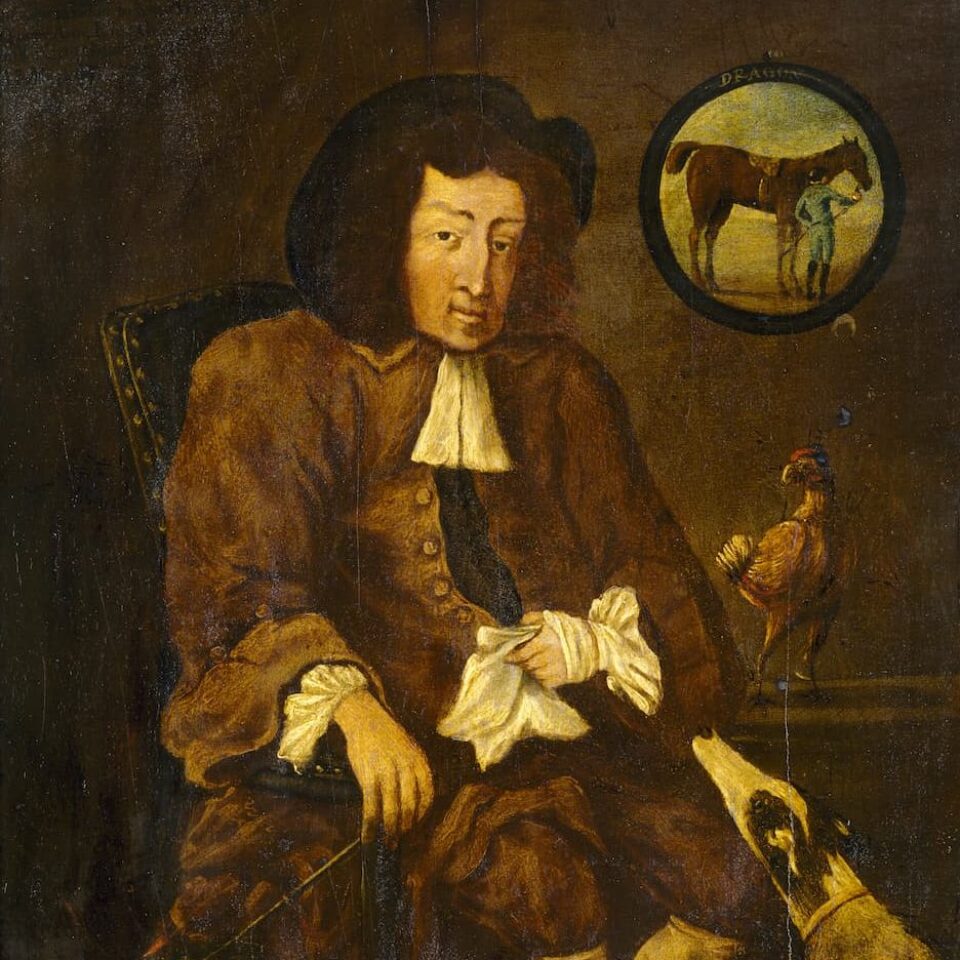 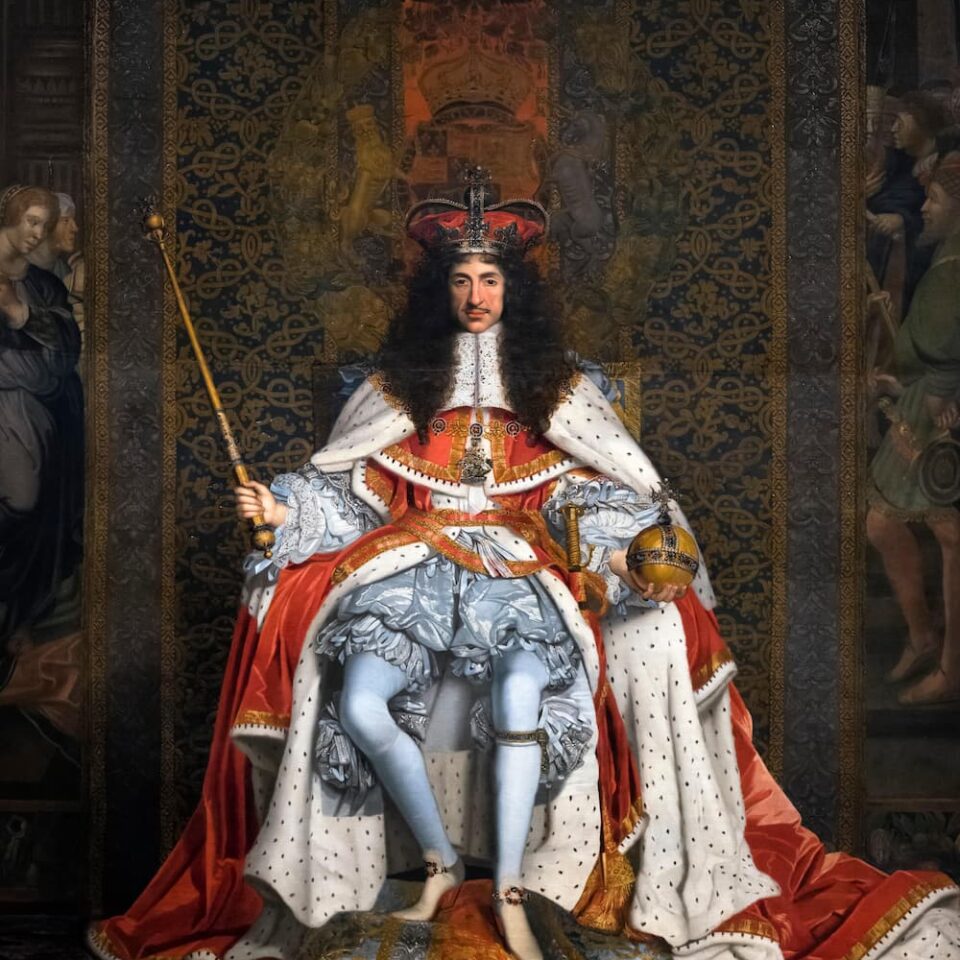 Keep up to date

Would you like to receive updates when the next century of highlights is released? 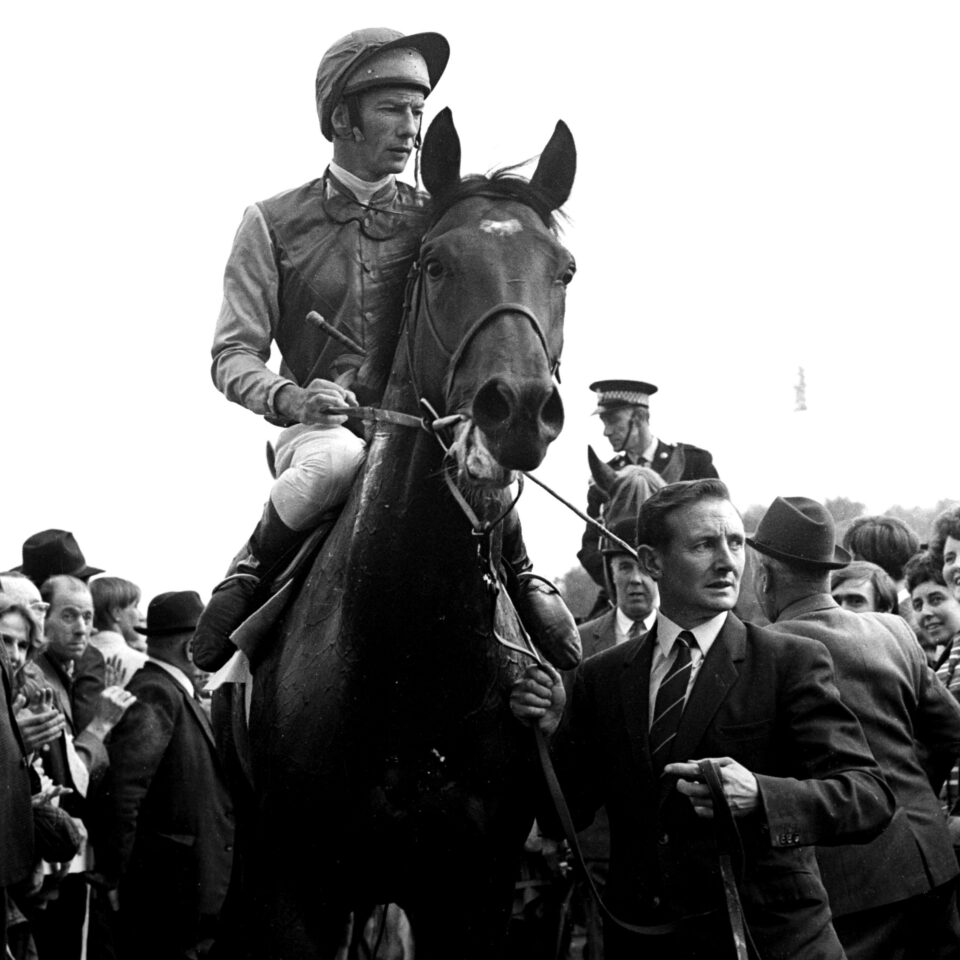 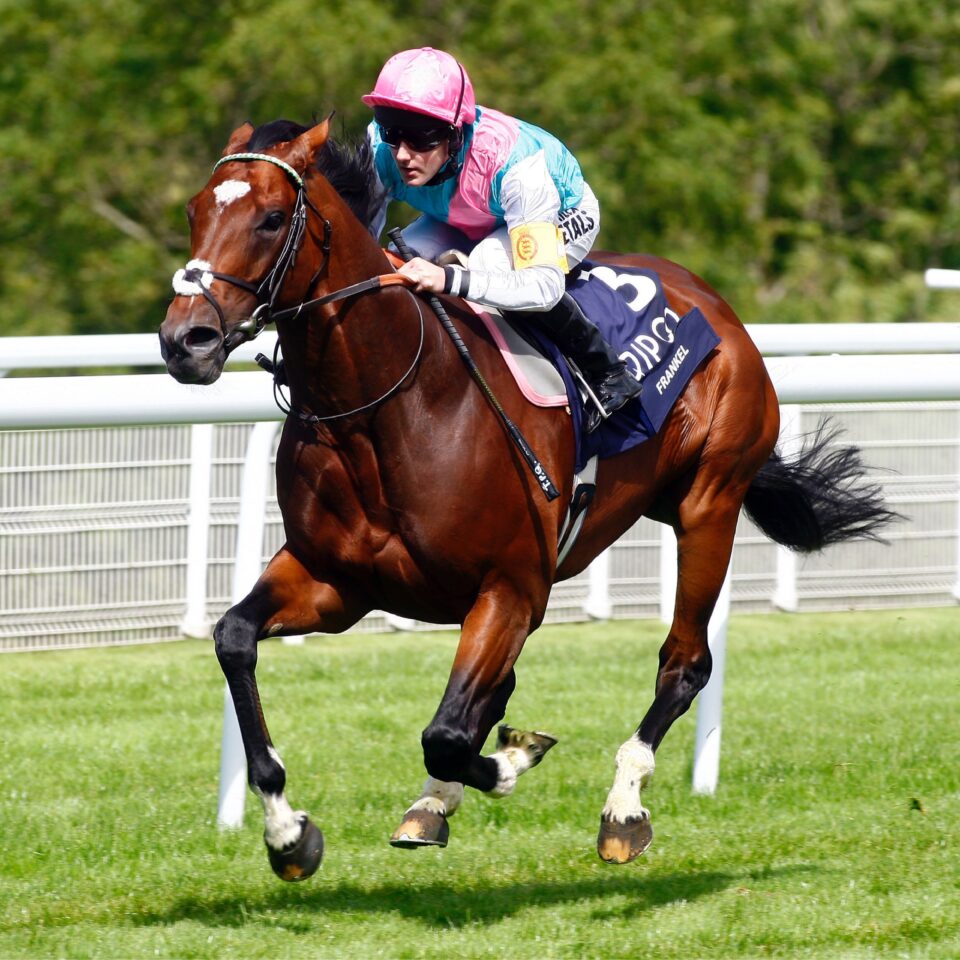