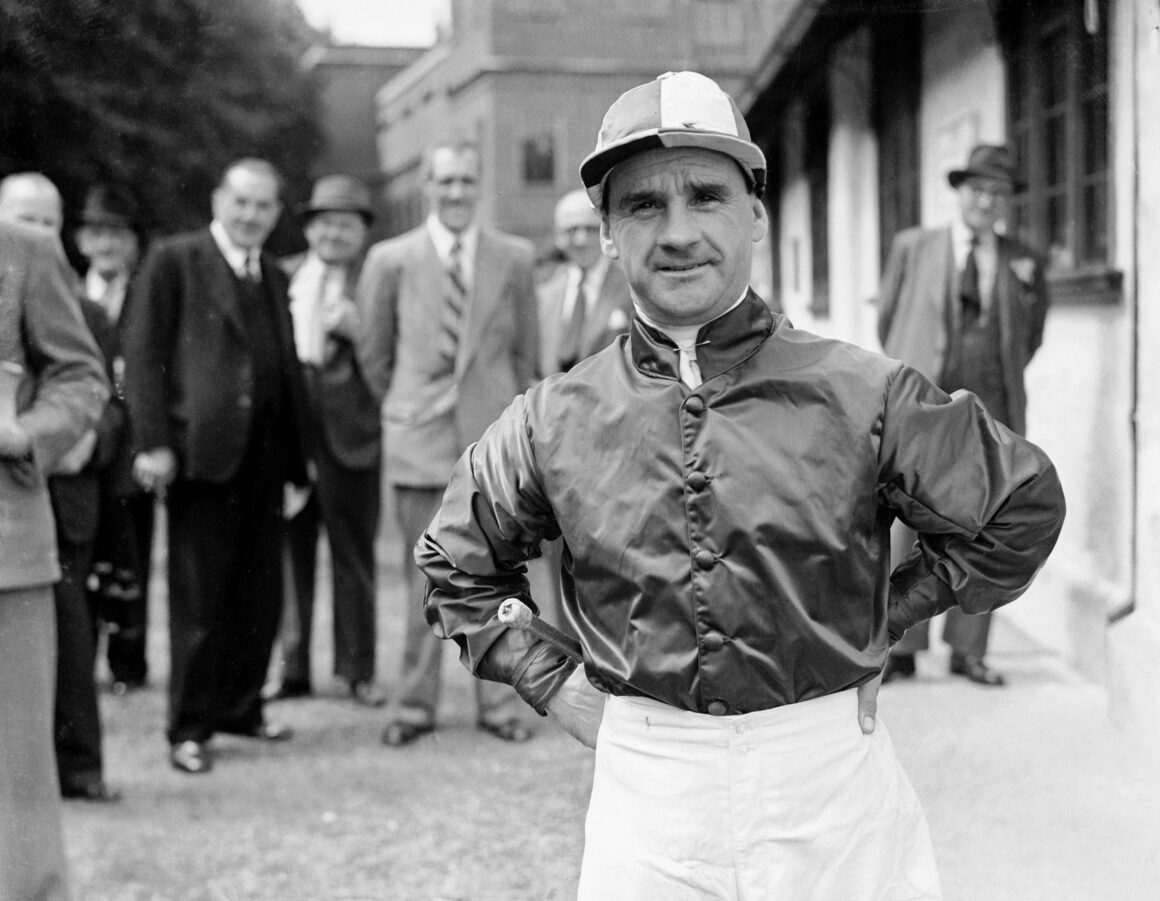 Only one jockey other than Gordon Richards was Britain’s champion jockey between 1931 and 1953 – and that was because Richards had suffered a broken leg in 1941, gifting the title to Harry Wragg. That is an indication of his dominance in what was a vintage era of jockeys.

Born in the Shropshire village of Donnington Wood on 5th May 1904, the son of a miner, he began his working life as a clerk in a warehouse. However, he did not stay there long, becoming apprenticed to Martin Hartigan, who trained at Foxhill, Wiltshire in 1919. He rode his first winner, Gay Lord, at Leicester on 31st March 1921.

Having completed his apprenticeship in 1924, he accepted an offer to ride for Captain Timmy Hogg. In his first season as a fully-fledged jockey in 1925 he became champion for the first time, riding 118 winners.

He won his first Classic on Lord Glanely’s filly Rose Of England in the 1930 Oaks. The following year he accepted Beckhampton trainer Fred Darling’s offer to ride as his stable jockey. In October 1933 he rode 12 consecutive winners over a three-day period, finishing the season on 259 winners, breaking Fred Archer’s record of 246, set in 1885.

Short (4ft 10ins) and stocky, he had an unorthodox style, slewing his body round during a tight finish so that his weight became unevenly distributed. It looked ungainly but it worked and his mounts rarely veered off a straight line.

The one major race that had eluded him was the Derby, which he finally won at the 28th attempt on Pinza, who beat the Queen’s Aureole in 1953. Later that month he became the first jockey to receive a knighthood.

He began training in 1955, initially at Beckhampton, then at Ogbourne Maizey, and finally at Whitsbury, from where he sent out Reform to win the 1967 Champion Stakes, ridden by his long-time stable jockey Scobie Breasley. He retired in 1969 to become racing manager for Sir Michael Sobell, Lord Weinstock and Lady Beaverbrook.

Sir Gordon died in 1986, aged 82. His total of 4,870 winners is still a British record. He was British Flat racing’s champion jockey 26 times, another record which still stands.