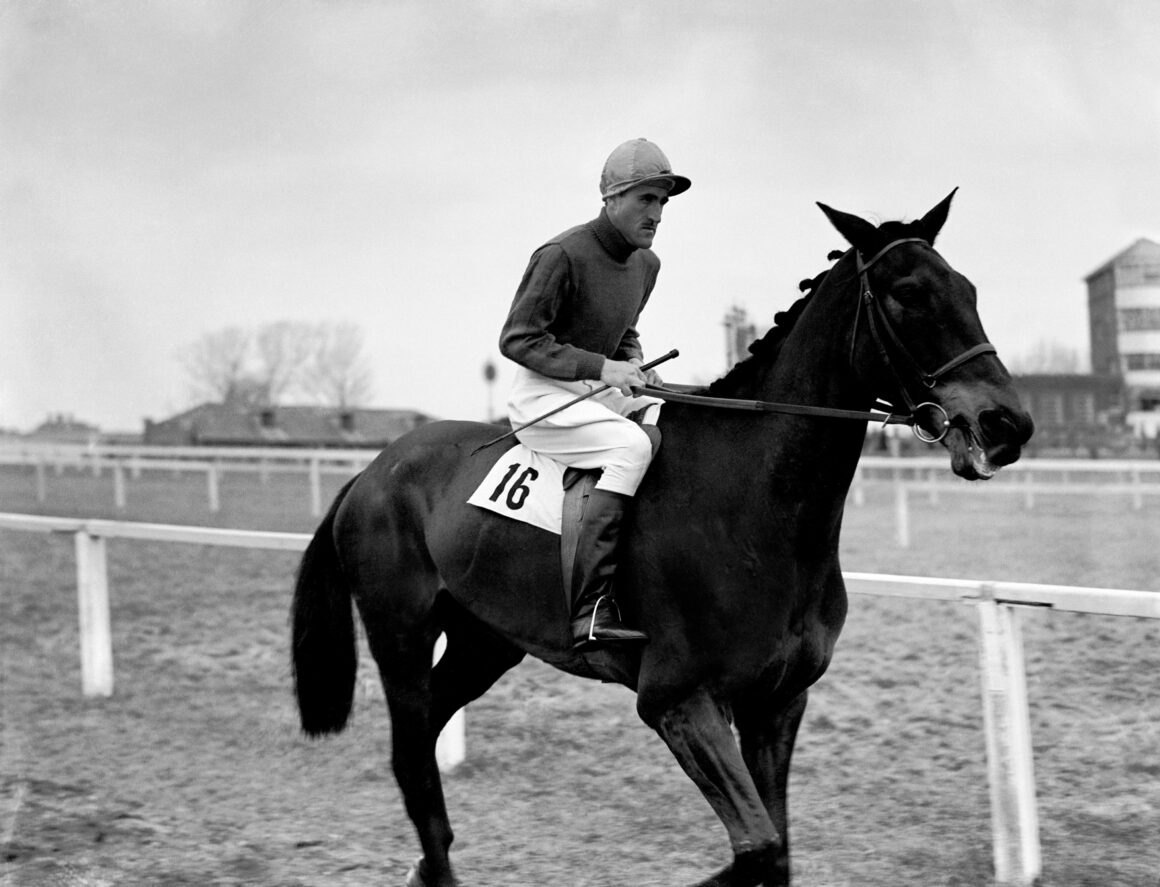 Very few racehorses become well-known names to the non-racing public. Those that do tend to be jumpers, primarily because they are around for several years and so become familiar. Those who make their mark on the Flat rarely remain in training long enough to attract the affections of the public. During the 20th century, none made a more significant impact for their exploits on the Flat than Brown Jack, six-time winner of Ascot’s Queen Alexandra Stakes (1929-1934).

Brown Jack was bred in Ireland and started his career there, running twice without success, before being bought by National Hunt trainer Aubrey Hastings, acting for Sir Harold Wernher. He made his British debut in September 1927 in a three-year-old hurdle race at short-lived Bournemouth, running creditably to finish third. He then won seven of his ten races over hurdles that season, culminating in the 1928 Champion Hurdle. Steve Donoghue saw Brown Jack win that day at Cheltenham and suggested to Hastings that the horse should be trained for the Flat.

The combination of Brown Jack and Donoghue went on to become a standing dish at Ascot, beginning their association with the meeting by winning the Ascot Stakes in 1928. But it was in Britain’s longest Flat race, the two-and-three-quarter-mile Queen Alexandra Stakes, that they achieved their fame, winning it for the first time in 1929.

Hastings died later that year and Ivor Anthony became Brown Jack’s trainer. His monopoly of the Queen Alexandra Stakes continued for the next five years. However, he was far from just a once-a-year performer. He ran 55 times on the Flat, winning 18 races. Being a gelding, he was barred from running in the Ascot Gold Cup but his victories included the Goodwood Cup, Doncaster Cup, Chester Cup (carrying 9st 6lb), the Ebor Handicap with 9st 5lb, the Prince Edward Handicap at Manchester with 9st 7lb and the Rosebery Memorial Handicap at Epsom with 9st 11lb.

His sixth and final Queen Alexandra Stakes victory was an emotionally-charged occasion, the crowd willing the ten-year-old home. He passed the winning post two lengths ahead of his nearest rival. Anthony could not bear to watch the race and sat alone on a seat in the paddock until the cheering told him that Brown Jack had won.

He was retired immediately after the race and enjoyed a long retirement at his owner’s home at Thorpe Lubenham Hall, Market Harborough, until his death, aged 24, in 1948.