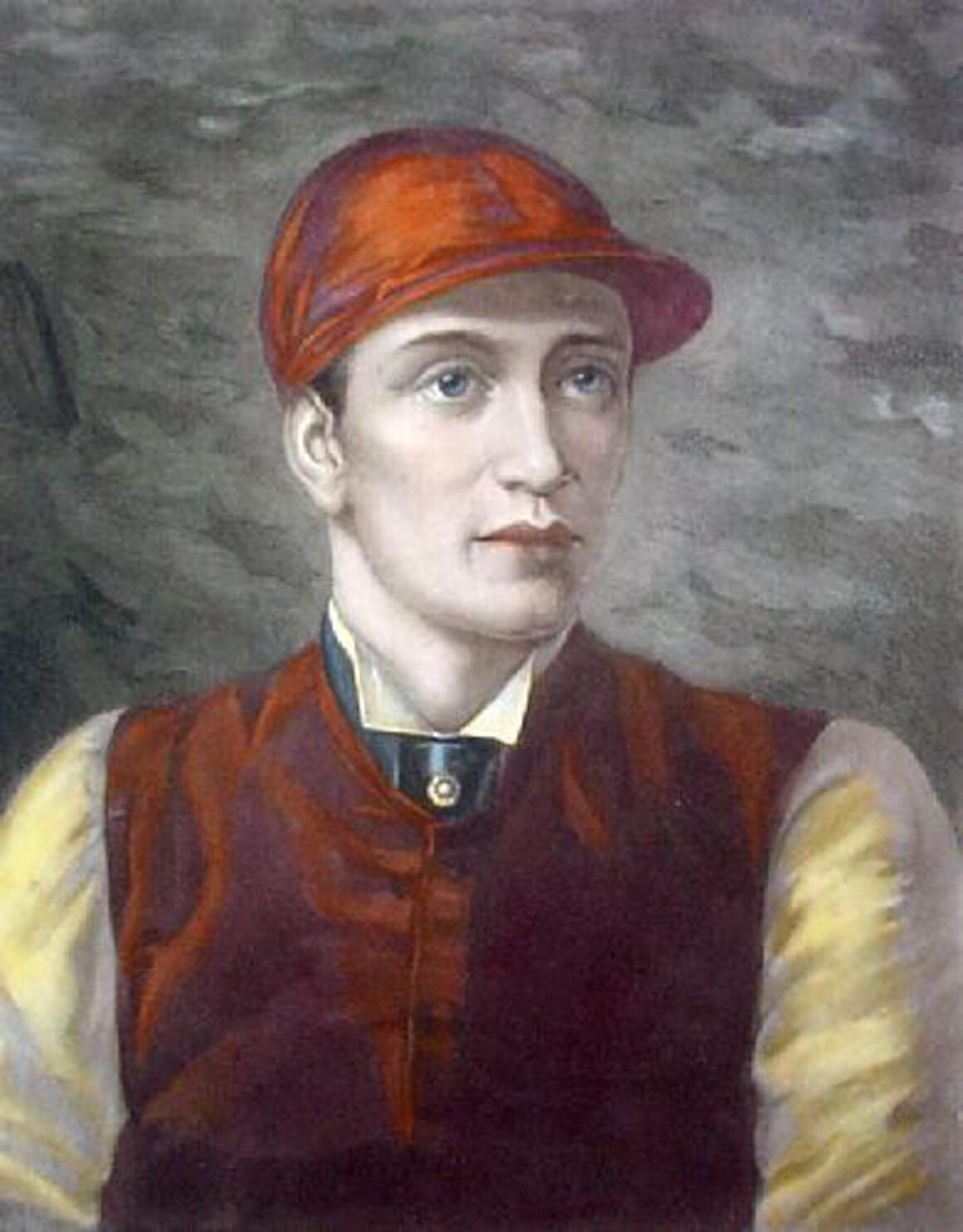 Born in Prestbury, Cheltenham, the son of Grand National-winning jockey William Archer, Frederick James Archer (Fred Archer) was among the most famous sportsmen of the Victorian era, earning the public’s esteem as no other jockey had done before. Champion jockey 13 years in succession from 1874 to 1886, he rode 21 Classic winners including five of the Derby.

Archer served his apprenticeship with Mat Dawson at Heath House, Newmarket, riding his first winner under Jockey Club rules on Athol Daisy at Chesterfield on 28th September 1870. He achieved his first important success on Salvanos in the 1872 Cesarewitch. Two years later he won his first Classic, the 2,000 Guineas on Lord Falmouth’s colt Atlantic, ending the season as champion jockey for the first time.

The combination of Lord Falmouth, Mat Dawson and Fred Archer became one of the most potent forces in British racing. Twelve of Archer’s Classic wins were on horses Dawson trained for Falmouth. Nicknamed ‘The Tinman’ for his careful attitude to money (‘tin’ being Victorian slang for cash), his services were widely sought by top owners and trainers. Tall for a jockey at 5ft 9ins, he fought a constant battle with the scales throughout his career. To keep his weight down, he resorted to a strong purgative that became known as ‘Archer’s Mixture’. The continual wasting affected him both mentally and physically. Always introspective, he became increasingly highly-strung and melancholic.

Archer married Helen Rose Dawson, daughter of John Dawson, Mat’s brother, in January 1883. Sadly, the marriage was beset by tragedy. In January 1884, Helen Rose gave birth to a son who died within a few hours. By the autumn she was expecting another child and gave birth to a daughter. Archer, who had just won Liverpool’s Autumn Cup, received a telegram in the weighing room saying all was well and returned to Newmarket that night, only to find his wife in convulsions and dying in agony without recognizing him. His grief over the loss of Helen Rose never subsided, though it did not impinge on his riding. He achieved a career-best score of 246 in 1885. In 1886 he won his fifth Derby on the Duke of Westminster’s Ormonde, then adding the St Leger at 7-1 on. During that autumn he developed a fever but continued to ride despite his deteriorating health.

On Thursday 4th November he finished unplaced on odds-on favourite Tommy Tittlemouse at Lewes, gave up his remaining rides and returned to Newmarket and, once home, went to bed. By Sunday he felt slightly better, but the following afternoon, possessed by the thought he was going to die, he shot himself with the pistol he kept by his bedside. He was 29 years old.

Fred Archer rode a total of 2,748 winners during his career. His record 246 winners in a season stood for 62 years until surpassed by Gordon Richards.