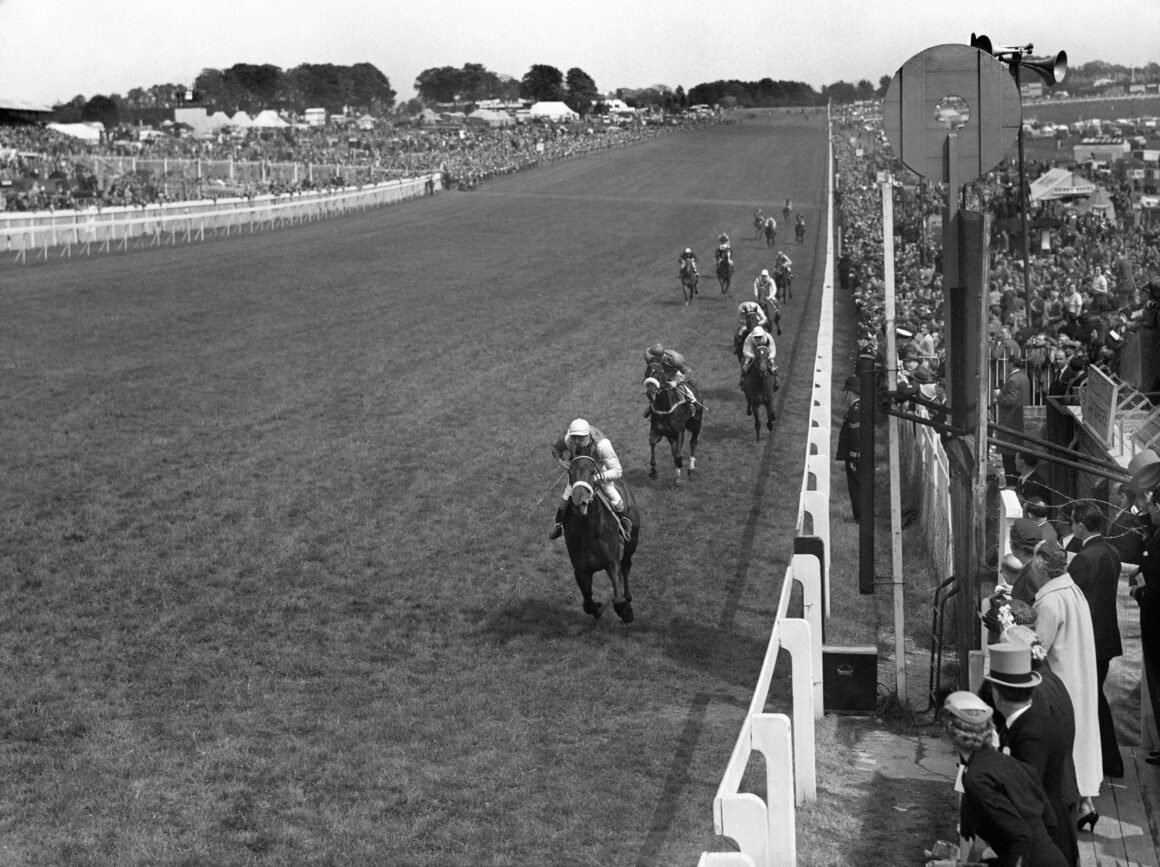 Triple Crown heroine Meld can be ranked alongside Sceptre, Pretty Polly and Sun Chariot as one of the great fillies of the 20th century.
Bred by her owner, Lady Zia Wernher and trained at Newmarket by Cecil Boyd-Rochfort, Meld was by the great stayer Alycidon out of the Fair Trial mare Daily Double. Early in her two-year-old career Meld split a pastern so did not make her debut until the end of September, when she finished a creditable second to her stable-companion Corporal at Newmarket. Three weeks later she won a six-furlong Newmarket maiden, drawing clear in the final furlong to win by four lengths.
Ridden throughout her three-year-old campaign by stable jockey Harry Carr, Meld was sent off 11-4 favourite for the 1,000 Guineas. She dominated her rivals both in the paddock and in the race, winning comfortably by two lengths. She then won the Oaks by six lengths from Ark Royal, winner of the Lingfield Oaks Trial. Ark Royal won all her subsequent races, namely the Ribblesdale, Yorkshire Oaks, Park Hill Stakes and Newmarket Oaks and was good enough to have won the Oaks nine years out of ten, yet Meld trounced her at Epsom. Next time out, Meld won Royal Ascot’s Coronation Stakes – postponed until July due to a railway strike – by an effortless five lengths.
Her final race was the St Leger, for which she started a hot favourite at 11-10 on. The race took place amid a coughing epidemic which had affected nearly every Newmarket stable since late summer. Boyd-Rochfort’s horses were hard hit, Meld being just about the only one who had not so far coughed.
The early St Leger pace was very slow but even early on Carr sensed that Meld was not her usual self. She took the lead two furlongs out but, obviously tiring, drifted towards the rails inside the last furlong, causing Lester Piggott to switch his mount Nucleus to the outside. Meld held on gamely to win by three-quarters of a length. Piggott lodged an objection on grounds of crossing which was quickly overruled by the Doncaster stewards. No sooner had Meld returned home than she began coughing and ran a high temperature. Tests revealed that she had been developing symptoms of the cough before the race, thus explaining her lacklustre performance.
Meld’s stud career was comparatively disappointing bar for one outstanding success when her son Charlottown won the 1966 Derby.