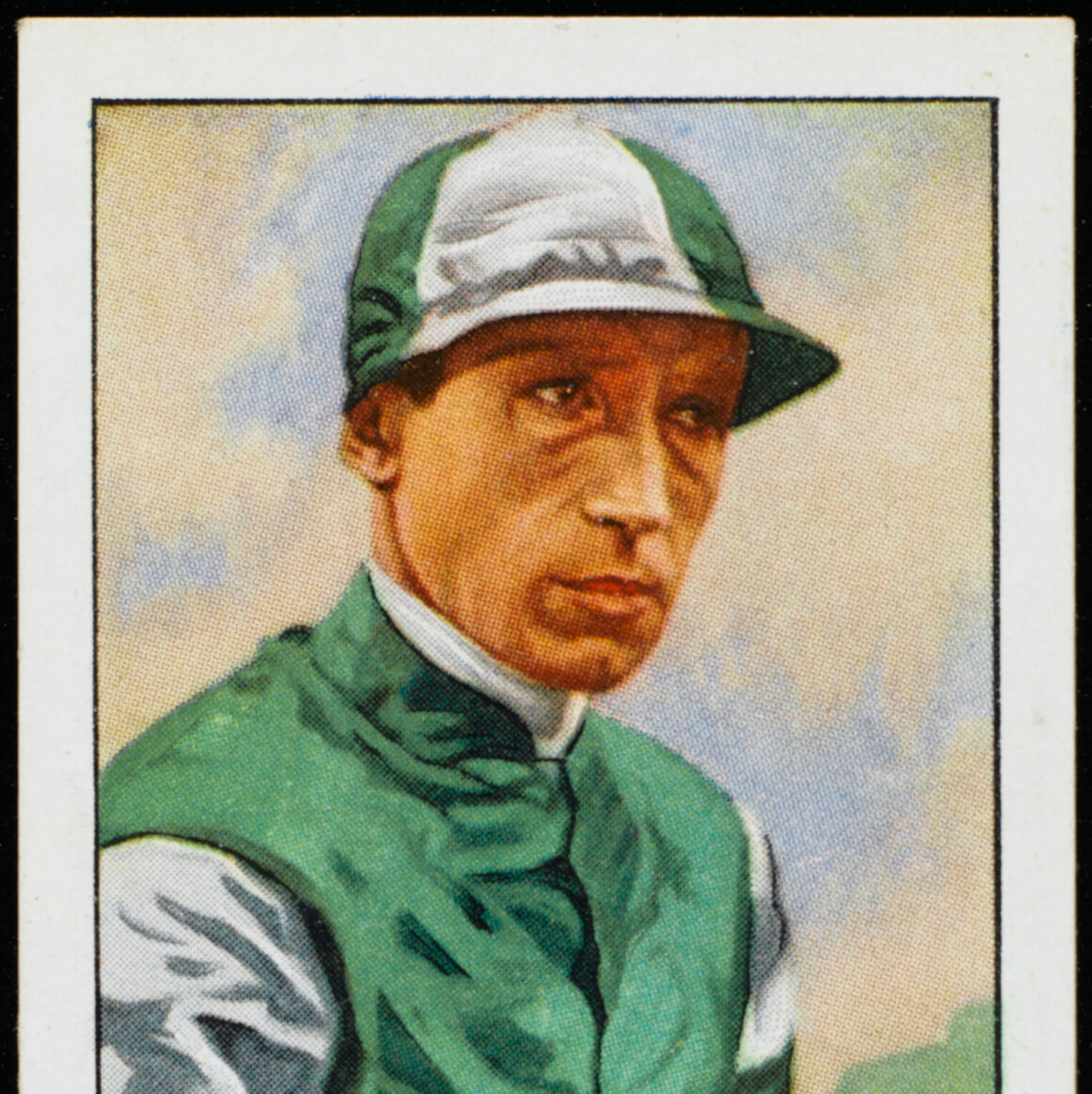 Harry Wragg was one of the very few Flat jockeys to succeed at the highest level as both a rider and a trainer. As a jockey, he numbered three Derby winners among his 13 Classic victories and trained Psidium to spring a 66-1 Derby upset in 1961.

Wragg was born in Sheffield on 10th June 1902, the son of a brass worker. He served his apprenticeship with Bob Colling at Newmarket, riding his first winner on a horse named Flying Duck at Derby in September 1919. He achieved his first major success on Will Somers, owned by King George V, in the Ormonde Plate at Newmarket in 1921. Two years later he was riding regularly for the King’s trainer Richard Marsh.

He subsequently became first jockey to Lambourn trainer Captain Ossie Bell, for whom he gained his first Classic success on Felstead in the 1928 Derby. He won the race again two years later on Blenheim, trained by Dick Dawson, delivering a perfectly-timed challenge to lead inside the final furlong and score by a length.

He also rode for Jack Jarvis, for whom he guided Lord Rosebery’s colt Sandwich to a four-length victory in the 1931 St Leger. Other top races he won for Jarvis included the Eclipse Stakes on Miracle, the Ascot Gold Cup on Foxhunter and the 1934 1,000 Guineas on Campanula.

Wragg’s two younger brothers Sam and Arthur both rode their share of winners. On one occasion, at Newcastle in June 1933, Harry finished first, beating Arthur’s mount by three lengths, with Sam two lengths away in third.

When Gordon Richards broke a leg in 1941, Wragg became champion jockey for the only time with 71 winners. The following year he was appointed first jockey to Lord Derby and made an auspicious start by winning the Derby for him on Watling Street. By the end of 1945 he had ridden five more Classic winners for Lord Derby: Herringbone (1943 1,000 Guineas and St Leger), Garden Path (1944 2,000 Guineas) and Sun Stream (1945 1,000 Guineas and Oaks).

Nicknamed ‘The Head Waiter’ because of his penchant for producing horses with a late run, he retired in 1946, bowing out on a winning note by winning the Manchester November Handicap on his final ride, bringing to an end a career that had yielded 1,774 winners.

He commenced training at Abington Place, Newmarket, in 1947 and over the next 35 years trained over 1,000 winners, including five British Classics, highlighted by Psidium’s shock victory in the 1961 Derby. He also trained nine Irish Classic winners including three of the Irish Derby, and enjoyed considerable big race success in Italy and Germany.

Wragg retired in 1982, whereupon his son and assistant Geoffrey took over and saddled Teenoso to win the 1983 Derby.