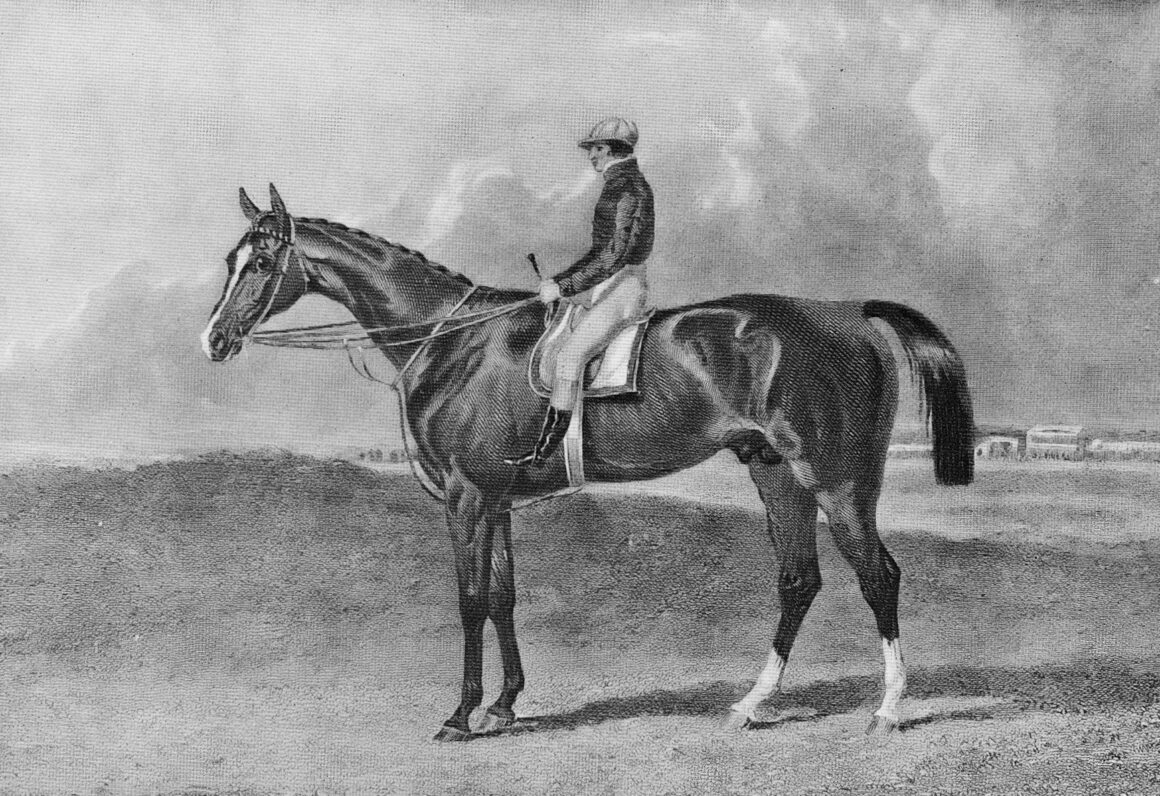 Born at Holton St Mary, Suffolk, the son of a farmer, Elnathan (Nat) Flatman was Britain’s first official champion jockey. Described as “a good jockey by profession rather than a brilliant horseman by intuition”, he was honest, modest and highly popular among owners, trainers and fellow jockeys.

Flatman started his working life as an errand boy in Cambridge before becoming apprenticed to Newmarket trainer William Cooper in 1825. Progress was slow and it was four years before he had his first ride in public. He rode his first Classic winner on Preserve in the 1835 1,000 Guineas.

Flatman won 10 Classics altogether, landing the 1,000 Guineas, 2,000 Guineas and St Leger three times each. He was never first past the post in either of the Epsom classics but achieved his sole success in the 1844 Derby on Colonel Peel’s colt Orlando, who was awarded the race on the disqualification of Running Rein, who had finished first but was subsequently found to be a four-year-old called Maccabaeus.

When the annual total of jockeys’ winners was first published in 1846, Flatman headed the list with 81 victories. He retained the title of champion jockey for the next six seasons, achieving a career-best score of 104 in 1848.

In 1847 he rode 11 winners at Royal Ascot. By then he had become so well known that in many of the race results he was simply listed as ‘Nat’ instead of his surname.

Such was Flatman’s integrity that several leading northern owners, including Lord Derby and Lord Zetland, were keen for him to ride their horses. He also rode regularly for leading Malton trainer John Scott. Consequently, he rode many more winners at the Yorkshire and Lancashire courses than other Newmarket-based jockeys.

He rode for 31 seasons until his career was ended by a fall from the Duke of Bedford’s Golden Pippin at Newmarket in September 1859. He hoped to ride again and his recovery was going well until he suffered a relapse the following spring from which he never fully recovered. He died on 20th August 1860, aged 50. He was buried beneath the tower of Newmarket’s All Saints’ Church.