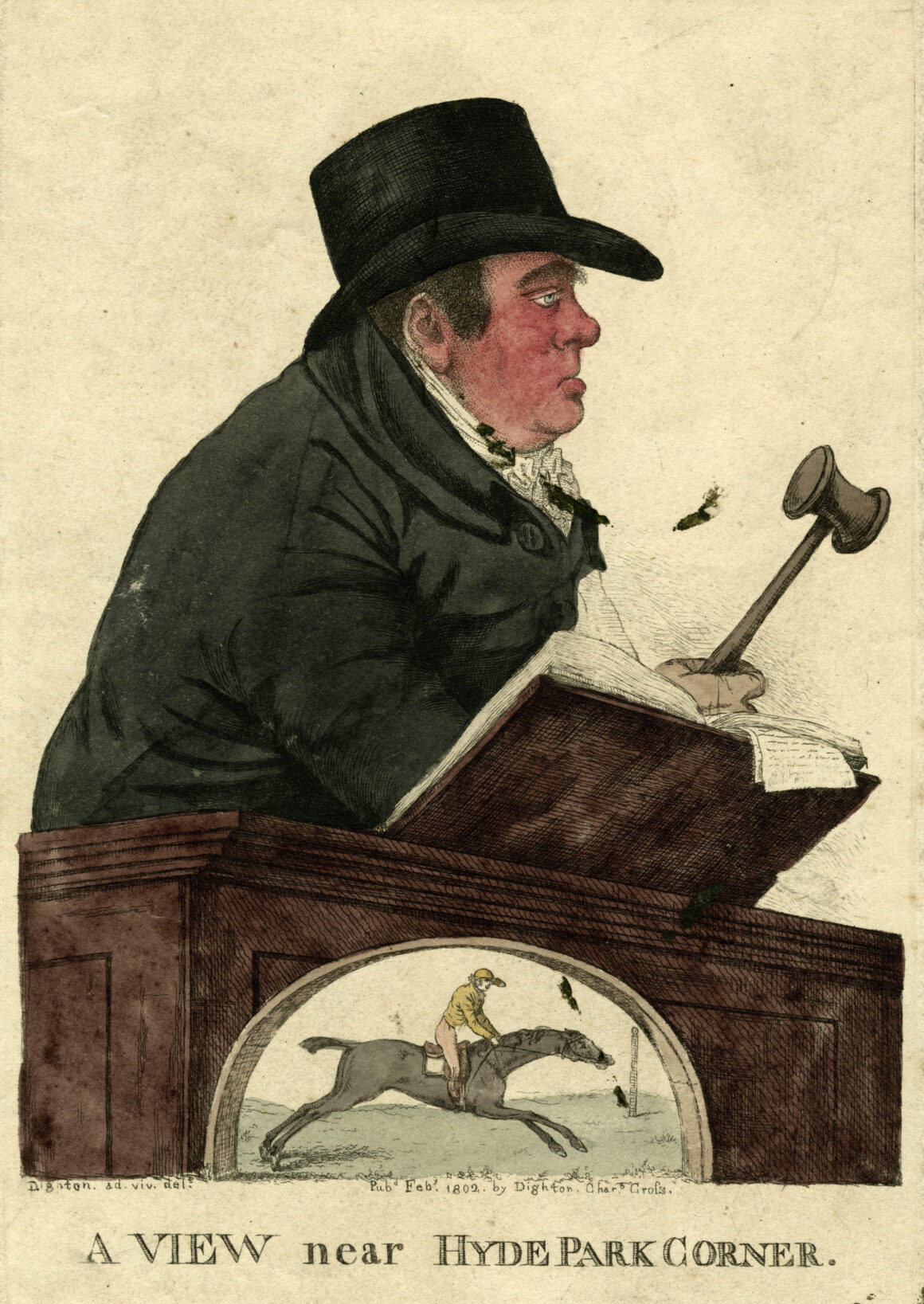 Based at Park Paddocks, Newmarket since 1965, Tattersalls today is the leading bloodstock auctioneer in Europe, selling 10,000 horses a year. The company was founded in 1766 by Richard Tattersall, the son of a Lancashire wool farmer and estate owner.

Rather than follow his father into the wool trade, Richard went to London armed with £200 and instructions from his father to make it last as long as possible. He initially worked at Beevor’s Horse Repository but so impressed people with his diligence and integrity that before long he was appointed stud manager to the Duke of Kingston.

He attended the regular horse sales at Hyde Park Corner, in what was then the outskirts of London, and was keen to enter that business. By 1766 he had made enough money to secure a 99-year lease from the 1st Earl Grosvenor on land nearby. In addition to stables, he built kennels for the sale of hounds and dogs, plus stands for the sale of carriages. He also built two ‘subscription rooms’, reserved for members of the Jockey Club, and they became a fashionable rendezvous for sporting and betting men. Tattersall conducted sales twice weekly at Hyde Park Corner. In 1774 they included the dispersal of the Duke of Kingston’s stud.

In 1779 Tattersall bought Highflyer from Lord Bollingbroke. The horse’s pedigree contained the blood of the Byerley Turk, the Darley Arabian and the Godolphin Arabian in almost equal measure. It proved a wise investment. Tattersall soon found that mares by Eclipse were ideal mates for Highflyer and he made a fortune from selling their foals.

In fact, Tattersall did so well that he built a house near Ely and named it Highflyer Hall in tribute to the horse. When Highflyer died in 1793, his owner had a memorial stone erected which read: “Here lieth the perfect and beautiful symmetry of the much lamented Highflyer, by whom and his wonderful offspring the celebrated Tattersall acquired a noble fortune but was not ashamed to acknowledge it.”

Richard Tattersall died in 1795 but the business continued to prosper under his son Edmund who extended the firm’s boundaries to France. The business moved to Knightsbridge in 1865, the 99-year Hyde Park lease having expired, and continued to be run by successive generations of the Tattersall family. The dynasty was only broken following the death of Somerville Tattersall in 1942, whereupon the business passed to his three partners.