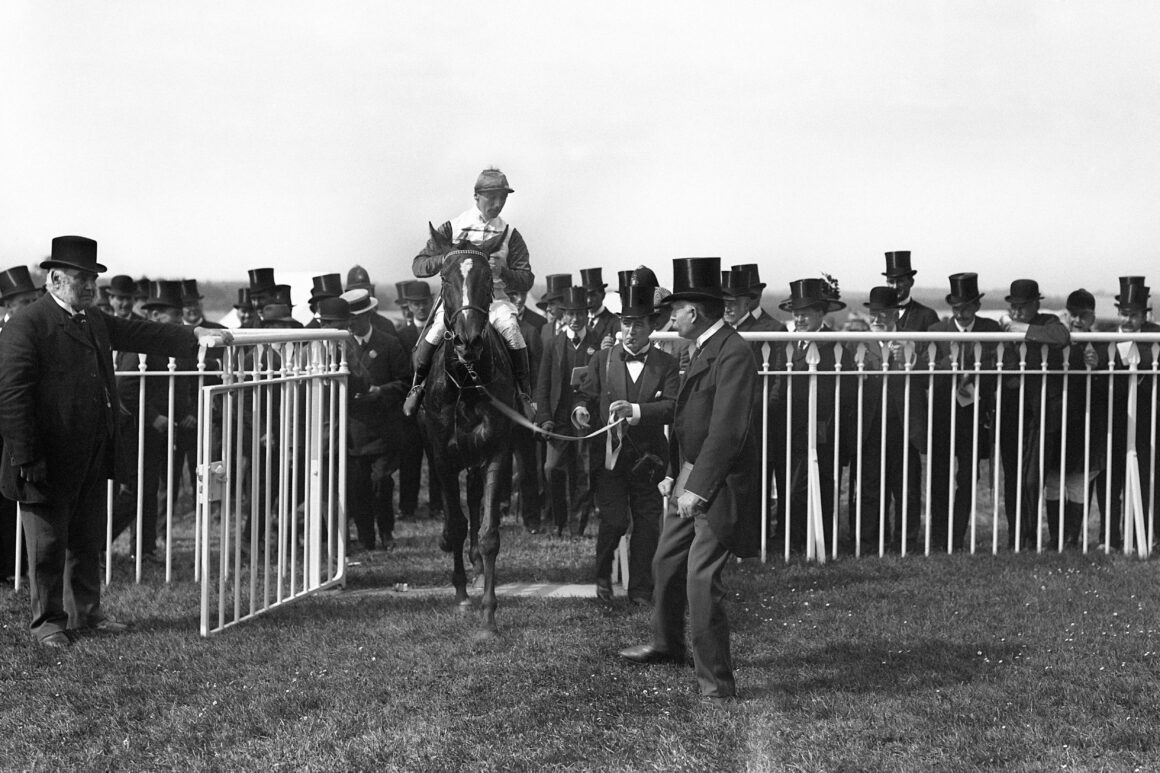 Bayardo was owned and bred by Alfred Cox, who raced under the nom de plume of ‘Mr Fairie’. His sire, Bay Ronald, was definitely below the best as a stallion. However, his dam, Galicia, was very influential. In addition to Bayardo she produced the Derby winner Lemberg, plus Kwang-Su, placed in two Classics, and a filly, Silesia, who became a dam of top performers.

Trained by Alec Taylor at Manton, Bayardo made his debut in the New Stakes (now called the Norfolk Stakes) at Ascot, winning by one and a half lengths. He went on to win Sandown’s National Breeders’ Produce Stakes, the Richmond Stakes at Goodwood, and then four races at Newmarket in the autumn including the Middle Park and Dewhurst.

The weather during the early months of 1909 was bitterly cold and Bayardo did not thrive in the conditions. Moreover, the new grass did not grow, meaning the Manton gallops were hard, which affected Bayardo’s sensitive feet. He also had problems with his teeth. Consequently, Taylor was unable to give him the required preparation for the 2,000 Guineas. He advised Cox to scratch him from the race but Cox insisted that he should run. He started at 13-8 on but could only finish fourth behind Minoru.

Bayardo was unlucky in the Derby, being badly hampered and losing all chance when the favourite St Martin fell coming down the hill. However, he went through the remainder of the season inbeaten in 11 races, his victories including the Prince of Wales’s Stakes, the Eclipse and the St Leger, which he won easily by a length and a half but would have won by further had his jockey, Danny Maher, not eased him up in the closing stages.

Bayardo began his four-year-old season with victories in the Biennial Stakes at Newmarket and the Chester Vase (at that time, not confined to three-year-olds). He then put up his greatest performance by slamming a high-class field in the Ascot Gold Cup, winning in a canter by four lengths.

He started at 20-1 on for the Goodwood Cup, despite the fact that he was conceding 34lb and 36lb to his two three-year-old rivals. One of them, Magic, set off in front and built a substantial lead. Unfortunately, Maher misjudged the pace and gave Bayardo too much to do, failing by a neck to overhaul Magic.
Bayardo did not race again and retired to stud having won 22 of his 25 races. He was twice champion sire, his sons including wartime Triple Crown winners Gay Crusader and Gainsborough. However, his stud career was cut short when he contracted thrombosis, which led to his early death, aged 11, in June 1917.