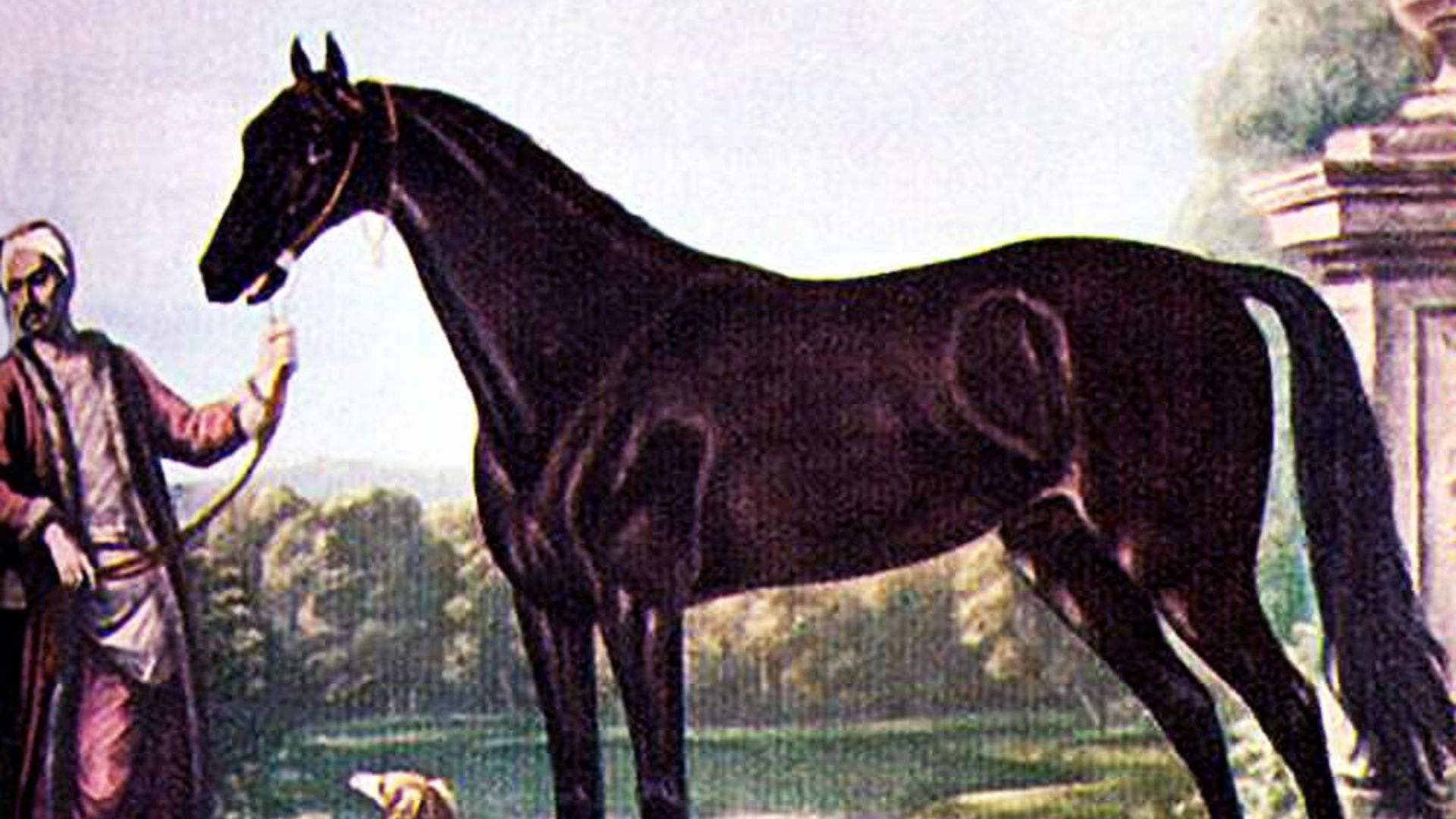 Along with the Darley Arabian and the Godolphin Arabian, the Byerley Turk is one of the three
foundation stallions from which all Thoroughbred racehorses throughout the world descend.

The first of the trio to be imported, he was reputedly a spoil of war, taken from the Turkish army in 1686 at the Siege of Buda, where Captain Robert Byerley commanded anindependently raised troop in the Duke of Lorraine’s army. There is, however, an element of doubt concerning this story, for, as Nicholas Clee points out in his 2009 book on Eclipse, “recent research” suggests that Byerley was not present at that battle. Other sources speculate he was one of three Turkish stallions captured at  the Battle of Vienna (1683). Whichever is the authentic version, it is almost certain that, as with many Turkish army horses, he was in fact of Arab descent, possibly stolen by a Turkish officer.

What is also certain is that the by then promoted Colonel Byerley owned the Turk by 1689, when he took him to Ireland. He is the only one of the three foundation stallions to have run in a race. In the spring of 1690, he won a silver bell, ridden by his owner, at a meeting held by the Down Royal Corporation of Horsebreeders. Later that year, when Byerley was serving as a colonel commanding King William III’s Sixth Dragoons, the horse’s turn of speed is reputed to have enabled his owner to evade capture from James II’s Jacobite cavalry while on reconnaissance before the Battle of the Boyne.

On his return to England, Colonel Byerley resigned from the army, married, became the MP for Knaresborough in Yorkshire and put his horse to stud, first at of Middridge Grange in County Durham, then, from 1697, at Goldsborough Hall, near Knaresborough.

Although the Byerley Turk did not cover all that many well-bred mares, his male line dynasty was continued by his son Jigg, whose own son Partner was among the best racehorses of his day and later became a leading stallion. Partner sired (fathered) Tartar, who in turn sired Herod, one of the greatest stallions of the 18th century, his best son being the unbeaten Highflyer, who emulated his sire by becoming a successful stallion, fathering three Derby winners.

While not as dominant as the Darley Arabian, the line has endured and still survives today, albeit to a very limited extent. Its most notable descendants during the 20th century included ‘the spotted wonder’ The Tetrarch and Ahonoora, sire of 1987 Two Thousand Guineas winner Don’t Forget Me and 1992 Derby hero Dr Devious. Ahonoora’s King’s Stand Stakes-winning son Indian Ridge perpetuated the line, as did July Cup winner Compton Place and multiple Group 3 winner Inchinor, while during the 21st century it has continued through Temple Stakes winner Pearl Secret and Caulfield Cup, Melbourne Cup and Hong Kong Vase hero Dunaden. 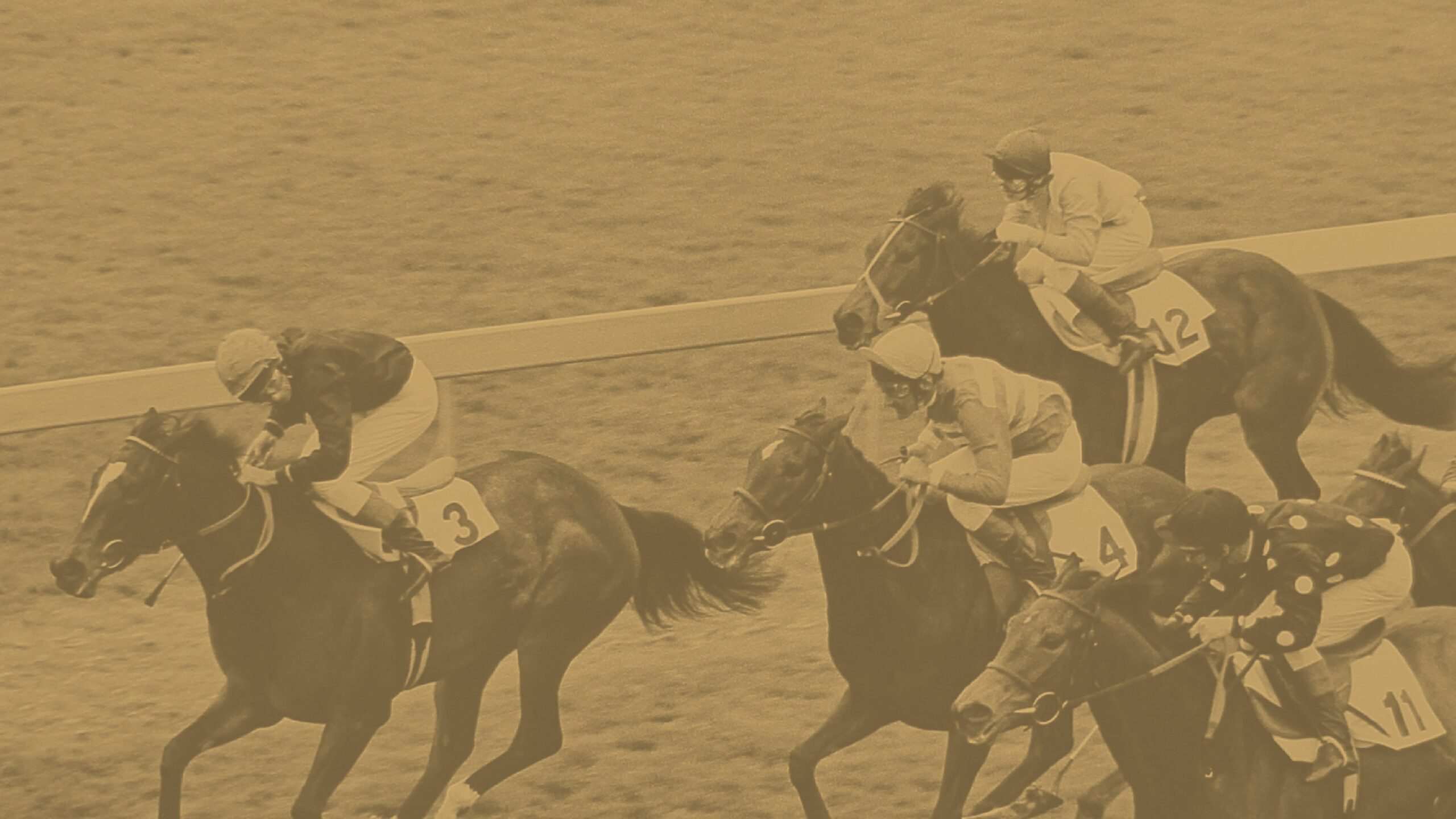 Recognising 370 years of horseracing history
Return to the 17th Century