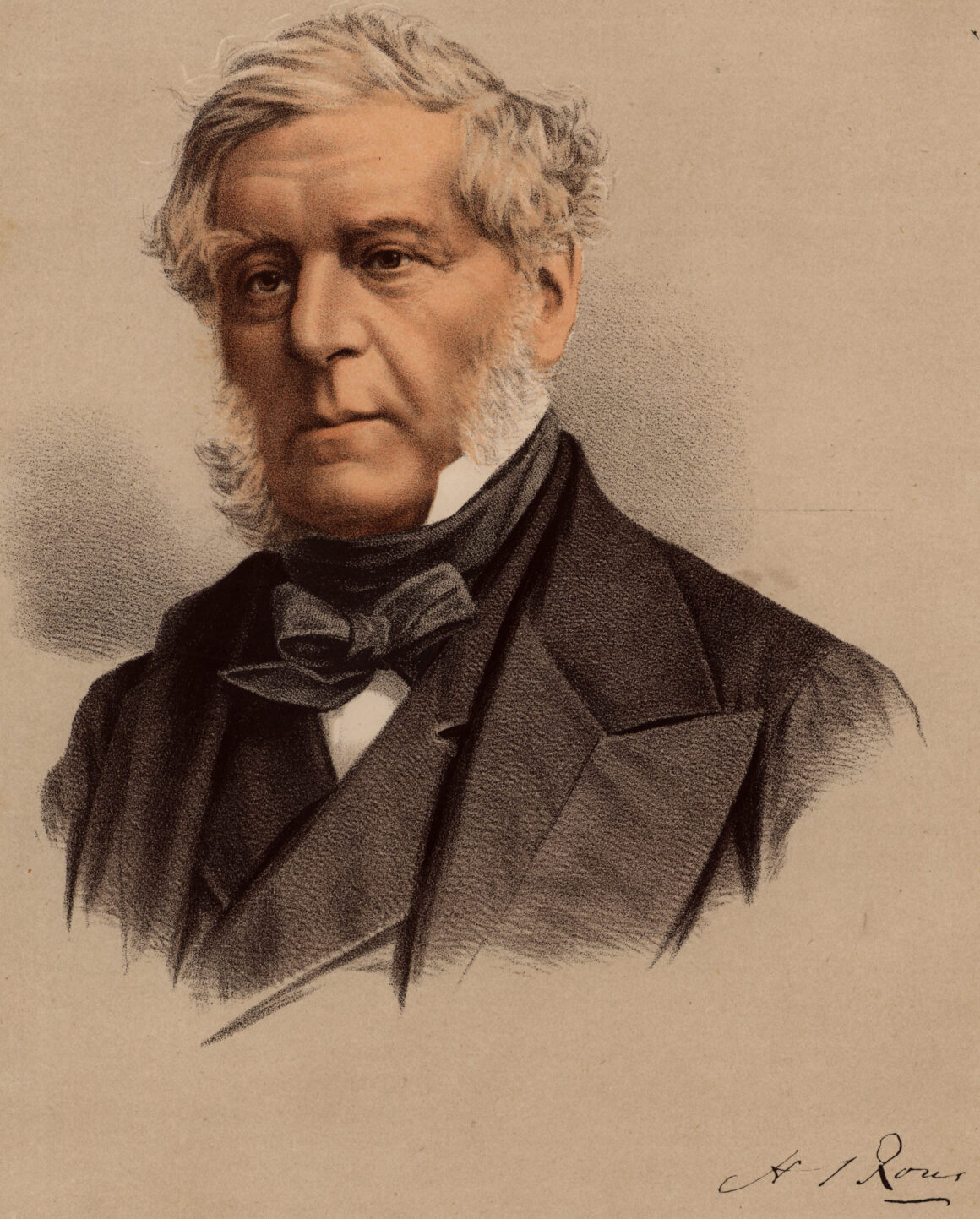 Born in Norfolk, the younger son of Sir John Rous, 1st Earl of Stradbroke, Admiral Henry Rous was British racing’s most famous administrator and the creator of the weight for age scale.

Long before entering the world of horseracing, Rous had joined the Royal Navy as a midshipman. Having risen rapidly through the ranks, he was given command of the frigate Rainbow in 1825. His outstanding achievement was to bring the storm-battered and rudderless vessel Pique back safely from Newfoundland, a distance of 1,500 miles, despite it leaking at a rate of two feet of water an hour.

On leaving the Navy, he devoted the rest of his life to the Turf. Appointed Steward of the Jockey Club in 1838, he set about reforming the rules of racing. In 1850 Rous published ‘The Laws and Practice of Horse-Racing’, which included a revolutionary weight for age scale, based on a dozen years of study. It is this same weight for age scale, modified only slightly over the ensuing years, that remains in use today.

In 1851 he was invited to handicap the famous match race at York between Voltigeur in The Flying Dutchman. Appointed to the post of official handicapper in 1855, a position which he held until he died, he brought an air of professionalism and integrity to something that had previously been haphazard. He made a point of attending every major race meeting, watching the races with the aid of a huge telescope, a relic of his naval days. As soon as the race was over he would rush to see the horses coming in. He rarely missed a morning on Newmarket Heath, watching the gallops on his hack and noting what work various horses had done.

By the early 1860s, Rous had emerged as the third great ‘Dictator of the Turf’. He became the Jockey Club’s treasurer and greatly improved its finances, enabling it to purchase more areas of Newmarket Heath. He was more effective than Sir Charles Bunbury and more straightforward than Lord George Bentinck. Unlike Bentinck, he disliked heavy betting and knew many people of his own class and wealth that had been ruined by it. However, he was realistic enough to accept that racing could not exist without betting.

Admiral Henry Rous retained a remarkable zest for the post of handicapper and the sport in general until he was 80, when his health gradually started to fade. He died in June 1877, aged 82.