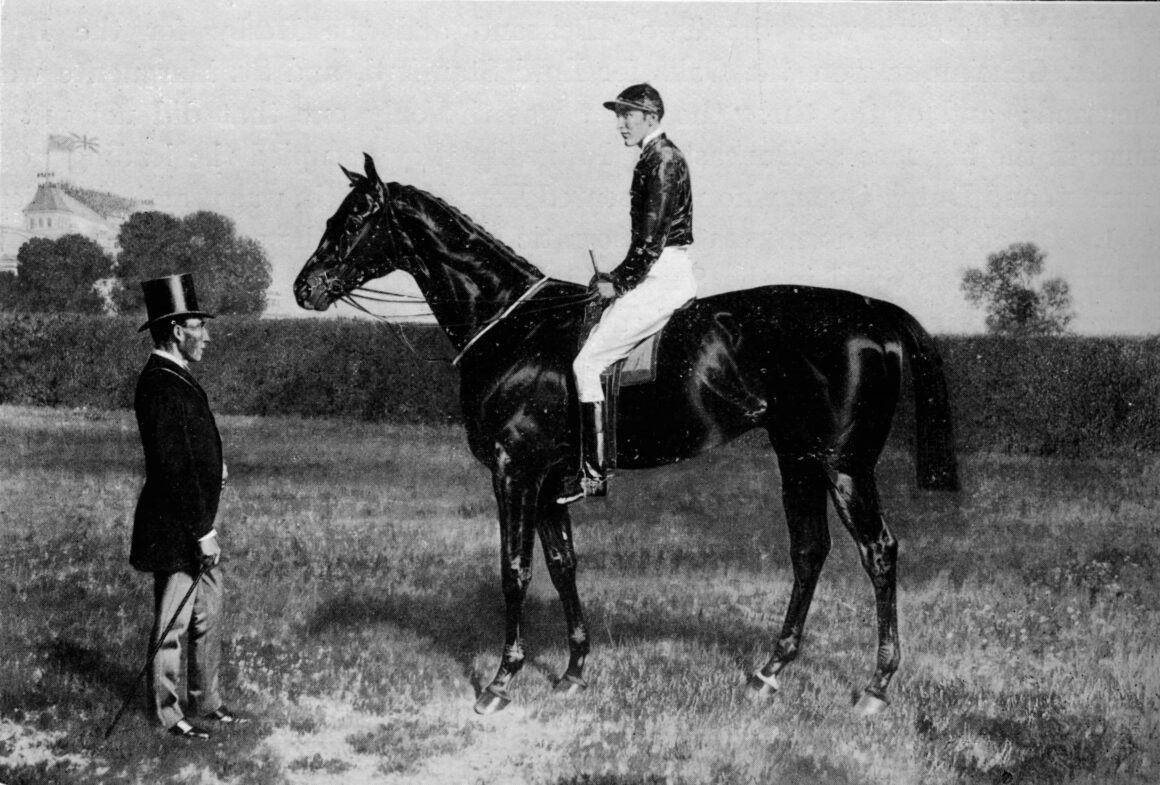 Bred and owned by the Duke of Westminster, Ormonde was by the 1880 Derby winner Bend Or out of Lily Agnes, whose 21 victories included the Doncaster Cup, Ebor Handicap and Northumberland Plate. Trained by John Porter at Beckhampton, Ormonde made his racecourse debut at Newmarket in October, winning easily from a filly that had won eight of her previous ten starts. He then won the Dewhurst Plate and Criterion Stakes without being extended.

He wintered well and Porter was confident that he would win the 2,000 Guineas. However, Newmarket trainer Mat Dawson was equally convinced of winning it with his colt Minting. There was nothing between the pair as they began their descent into the Dip but then Ormonde strode clear to win comfortably by two lengths.

Ridden by Fred Archer and starting at 9-4 on, Ormonde won the 1886 Derby by one and a half lengths from The Bard, the unbeaten winner of 16 races as a two-year-old. At that year’s Royal Ascot, Ormonde first won the St James’s Palace Stakes and then the Hardwicke Stakes, beating the previous year’s Derby and St Leger winner Melton in effortless fashion in the latter contest. He was then rested until the St Leger, which he won in a canter.

He won four more races during the autumn including the Champion Stakes, winding up the season with a walkover for a private sweepstakes. That was the last time Archer rode him, for that same autumn he took his own life while in a fit of depression.

Ridden now by Tom Chaloner, Ormonde reappeared as a four-year-old at Ascot where he won the Rous Memorial Stakes and, the following day, he beat Minting in the Hardwicke Stakes.
He had just one more race, the Imperial Gold Cup at Newmarket, which he again won easily.

Retired to the Duke of Westminster’s Eaton Stud in 1888, he sired the dual Eclipse Stakes winner Orme in his first crop. The following year he was leased to Lord Gerard and stood at his Newmarket stud. However, he proved a disappointment from thereon and the Duke later sold him to an Argentinian breeder for £12,000, a move that attracted much criticism. He failed to excel there either and was re-sold in 1894 to a breeder in California. His sired very few foals in America prior to his death in 1904. He is commemorated by the Group 3 Ormonde Stakes, run at Chester in May.