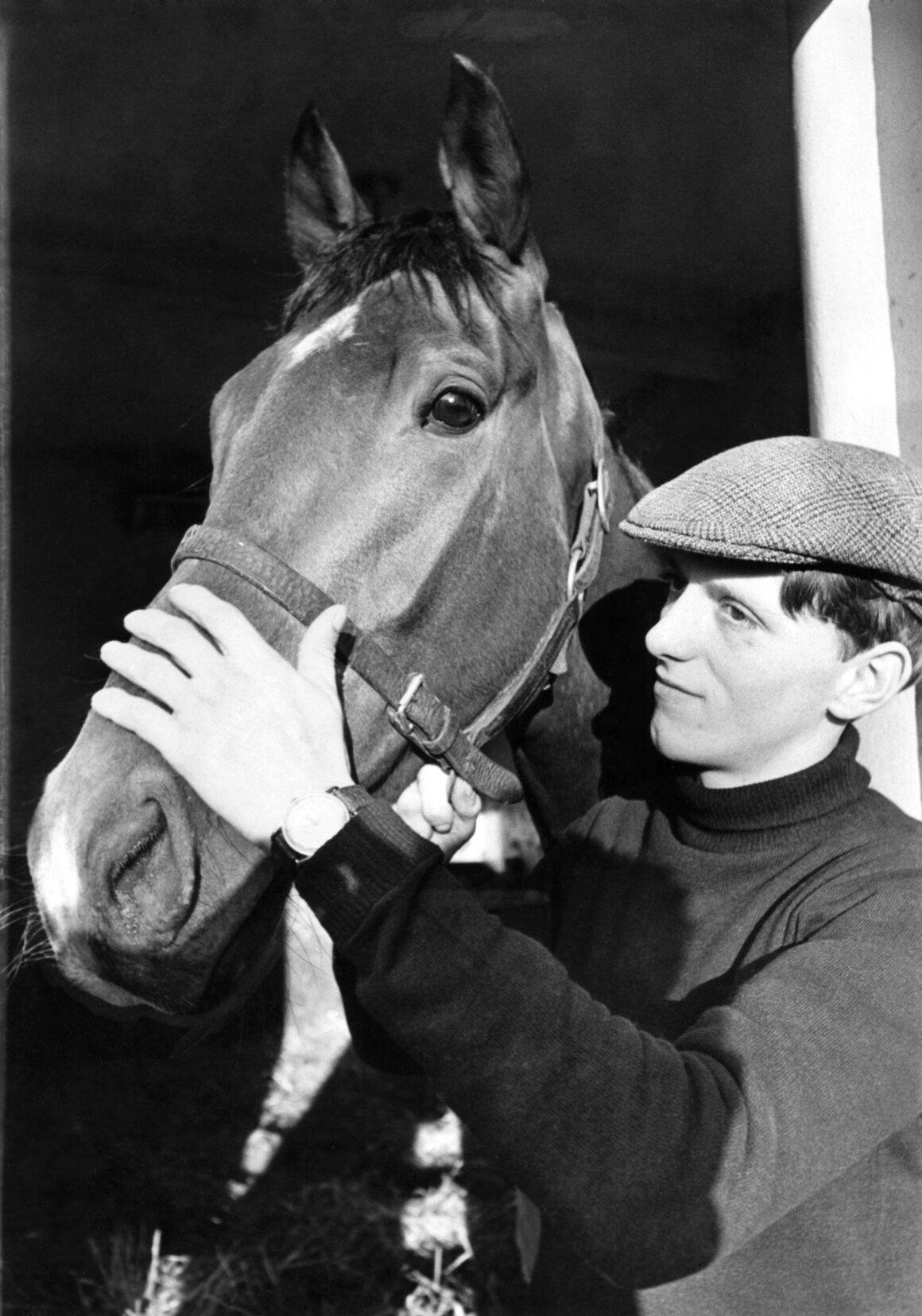 Foaled in 1965, Vaguely Noble was bred by Major Lionel Holliday, a bluff Yorkshireman who died in December of that year. Thus, as a two-year-old Vaguely Noble ran in the colours of the Major’s son, Brook Holliday.

Trained by Walter Wharton at Newmarket, Vaguely Noble finished second on both his first two starts and then won a seven-furlong two-year-old contest by 12 lengths at Ascot in October. He followed that with a seven-length victory in the one-mile Observer Gold Cup (now the Vertem Futurity), which was the season’s most valuable two-year-old race.

As Vaguely Noble had no Classic entries, he was offered for sale at Park Paddocks, Newmarket in December, setting a new world record for a racehorse bought at public auction of 136,000 guineas. He was purchased by Albert Yank on behalf of Dr Robert Franklyn, an American plastic surgeon. Texan oil magnate Nelson Bunker Hunt subsequently bought a share in the horse and he was sent to French trainer Etienne Polet at Chantilly.

Vaguely Noble won his first two starts in France before finishing third in the Grand Prix de Saint Cloud. He returned to winning ways with an easy success in the Prix de Chantilly and then scored his greatest victory in the 1968 Prix de l’Arc de Triomphe, beating that year’s Epsom Derby winner Sir Ivor with six other Classic winners among those trailing in his wake.

Vaguely Noble was then retired to stud to Gainesway Farm in Lexington, Kentucky, a 25% share having been acquired by John R. Gaines for $1.25 million, resulting in a world record stallion valuation of $5 million.

He quickly made his mark as a stallion, being crowned champion sire in Great Britain and Ireland in both 1973 and 1974. His initial crop included Sussex Stakes winner Ace Of Aces and the great filly Dahlia, whose 15 wins included back-to-back renewals of both the King George VI and Queen Elizabeth Stakes and the Benson and Hedges Gold Cup (now Juddmonte International), in addition to the Irish Oaks and Washington D.C. International.

Vaguely Noble died in 1989 at the age of 24 and was buried in the equine cemetery at Gainesway Farm.