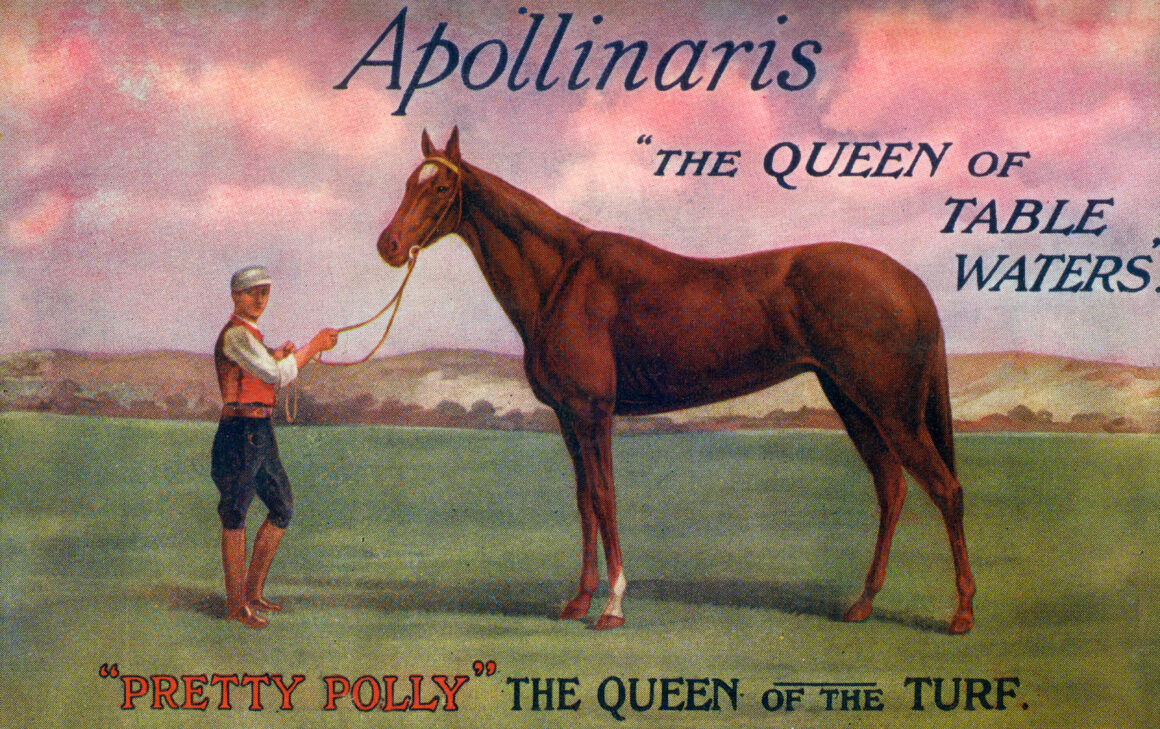 One of the greatest fillies in British racing history, Pretty Polly won the fillies’ Triple Crown of 1,000 Guineas, Oaks and St Leger in 1904. Foaled two years after quadruple classic winner Sceptre, Pretty Polly proved she was at least her equal – and arguably her superior – on the racecourse.
She was bred and owned by Major Eustace Loder, a well-respected figure in the racing world. Unlike Sceptre, she was not bred in the purple. While her sire, Gallinule, would subsequently prove a successful stallion, she was out of a mare named Admiration, who had failed to win in England, won two minor races in Ireland and ended up running in a military steeplechase at Punchestown.
Trained at Newmarket by Peter Gilpin, Pretty Polly was unbeaten – and unextended – in nine starts as a two-year-old, including the Champagne, Cheveley Park and Middle Park Stakes. She opened her three-year-old campaign by winning the 1,000 Guineas in a common canter by three lengths.
Only three fillies opposed her in the Oaks, which she also won by three lengths at odds of 100-8 on. After victories in the Coronation Stakes at Ascot and the Nassau Stakes at Goodwood, she took on the colts in the St Leger, including that year’s 2,000 Guineas and Derby winner St Amant, again winning in a canter by three lengths in record time. Two days later she won the
Park Hill Stakes, once more in a canter and yet again by three lengths. Sadly, less than two weeks later, her regular jockey, Willie Lane, suffered a career-ending injury in a fall at Lingfield.
Major Loder then sent Pretty Polly to France for the Prix du Conseil Municipal, where she was ridden by Danny Maher and suffered the first defeat of her career, losing to 66-1 outsider Presto II by 2½ lengths. On her return to England, she won the Free Handicap with topweight.
At four, Pretty Polly won all her four races including the Coronation Cup, Champion Stakes and Jockey Club Cup. She won the Coronation Cup again in 1906 but then suffered her first defeat on English soil when beaten in the Gold Cup at Ascot. That was her last appearance on a racecourse. She had been due to finish her career in the Doncaster Cup but jarred a leg in training.
Pretty Polly retired to stud having won 22 of her 24 races. She produced ten foals, four of whom won races. She died in August 1931, aged 30.
Her name is celebrated in both Britain and Ireland by a Listed race for three-year-old fillies at Newmarket’s Guineas meeting and a Group 1 fillies’ contest at the Curragh’s Irish Derby weekend.