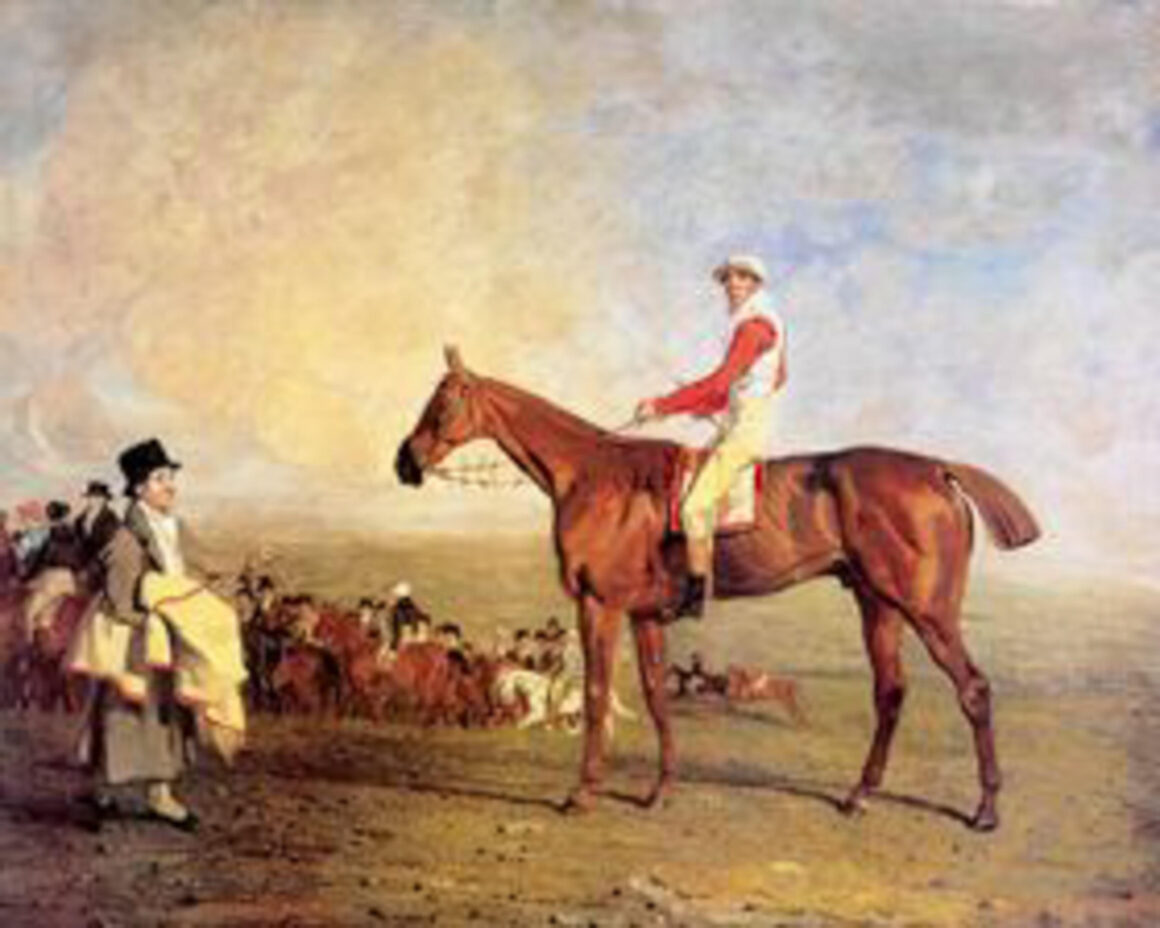 Norfolk-born Sam Chifney could be described as the first great jockey. He rode with a slack rein and was renowned for saving his mounts for a late run, coming with what became known as the ‘Chifney rush’. He won the 1789 Derby on Skyscraper and the Oaks four times.

However, his morals did not always match his ability in the saddle and his riding was often open to suspicion. He dressed flamboyantly in ruffs and frills with ribbons on the top of his boots, and wore his hair in love locks which protruded from the front of his cap. He married the daughter of Newmarket trainer Frank Smallman, with whom he had two sons and four daughters.

In 1790 he was chosen to be the Prince of Wales’s jockey, for which he received a retainer of 200 guineas a year. But the following year his career was ended over the notorious ‘Escape affair’, whereby he was accused of pulling the Prince’s horse Escape to prevent him winning a race at Newmarket in order to get a better price when he ran again the following day.

The Prince stuck by Chifney and stated that he would continue to pay him 200 guineas a year for the rest of his life. However, Chifney later sold the Prince’s annuity for a lump sum of £1,250 and left Newmarket for London. Never a shrinking violet, his autobiography, titled ‘Genius Genuine’, was published in 1795 at the outrageous price of £5 (approximately £385 in today’s money). Within its pages he claimed: “In 1773 I could ride horses in a better manner in a race … than any person ever known in my time, and in 1775 I could train horses for running better than any person I ever yet saw.” He continued: “If the Jockey Club will be pleased to give me 200 guineas, I will make them a bridle as I believe never was, and I believe can never be excelled.

The Jockey Club ignored his offer but he nonetheless invented the eponymous Chifney bit, which became standard equipment in racing stables. It did not help him financially and, when the money ran out, he ended up in the Fleet debtors’ prison, where he died at the age of 53 on 8th January 1807. One of the sons, Sam Chifney Junior, emulated his father by becoming an equally successful jockey, winning nine classics including the Derby twice on Sam (1818) and Sailor (1820).