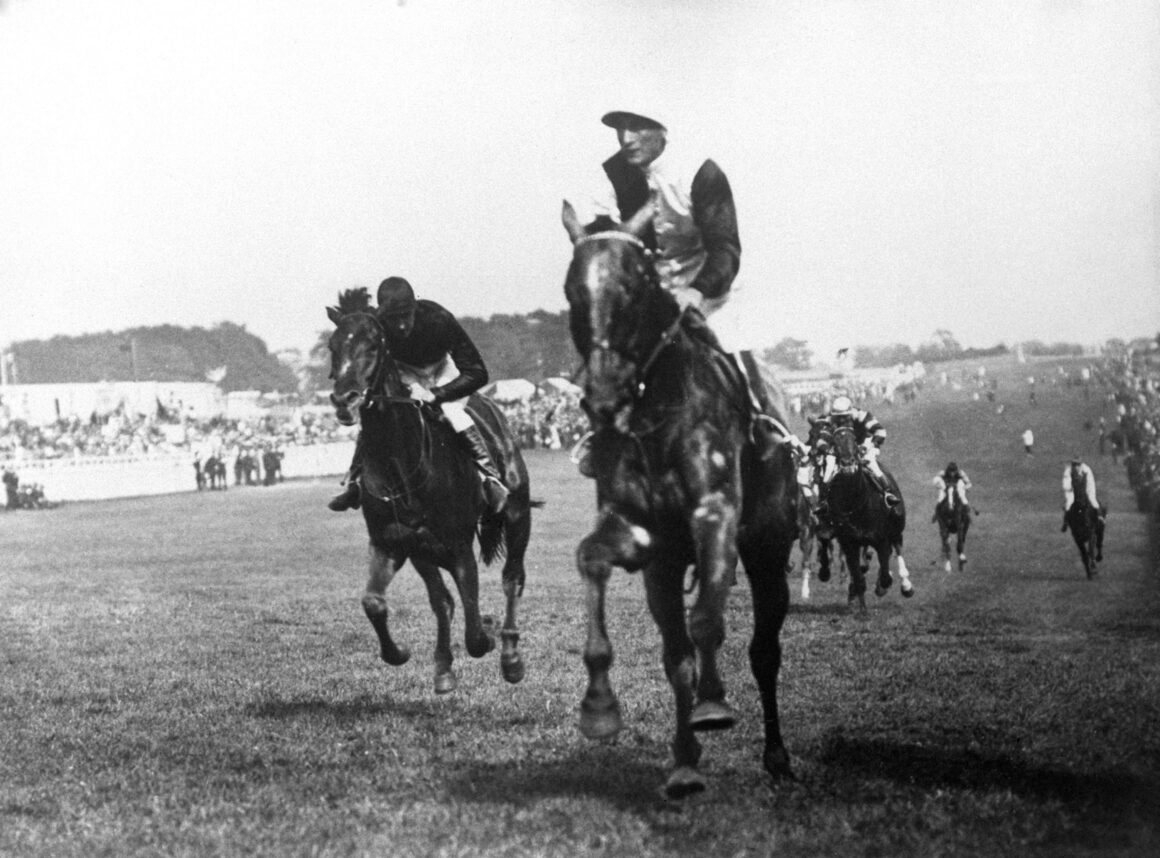 The Tetrarch was among the fastest horses of the 20th century. He ran only as a two-year-old and was unbeaten in all seven starts. Bred at Straffan Stud, Co. Kildare, The Tetrarch was by the French-bred grey Roi Herode out of the 13-year-old mare Vahren. As a foal, he was chestnut with black splodges but, as he grew older, he became grey with white splodges.

Trained by Atty Persse at Stockbridge, The Tetrarch made his debut in the Maiden Two-Year- Old Plate at Newmarket’s Craven Meeting, beating a large field in a canter by four lengths. He then won Epsom’s Woodcote Stakes, again in a canter, by three lengths and Ascot’s Coventry Stakes by ten lengths.

The only time he looked like being beaten was on his next start in the National Breeders’ Produce Stakes at Sandown. He almost collided with the tapes at the start of the race and was backing away as they rose, causing him to lose so much ground that his chance looked hopeless. However, he got up close home to win by a neck, despite giving 17lb to the runner-up. With the start having been obscured by mist, racegoers were initially disappointed with The Tetrarch’s performance until they learned what had happened.

The Tetrarch had three more races – the Rous Memorial Stakes at Goodwood, the Champion Breeders’ Foal Stakes at Derby, and the Champagne Stakes at Doncaster – winning them all with equal ease.
Having initially been dismissed as the ‘The Rocking Horse’, he was by now known as ‘The Spotted Wonder’. He was the year’s champion two-year-old by a margin of 10lb.

It had been intended to give him one more run in the Imperial Produce Stakes at Kempton before putting him away for the season and focusing on next year’s classics, but he knocked his off-fore fetlock joint and could not take part. Unfortunately, there was a recurrence of the injury the following spring which ultimately led to him being retired.

It is impossible to predict how he would have fared in the 1914 classics but his trainer had no doubts. “I don’t think he would ever have been beaten over any distance,” said Persse. “He was a freak and there will never be another like him.”