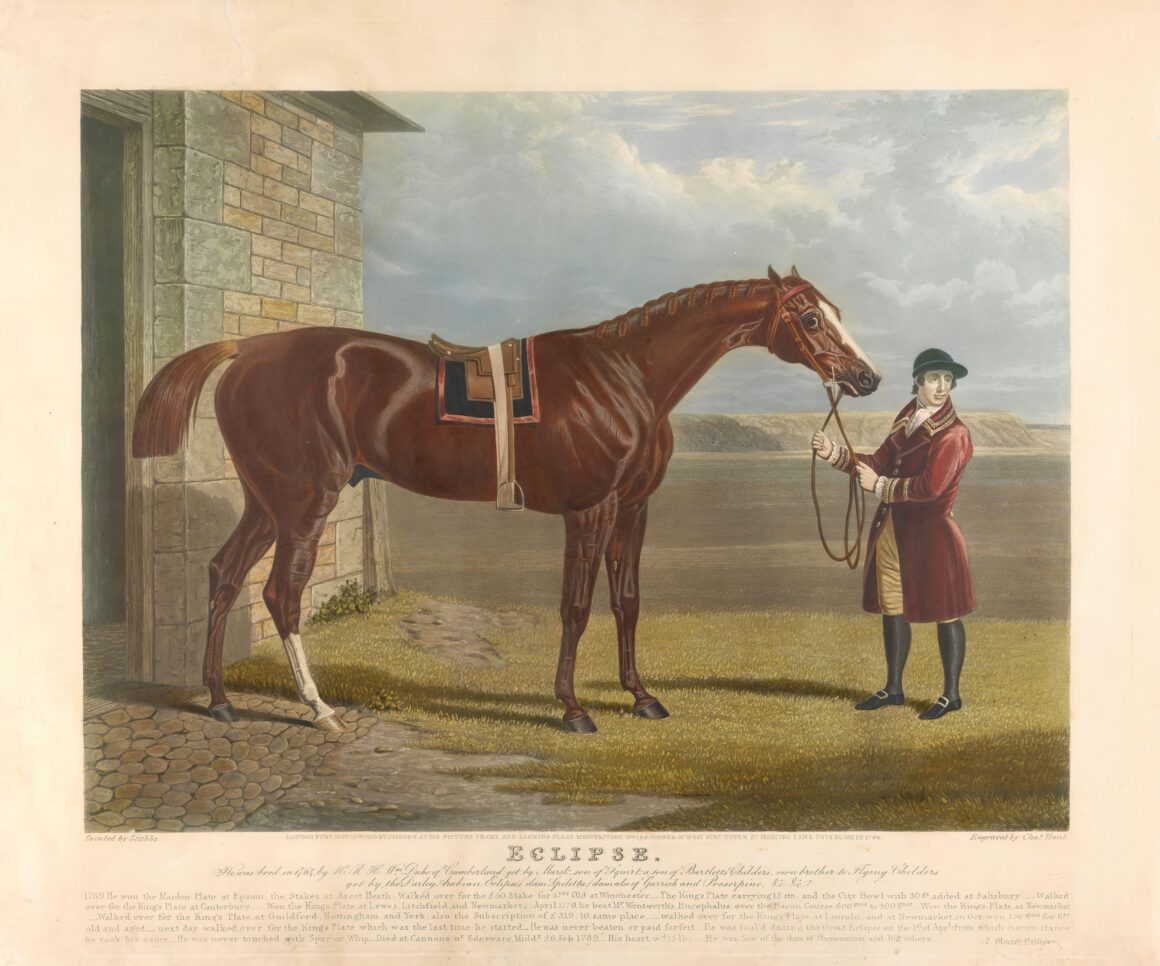 Foaled in 1764, the year of a solar eclipse, Eclipse was bred by the Duke of Cumberland, the third son of King Geoge II. A chestnut colt with a white blaze and one white leg, he was by Marske out of Spilletta. When the Duke died in 1765, Eclipse was put up for auction and bought for £75 by a Smithfield meat salesman named William Wildman.

Put into training when he was five, Eclipse showed exceptional ability in a secret trial on Banstead Downs, Epsom. His first race was a contest in four-mile heats at Epsom on 3rd May 1759. He won the first heat easily at odds of 4-1 on. At that point an Irish gambler named Dennis O’Kelly, noting the short odds being offered for the second heat, offered to name the exact placings of all five runners. His prediction, often repeated in racing history, was: “Eclipse first, the rest nowhere”.

The word ‘nowhere’ meant ‘distanced’, meaning that the beaten horses were too far behind the winner at the finish for the judge to place them. The ‘distance’ post was 240 yards from the winning post, the theoretical limit of the judge’s vision. A horse beaten a distance was thus regarded as being unplaced and disqualified from running in subsequent heats. Eclipse duly won that second heat by more than 240 yards and O’Kelly won his bet.

O’Kelly bought a half-share in Eclipse for 650 guineas and later bought him outright for 1,100 guineas. Eclipse had an unbeaten two-year racing career comprising 18 races, including 11 King’s Plates. Ten of those 18 were walkovers because few owners were prepared to run their horses against him, so great was his dominance.