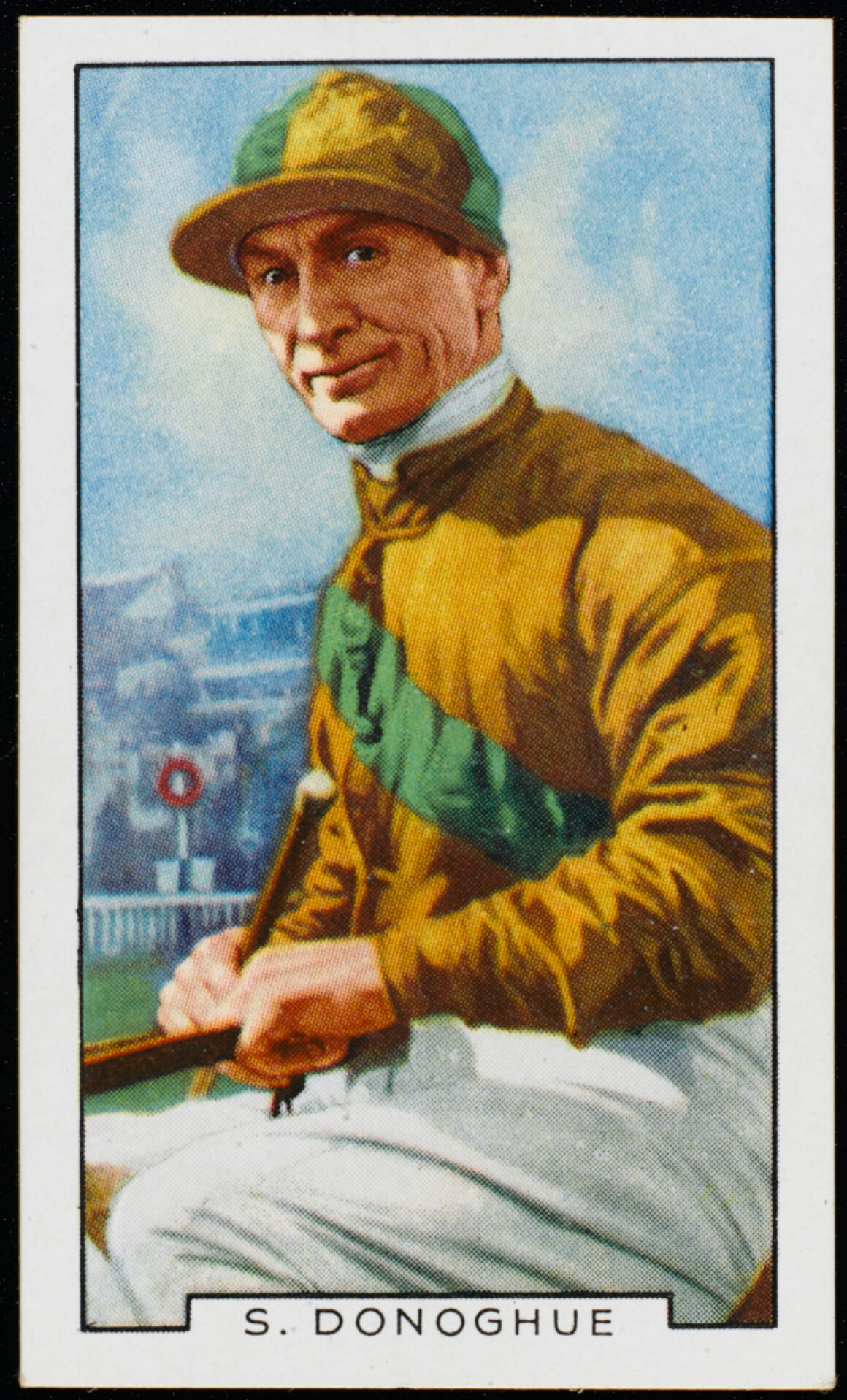 Cries of “Come on, Steve” reverberated around British racecourses during the years following the Great War, for there was no more popular rider than Steve Donoghue. He was the country’s champion jockey nine times in succession from 1914 and rode six Derby winners including three in a row from 1921. Born in Warrington in 1884, the son of a steelworker, Donoghue was thwarted in his attempts to serve an apprenticeship in a British stable and instead became apprenticed to France-based American trainer Edward Johnson. He rode his first winner on a horse called Hanoi at the provincial track Hyéres in April 1905.

In 1906 he moved to Ireland, where he became champion jockey in 1908, before returning to England in 1911 with a retainer to ride for Stockbridge trainer Atty Persse. He rode Persse’s flying two-year-old The Tetrarch to win all seven of his races in 1913 and became Britain’s champion jockey for the first time the following year with 129 wins.

His first two Derby winners, Pommern (1915) and Gay Crusader (1917) both went on to land the Triple Crown, albeit wartime substitute races at Newmarket. He won his first Derby at Epsom aboard Humorist in 1921, his second on Captain Cuttle in 1922, his third on Papyrus in 1923, and his fourth on Manna, on whom he also won the 2,000 Guineas, in 1925.

In addition to his Epsom Derby triumphs, Donoghue also won the Irish Derby five times and the Grand Prix de Paris twice. On home soil, he won the Ascot Gold Cup twice, the Goodwood Cup five times and July Cup three times, while his major handicap victories included the Lincolnshire (twice), Cambridgeshire (three times), Cesarewitch (twice), Ebor (twice), Ayr Gold Cup (twice), Chester Cup and Royal Hunt Cup.
He enjoyed a long and popular association with the remarkable stayer Brown Jack, on whom he won the Queen Alexandra Stakes in six consecutive years between 1929 and 1934. Donoghue achieved his final Classic successes on Sir Victor Sassoon’s filly Exhibitionist in the 1937 1,000 Guineas and Oaks. He retired at the end of that season, having ridden 1,847 winners on the Flat in Britain, including 14 Classics, plus one on his sole ride over hurdles.

He took up training, based at Blewbury, Berkshire, but met with limited success. He died of a heart attack in London on 23rd March 1945, aged 60, shortly after returning from a trip to Portugal.