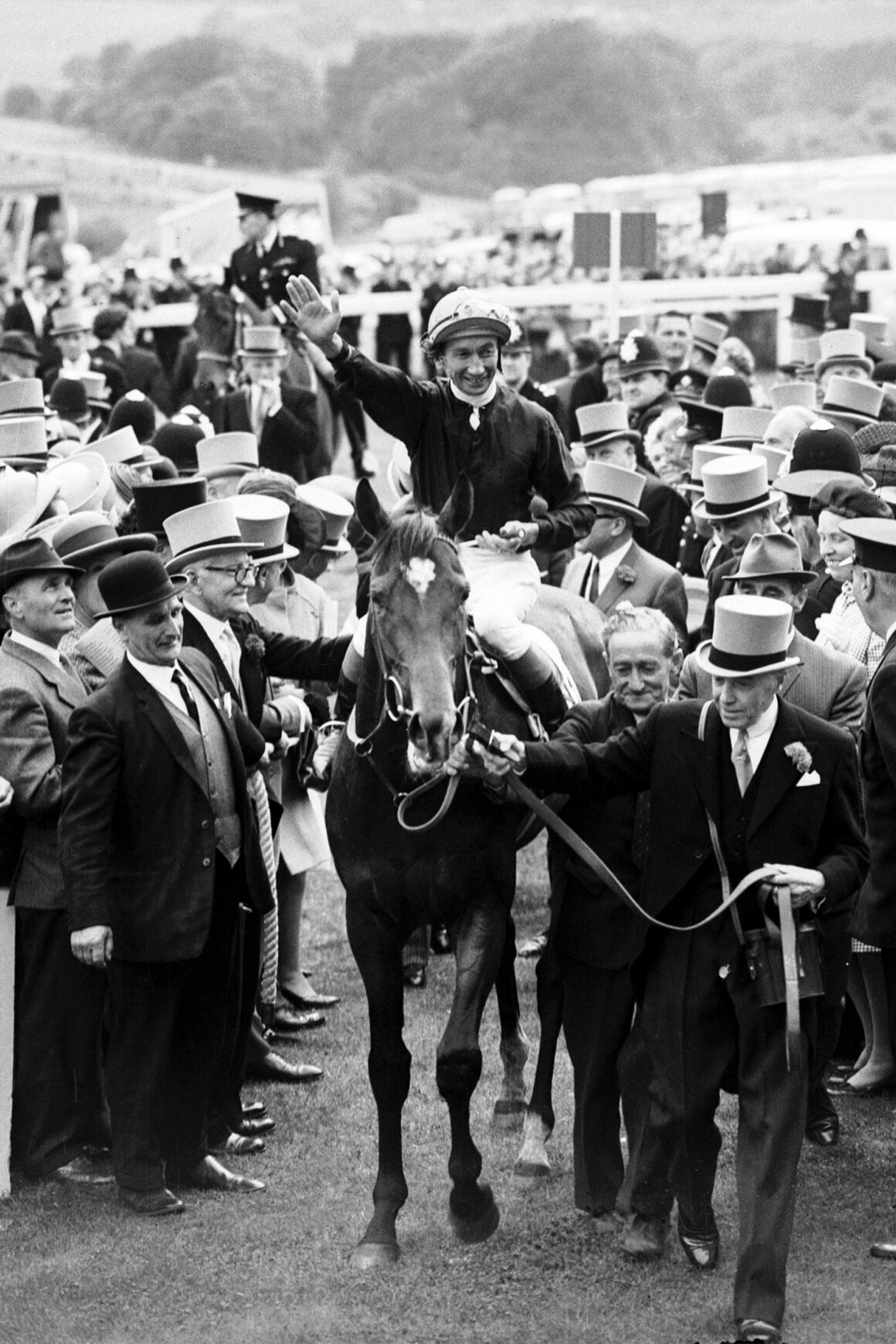 Bred by his owner Jim Joel and trained by Noel Murless, Royal Palace was a dual Classic winner who stayed in training at four and climaxed his career with a courageous victory in the King George VI and Queen Elizabeth Stakes.

The winner of York’s Acomb Stakes and Ascot’s Royal Lodge Stakes at two, Royal Palace made his three-year-old debut in the 1967 2,000 Guineas, ridden by Australian jockey George Moore. In the first British Classic to be started from stalls, Royal Palace narrowly mastered French challenger Taj Dewan to win by a short head.

Royal Palace started 7-4 favourite for the Derby and, again ridden by Moore, justified his short price by beating Ribocco by two and a half lengths. It was then decided to bypass the big summer races in favour of a Triple Crown bid in the St Leger. Unfortunately, he was unable to run due to injury, hence his only other race that season was when finishing third behind Reform and Taj Dewan in the Champion Stakes at Newmarket.

Kept in training at four, Royal Palace won the Coronation Stakes at Sandown, Epsom’s Coronation Cup and the Prince of Wales’s Stakes at Royal Ascot. Next stop was the Eclipse Stakes in which he was reopposed by Taj Dewan and that year’s Derby winner Sir Ivor. The race was a memorable one and produced one of the century’s greatest big race finishes, with Royal Palace, partnered now by teenager Sandy Barclay, beating Taj Dewan by a short head with Sir Ivor three-quarters of a length back in third.

Three weeks later, Royal Palace returned to action in the King George VI and Queen Elizabeth Stakes, where his main rival looked to be Ribero, who had beaten Sir Ivor in the Irish Derby. Despite tearing a suspensory ligament in his near fore leg in the straight, Royal Palace bravely took the lead approaching the final furlong and, running on three good legs, repelled the French duo of Felicio II and Topyo by half a length and a short head.

The injury ended his racing career and he was retired to stud, the winner of nine races over three seasons. His stud career was disappointing overall, although he did finish second in the 1977 sires’ table thanks to his daughter Dunfermline, winner of the Oaks and St Leger for Her Majesty the Queen in her Silver Jubilee year. Royal Palace also sired the triple Champion Hurdle winner See You Then.