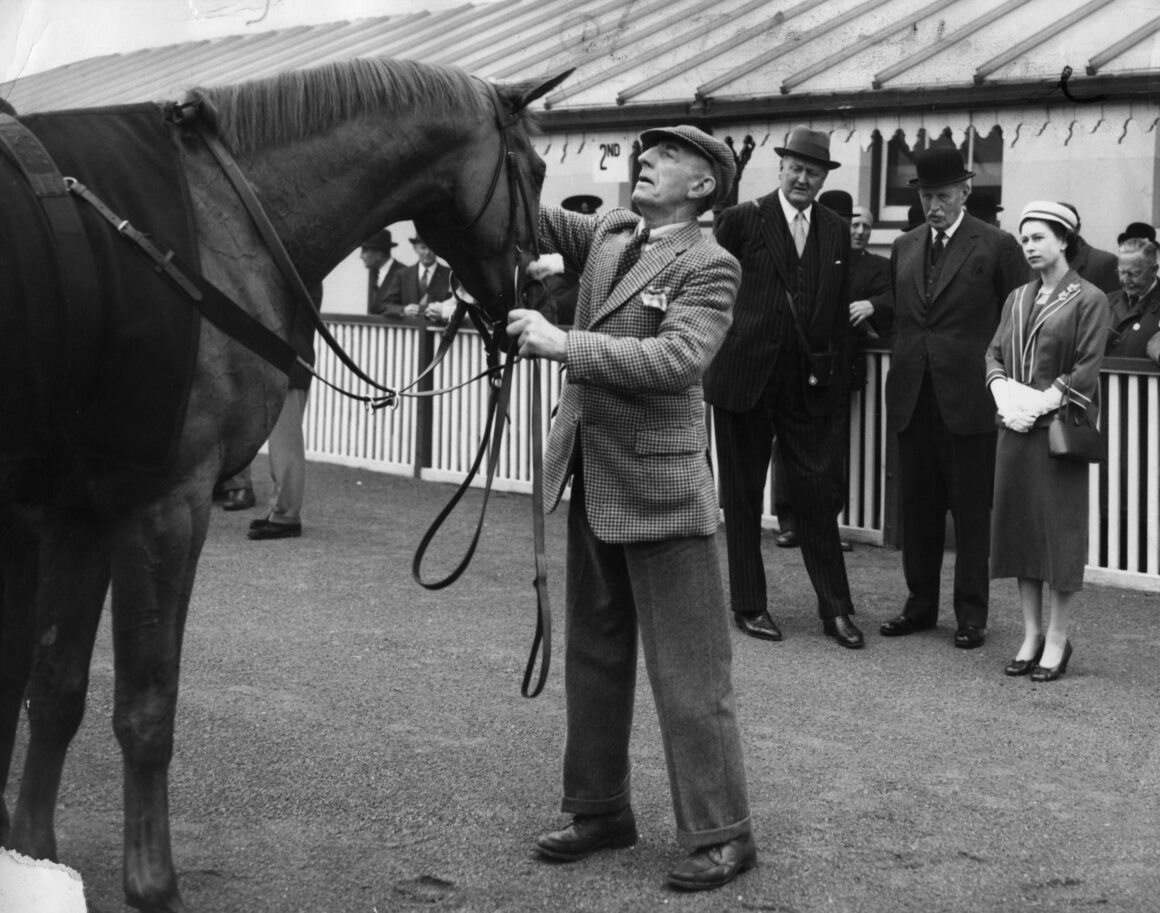 Sir Cecil Boyd-Rochfort, trainer to King George VI and Queen Elizabeth II, was a leading figure in British racing for almost half a century.
Born in Ireland in 1887, he was raised at the family’s home at Middleton Park, Co. Westmeath and educated at Eton. He served with the Scots Guards during World War One, attaining the rank of captain and being awarded the Croix de Guerre.
He learned his trade with trainers Atty Persse in Wiltshire and Captain Bob Dewhurst at Bedford Lodge, Newmarket before commencing training in his own right at Freemason Lodge in 1923. By the end of his first season he had trained 19 winners, including the July Cup with Golden Corn.
He sent out Amethystine and Cinq A Sept to win the Irish Oaks of 1924 and 1927 respectively but his first really good horse was Royal Minstrel. Beaten a head in the 1928 2,000 Guineas, Royal Minstrel went on to win the following year’s Victoria Cup and Eclipse Stakes. Boyd- Rochfort achieved his first British Classic successes with Brown Betty in the 1933 1,000 Guineas and Boswell in the 1936 St Leger, both of them owned by the wealthy American William Woodward.
Boyd-Rochfort was leading trainer for the first time in 1937, having won 43 races including the Ascot Gold Cup with Lady Zia Wernher’s Precipitation. He again headed the trainers’ list in 1938, his 44 winners including a second Ascot Gold Cup with Flares.
In 1943 he began training for King George VI and, in 1946, trained Hypericum to win the 1,000 Guineas, becoming the King’s only home-bred Classic winner. Other important successes forthe King included the 1949 Coronation Stakes with Avila and the Cesarewitch with Above Board in 1950.
With the accession of Queen Elizabeth II in February 1952, Boyd-Rochfort continued as the royal trainer. He was champion in both 1953 and 1954, winning the King George VI and Queen Elizabeth Stakes for his royal owner in 1954 with Aureole. In 1958 he won the 1,000 Guineas for her with Pall Mall, ending that season as champion trainer for the fifth and last time. In 1959, he achieved his final Classic success when winning the Derby for the only occasion with Parthia.
Noted particularly for his stayers, Boyd-Rochfort won the Goodwood and Doncaster Cups six times each and the Yorkshire Cup seven times. He won the Goodwood Cup four times in five years with Sagacity (1962), Raise You Ten (1964), Apprentice (1965) and Gaulois (1966). Boyd-Rochfort retired in 1968, handing over Freemason Lodge and its string to his stepson Henry Cecil. He received a knighthood the same year for his services as royal trainer. He died on 14th March 1983.