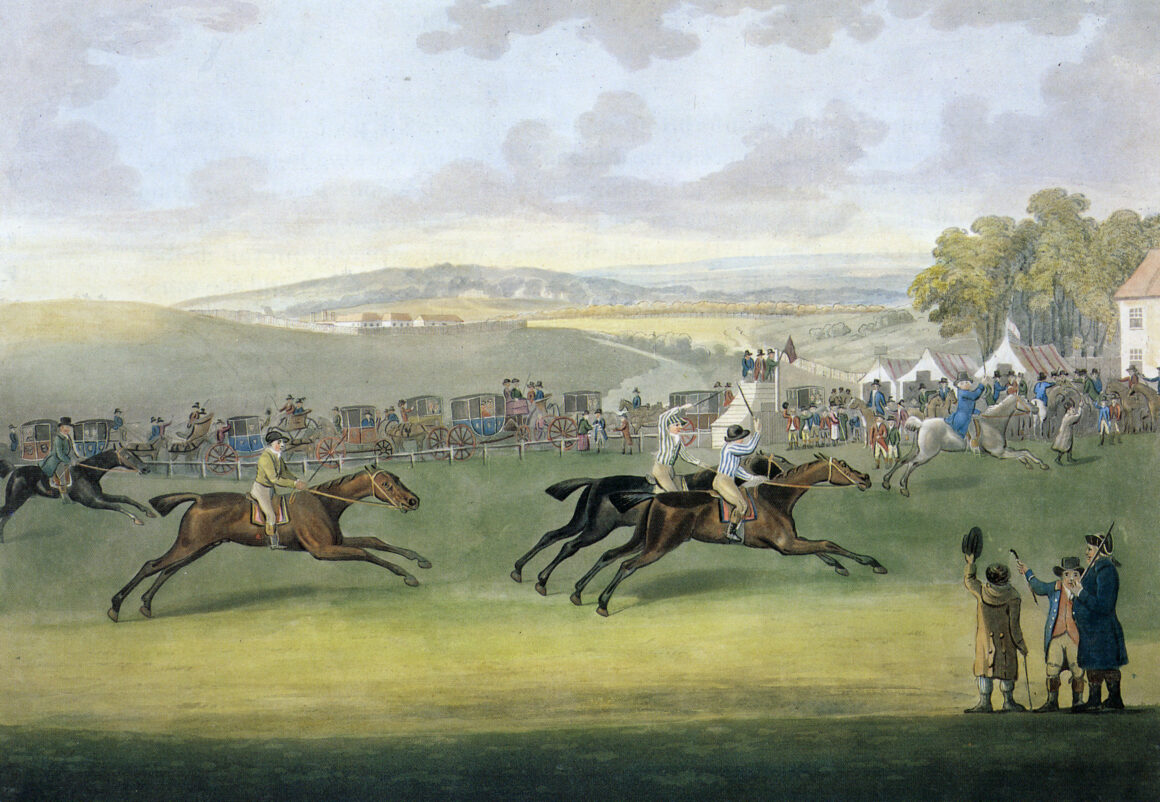 During a career lasting almost 50 years, Frank Buckle rode 27 classic winners, a total exceeded only by Lester Piggott. He won the Derby five times, the Oaks nine times, six 1,000 Guineas, five 2,000 Guineas and two St Legers.<br>The son of a Newmarket saddler, he was apprenticed to trainer Richard Vernon and had his first mount in public when aged 17 in May 1783, weighing out at just 3st 13lb. At the end of his apprenticeship he rode for Lord Grosvenor and achieved his first classic victory on John Bull, whom he regarded as the best he ever rode, in the 1792 Derby. He won a second Derby on Daedalus in 1794 and three successive Oaks on Niké (1797), Bellissima (1798) and Bellina (1799).

Following Lord Grosvenor’s death in 1802, Buckle rode for Newmarket trainer Robert Robson. In the first year of their association he won the Derby on Tyrant and the Oaks on Scotia. He rode a waiting race on Tyrant, while on Scotia he was three times beaten off by the leaders but brought her with one final effort to win by a head.

Jockeys were allowed to bet in those days and Buckle won a substantial sum by doubling up his two mounts. Robson and Buckle combined to land 13 more classics. Riding in the scarlet silks of the Duke of Grafton, he won the 2,000 Guineas four times and the 1,000 Guineas five times between 1820 and 1827.

Unlike many other jockeys of his time, Buckle was scrupulously honest. Even when he had bet on a horse other than his own mount, he would ride to the best of his ability. Like Sam Chifney, he liked to hold back early and come with a late challenge. “If I win by the length of my arm, won’t that do just as well as winning by a couple of lengths?” he once asked his mount’s connections.

A reliable family man, he had a farm at Long Orton, near Peterborough and thought nothing of covering the 92-mile round trip to Newmarket on one of his hacks to ride trials, then heading home in time for tea at six o’clock. Buckle brought his long career to an end at the age of 65 when riding for the final time at Newmarket in November 1831. He died in February 1832, barely three months after his retirement from the saddle.