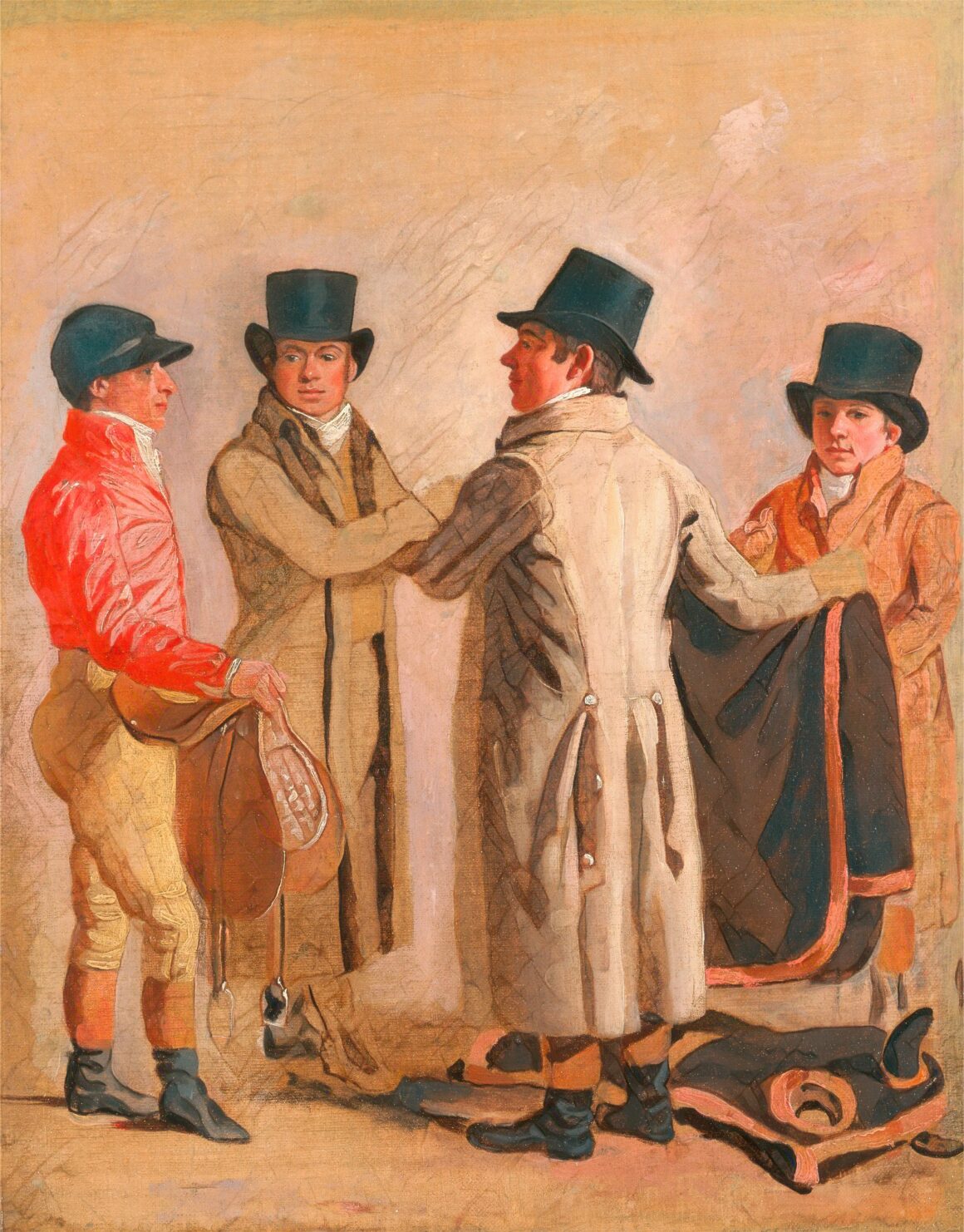 Robert Robson was the outstanding trainer of the first quarter of the 19th century. He won a total of 33 Classics, including seven winners of the Derby.

He commenced his career at Lewes, Sussex in 1793 as private trainer to Sir Ferdinand Poole, head of a well-known Cheshire racing family, and struck gold immediately by winning that year’s Derby with Sir Ferdinand’s homebred colt Waxy.

Soon afterwards, Robson moved to Newmarket where he went on to train six more Derby winners, the first three of which – Tyrant (1802), Pope (1809) and Whalebone (1810) – were owned by the 3rd Duke of Grafton. His fourth winner, Whisker (1815), belonged to the 4th Duke, who had inherited the title following the death of his father in 1811. Pope, Whalebone and Whisker were all sons of Waxy.

In addition to the Duke of Grafton’s horses, Robson also trained for Lord Grosvenor (later the 1st Duke of Westminster) for whom he won the 1805 Oaks with Meteora and the 1810 2,000 Guineas with Hephestion.
Robson’s sixth Derby victory was Azor in 1817, giving jockey Jem Robinson, who had served his apprenticeship with Robson, the first of his six Derby successes.

The seventh and last Derby winner saddled by Robson was Emilius in 1823, owned by John Udney, for whom Robson had previously trained Corinne to win the 1,000 Guineas and Oaks in 1818. Emilius was ridden to Epsom glory by Frank Buckle. Interestingly, this was the first time the Racing Calendar deigned to name the winning jockey when recording the result of the Derby.

Known as ‘The Emperor of Trainers’, he was noticeably less severe on his horses than most of his contemporaries and gave them time to mature. None of his seven Derby winners had run as
a two-year-old.

When Robert Robson retired in 1828, the Jockey Club presented him with a silver plate to mark a
career defined by integrity and professional ability. He died at Newmarket ten years later.