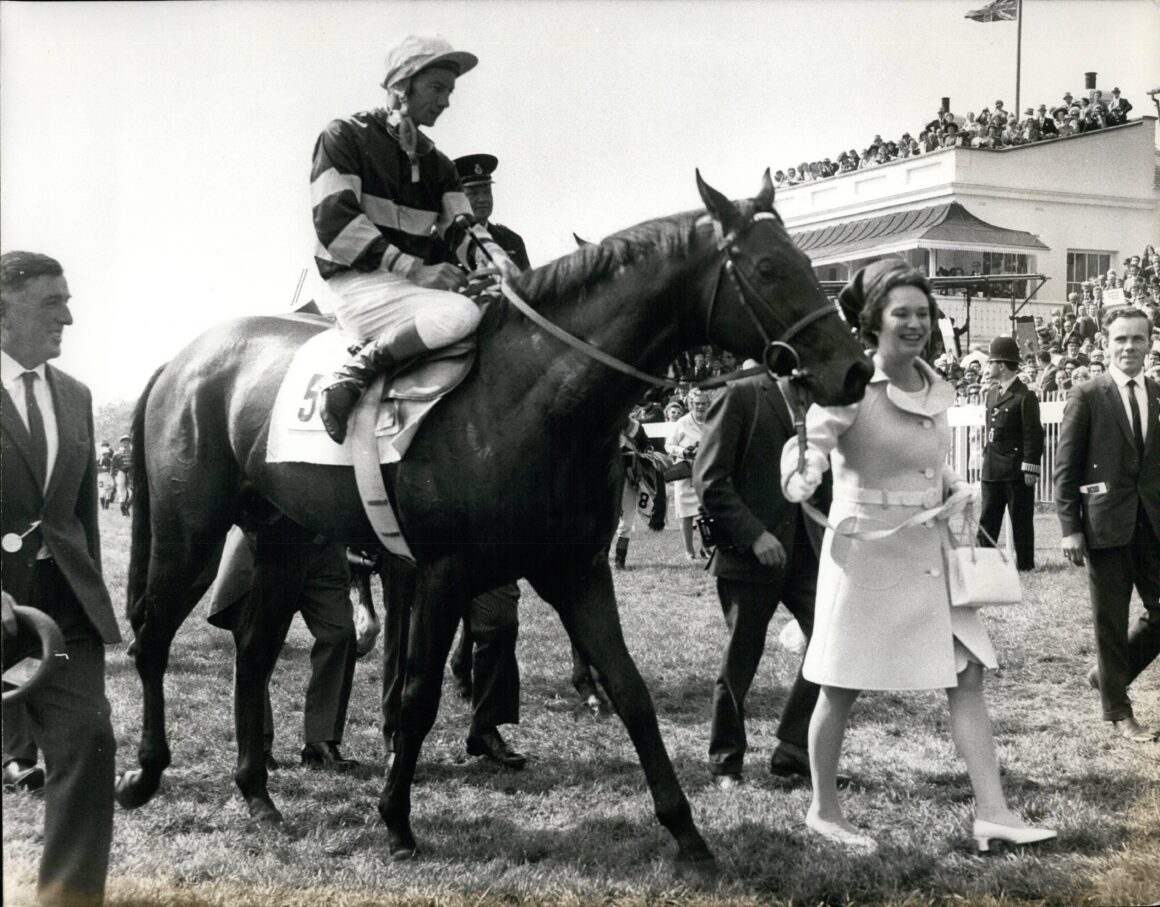 Trained by Vincent O’Brien in Ireland, Sir Ivor won eight races from 13 starts in four countries including the 1968 2,000 Guineas and Derby. Bred in Kentucky by Sir Gaylord out of the mare Attica, Sir Ivor was owned by Raymond Guest, the United States Ambassador to Ireland.

As a two-year-old he won the seven-furlong National Stakes at the Curragh and the one-mile Grand Criterium at Longchamp. He made his three-year-old debut in England, winning Ascot’s 2,000 Guineas Trial Stakes by half a length with Lester Piggott giving him as easy a race as possible.

Sir Ivor started favourite at 11-8 for the 2,000 Guineas, his main rival being the unbeaten Petingo, who many seasoned observers thought would beat him. Petingo led coming into the Dip but when Sir Ivor delivered his challenge, the race was over in a matter of strides, winning comfortably by a length and a half.

An odds-on shot for the Derby, he entered the final furlong fully three lengths behind the leader, Connaught, but then accelerated past him in the manner of a top-class horse to again win by a length and a half, causing Piggot to remark afterwards that Sir Ivor was “the best I have ridden”.

Surprisingly, Sir Ivor lost his next four races. He was beaten two lengths by Ribero in the Irish Derby; finished third to Royal Palace and Taj Dewan in closely-fought Eclipse Stakes; ran second when in need of the race in the Prix Henry Delamarre at Longchamp; and was then outstayed by Vaguely Noble when finishing second in the Prix de l’Arc de Triomphe.

Two weeks later, Sir Ivor returned to winning ways in the Champion Stakes at Newmarket, then rounded off his career in America with victory in the Washington D.C. International at Laurel Park, Maryland.

Retired to stud, he was sold to a syndicate to stand at Claiborne Farm in Kentucky. There he sired (fathered) 94 stakes winners and was the broodmare (dam) sire of more than 145 stakes winners before his death at the advanced age of 30 in 1995.

Sir Ivor also left his mark as a sire of sires, chiefly through Bates Motel in America and Sir Tristram, the latter being champion sire 17 times in Australia.