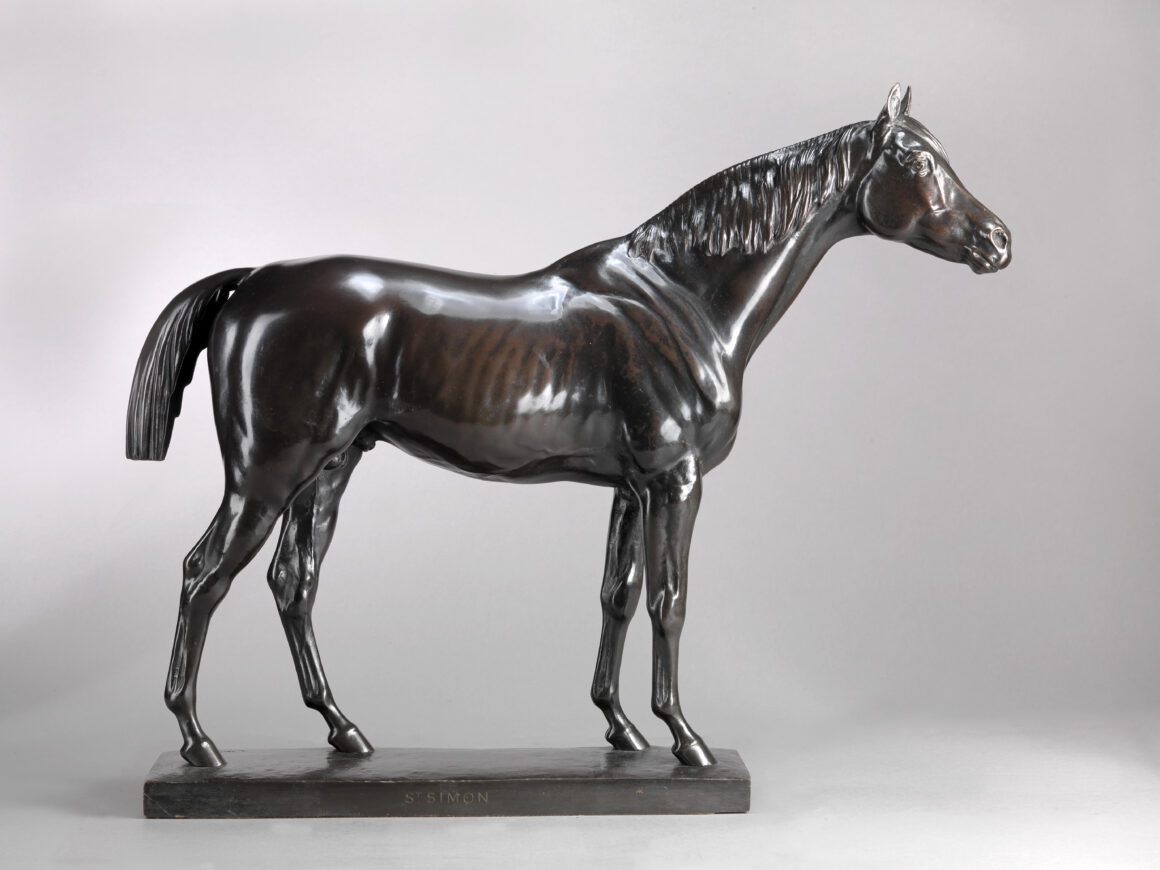 A son of the 1875 Derby winner Galopin, St Simon was bred by Prince Gustavus Batthyany, (the first Hungarian to be elected to the Jockey Club) and was the sixth foal of his dam (mother) St Angela. Shortly before the start of the 1883 2,000 Guineas, Prince Batthyany suffered a fatal heart attack at Newmarket while walking up the grandstand stairs. His death resulted in a dispersalsale of all his stock,  St. Simon being bought for 1,600 guineas by the Duke of Portland.

Put into training with Mat Dawson at Heath House, Newmarket, St Simon made his debut in a five-furlong race at Goodwood, winning easily by six lengths, then won a six-furlong contest the following day with similar authority. He finished his two-year-old season unbeaten in five starts, including the Prince of Wales Nursery at Doncaster in which he carried 9 stone (126 lbs) against 21 opponents and won by eight lengths.
Prince Batthyany’s death precluded St Simon from running in the 1884 2,000 Guineas – the only Classic for which he’d been entered – as the rules then in force stated that a horse’s engagements were automatically forfeited on the death of the owner who had entered it.

His three-year-old career began with an easy six-length victory over the previous year’s Ascot Gold Cup winner Tristram and two other horses in a race over one-and-a-half miles at Newmarket. Handed a walkover for the Epsom Gold Cup, St Simon then beat Tristan by 20 lengths in the Ascot Gold Cup. Any suggestions that Tristan might have lost his form were dispelled when he reappeared the very next day and won the Hardwicke Stakes.

St Simon ran only twice more, winning the one-mile Newcastle Gold Cup by eight lengths and then trouncing the previous year’s St Leger winner Ossian by 20 lengths in the Goodwood Cup. Though kept in training as a five-year-old, a leg injury prevented him running. He retired to stud in 1886 and went on to become champion sire in Great Britain and Ireland nine times. He was also the leading broodmare sire six times. He sired 10 Classic winners who won 17 Classics between them, including full-brothers Persimmon and Diamond Jubilee and fillies’ Triple Crown heroine La Fleche.

In April 1908, St Simon, who was by then 27 years old, collapsed and died after returning from his morning exercise. His skeleton was donated to the British Museum of Natural History. He is commemorated by the Group 3 St Simon Stakes, run at Newbury in October.