Horses that have shaped The Derby 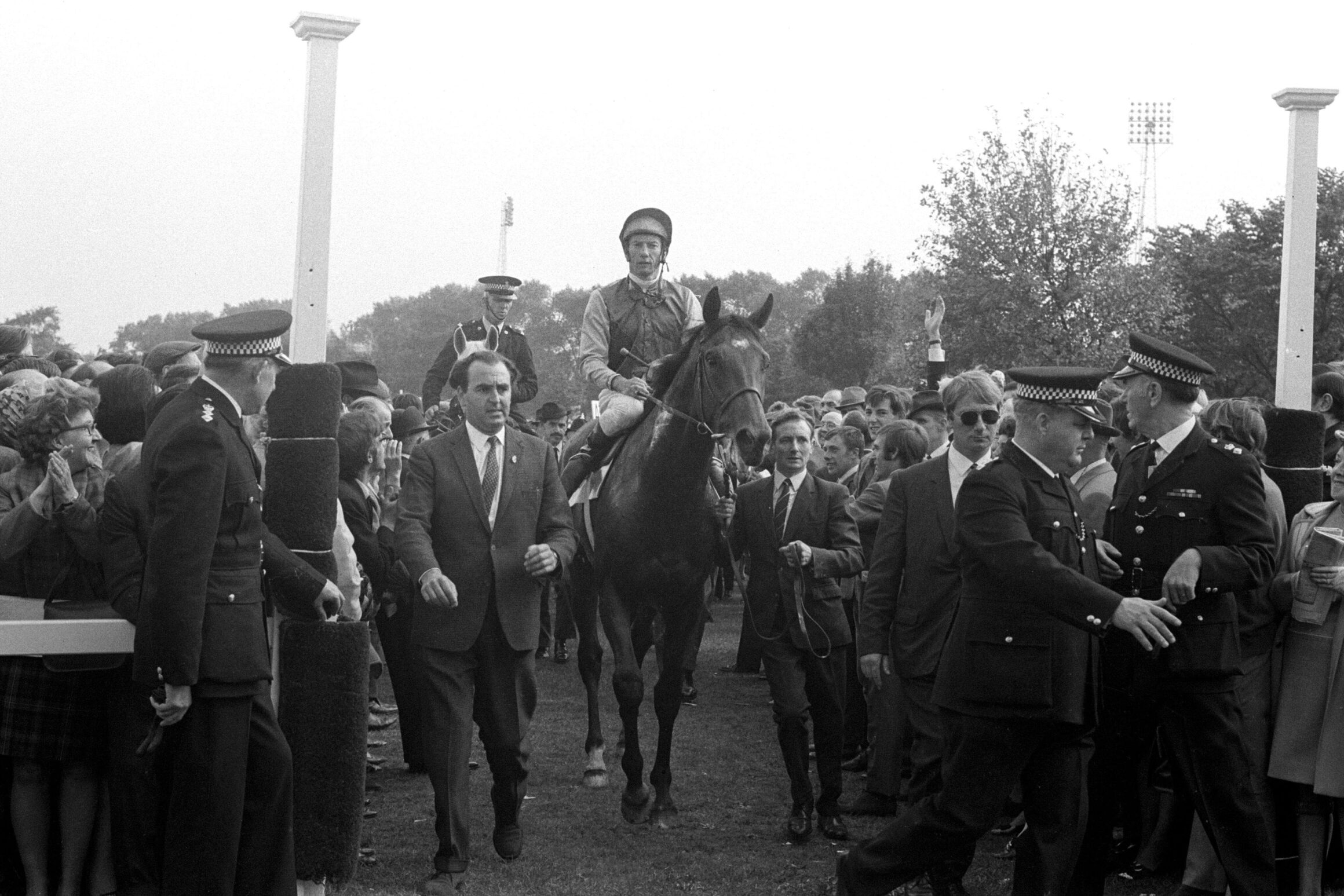 The Queen’s Platinum Jubilee celebrations of June 2022 honour the longest reigning monarch in Britain’s history. The only other to reign for more than 60 years was Queen Victoria, who inherited the throne aged 18 in 1837.

The Queen has yet to own a Derby winner, coming closest when Aureole finished second to Pinza in 1953. However, royalty has long been associated with the race known as Blue Riband of the Turf.  The Prince of Wales (later King George IV) owned the Derby winner Sir Thomas way back in 1788.

Queen Victoria’s son, the Prince of Wales was an enthusiastic supporter of racing and owned the 1896 Derby winner Persimmon, who was by the great racehorse St Simon out of the mare Perdita. The following year, to commemorate the 60th year of his mother’s reign, the Prince named Perdita’s new foal Diamond Jubilee. 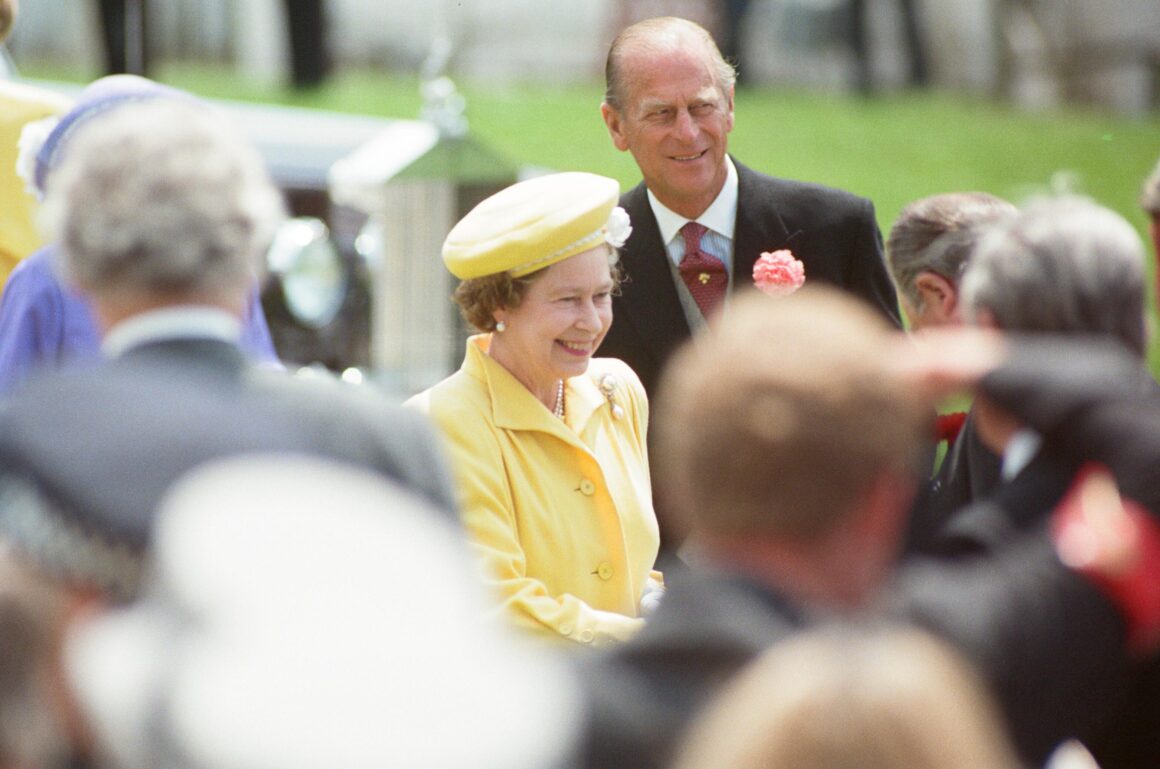 Her Majesty The Queen attending Epsom for The Derby

Three years later, that horse would not only emulate his elder brother by winning the 1900 Derby, he would also annex the Triple Crown. In winning that year’s 2,000 Guineas, Derby and St Leger, Diamond Jubilee gave the Prince of Wales the unique distinction of being the only member of the Royal Family to own a Triple Crown winner.

The Prince inherited the throne as King Edward VII on the death of Queen Victoria in 1903. When his horse Minoru won the Derby in 1909, he became the first – and so far, only – reigning monarch to own a Derby winner. 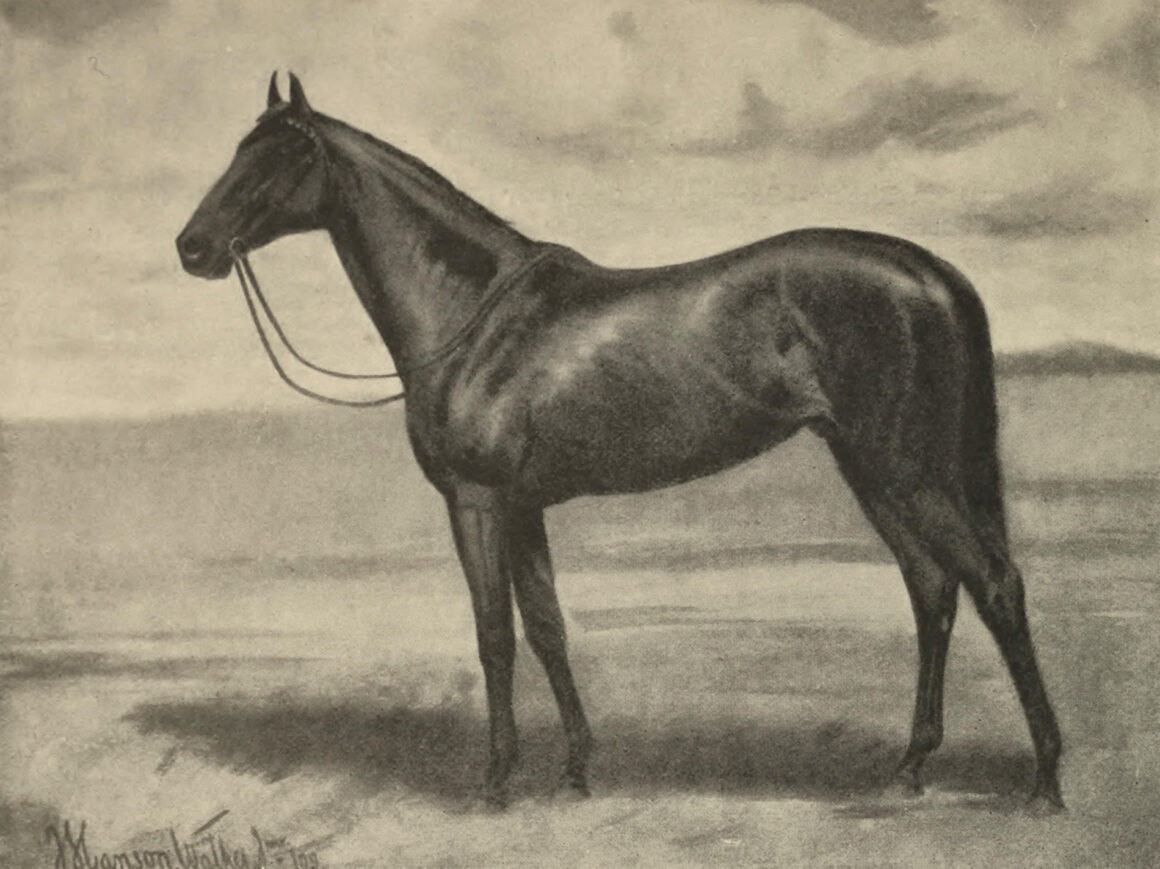 Only six fillies have won the Derby since it was first run in 1780. The most recent was wartime winner Fifinella in 1916, when the race took place at Newmarket. There have been just three 100-1 winners, the last of those being Aboyeur in the sensational Derby of 1913, following the disqualification of first past the post Craganour.

Combining those two rare events, the only filly to win the Derby at 100-1 was Signorinetta in 1908. She was owned, trained and bred by the Italian Chevalier Odorato Ginistrelli.

Ginistrelli had moved to Britain around the turn of the century but had met with little success. His best horse had been a filly named Signorina, who won all her nine races as a two-year-old including the Middle Park Stakes. Ginistrelli was keen to breed from her but she continually proved barren when covered by top-class sires. However, he noticed that she appeared to show particular interest in an unfashionable stallion named Chaleureux, who passed her paddock each day when led out for his morning exercise.

Chaleureux’s stud fee was just 9 guineas. Ginistrelli decided to take a chance “on the boundless laws of sympathy and love”. He was rewarded with a filly who he named Signorinetta. She was unplaced in her first five races at two before winning a moderate Newmarket nursery, then was well beaten in the 1,000 Guineas. Understandably, she went off an unconsidered 100-1 outsider for the Derby but, to universal astonishment, won comfortably by two lengths. Nor was that the end of the story, for just two days later she won the Oaks with even greater ease.

The rest of Signorinetta’s career was an anti-climax and she proved of little account at stud. Nonetheless, she remains one of the most remarkable Derby winners in the race’s long history and is certainly part of its ‘romance’. As for her sire, Chaleureux, he never fathered another good horse. 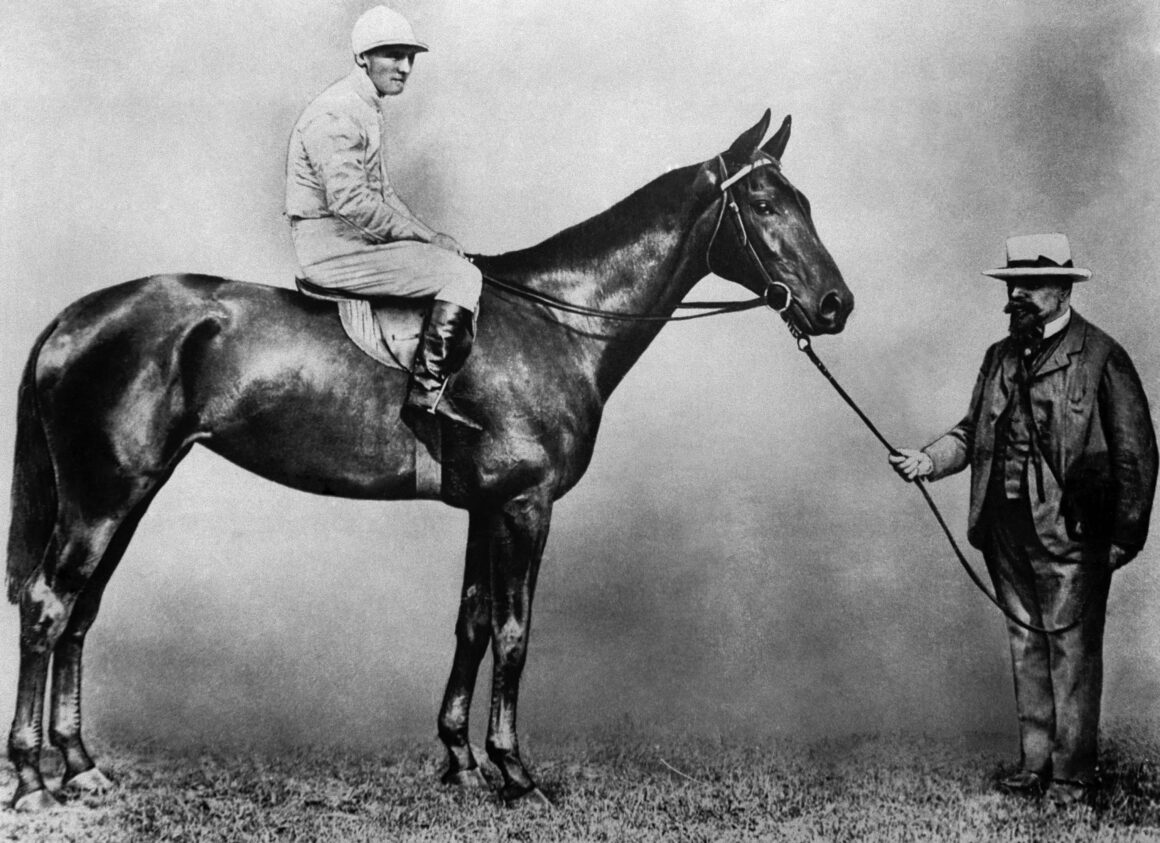 Signorinetta, the only filly to win the Derby at 100/1

During the last three decades of the 20th century, North American-bred horses won the Derby on more than a dozen occasions. However, their dominance of the British racing scene had been a long time in the making.

Iroquois in 1881, was the first American-bred horse to win the Derby. There would not be another until Never Say Die in 1954.

Iroquois was bred by Aristedes Welch at Erdenheim Stud, near Philadelphia and owned by tobacco millionaire Pierre Lorillard. His sire, Leamington, had been imported from England. In 1879 Iroquois was one of a number of yearlings Lorillard sent to Newmarket, accompanied by his trainer Jacob Pincus. He won four of his 12 races as a two-year-old and finished second in the 2,000 Guineas before winning the Newmarket Stakes and being the recipient of a walkover for the Burwell Stakes at the same course.

His next race was the Derby, which he won by half a length in the hands of Fred Archer. At Ascot Iroquois won both the St James’s Palace Stakes and the Prince of Wales’s Stakes. In the autumn he added the St Leger to his Epsom Derby and Ascot victories. Though only third to Bend Or in the Champion Stakes, he returned to winning ways two days later in the Newmarket Derby.

Iriquous did not run at four but returned as a five-year-old, ending his career with victory in the Stockbridge Cup. He then returned to America to stand as a stallion at Bellmead Stud, Tennessee, where he remained till his death in 1899.

The Derby victory of Iroquois undoubtedly played a significant role in putting American breeding on the map, although Iroquois himself proved only moderately successful at stud. 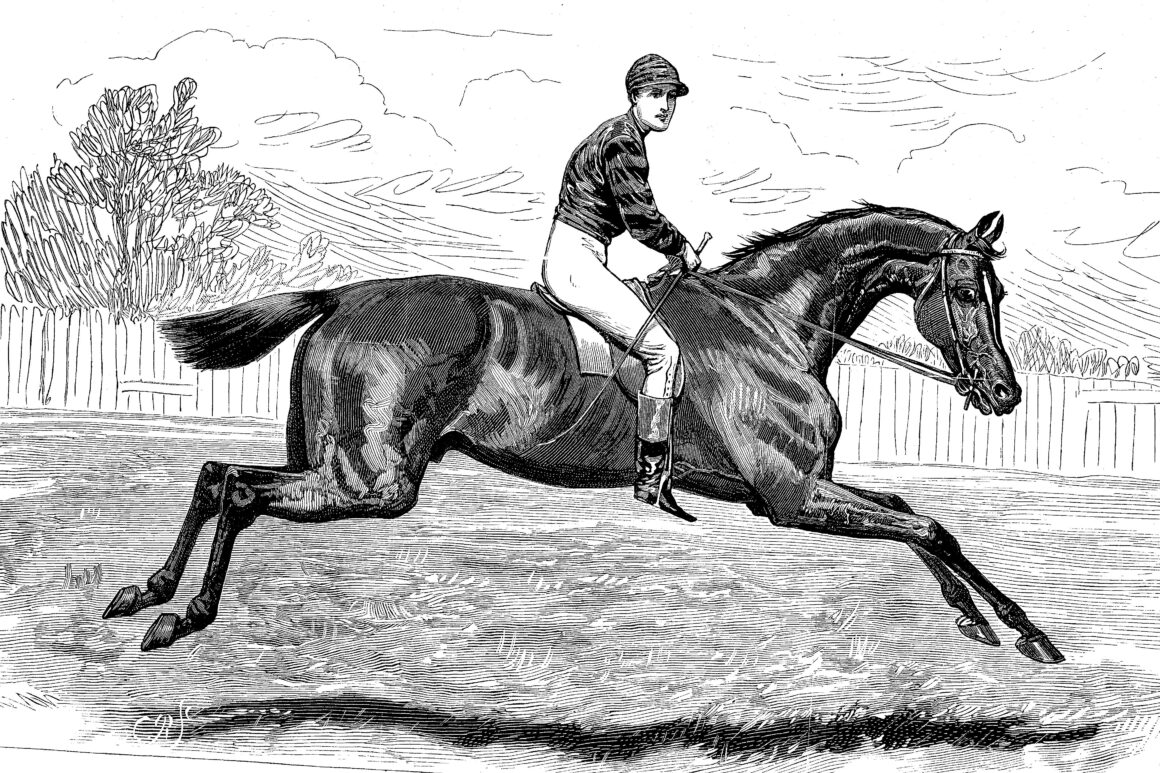 The Derby is the middle leg of the English Triple Crown, preceded by the 2,000 Guineas and followed by the St Leger. Only 15 colts have managed to win all three, and three of them (Pommern, Gay Crusader and Gainsborough) won wartime substitute races held at Newmarket during World War One.

West Australian, in 1853, became the first horse to win the 2,000 Guineas, Derby and St Leger. The French-bred Gladiateur, nicknamed ‘The Avenger of Waterloo’ was the second to do so in 1865. The third, Lord Lyon, in 1866, won 17 races in all yet remains largely forgotten, due perhaps to the moderate quality of his opponents.

Ormonde, in 1886, was arguably the first Triple Crown winner to be recognised by that title. Trained by John Porter at Kingsclere, Ormonde was one of the greatest racehorses of all time, uneaten in 14 races over three seasons. 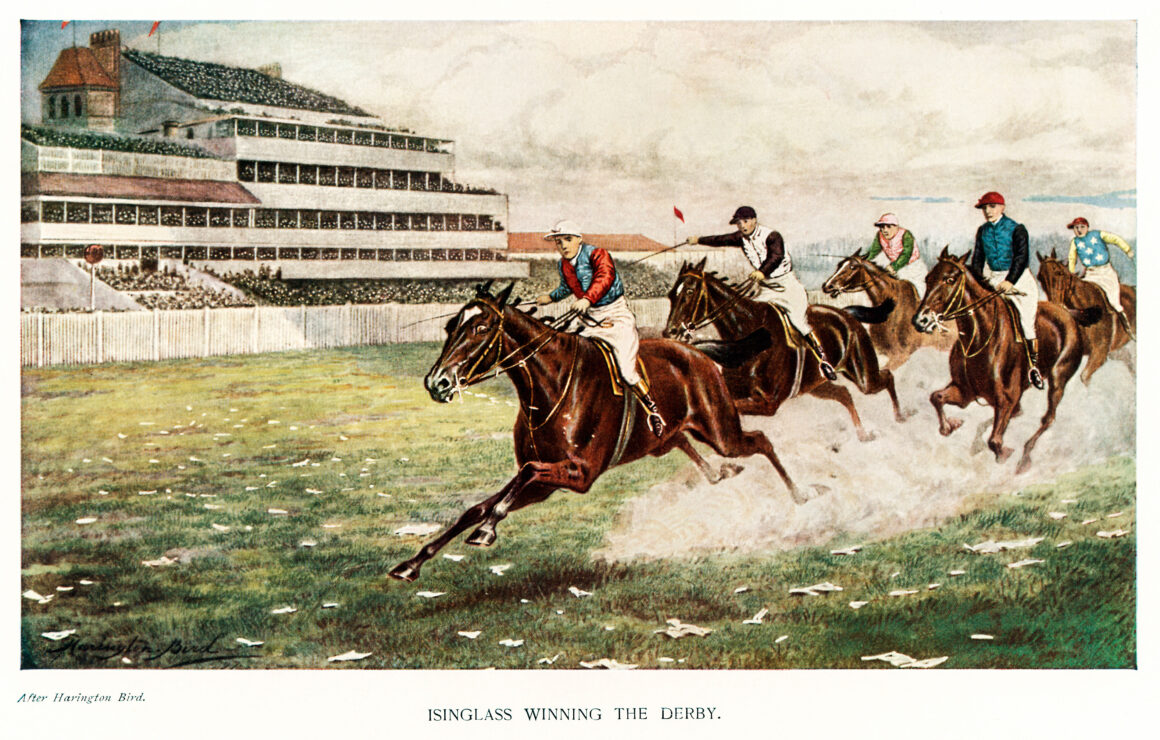 Diamond Jubilee provided his royal owner the Prince of Wales (later Edward VII) with Triple Crown glory in 1900, while Rock Sand won all three races with the minimum of fuss in 1903.

Bahram (1935) was the only 20th century Triple Crown winner to retire undefeated, having won all his nine starts at two and three.

Nijinsky (1970) became the first Triple Crown winner to be purchased at auction. Bred in Canada, he was bought for $84,000 by Charles Engelhard. Trained by Vincent O’Brien, Nijinsky won the Derby with authority under the coolest of rides from Lester Piggott.

With racing having become more specialised over the course of the last 50 years, Nijinsky may well turn out to be the last horse to land the English Triple Crown. 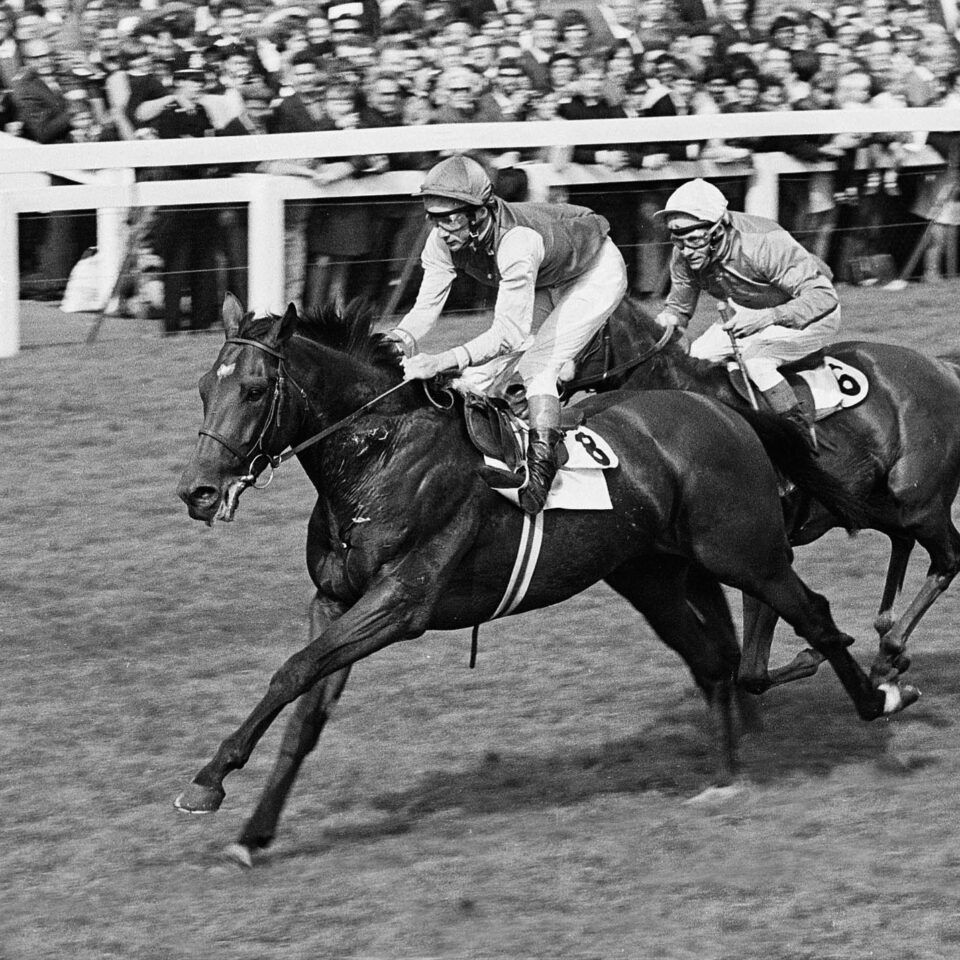 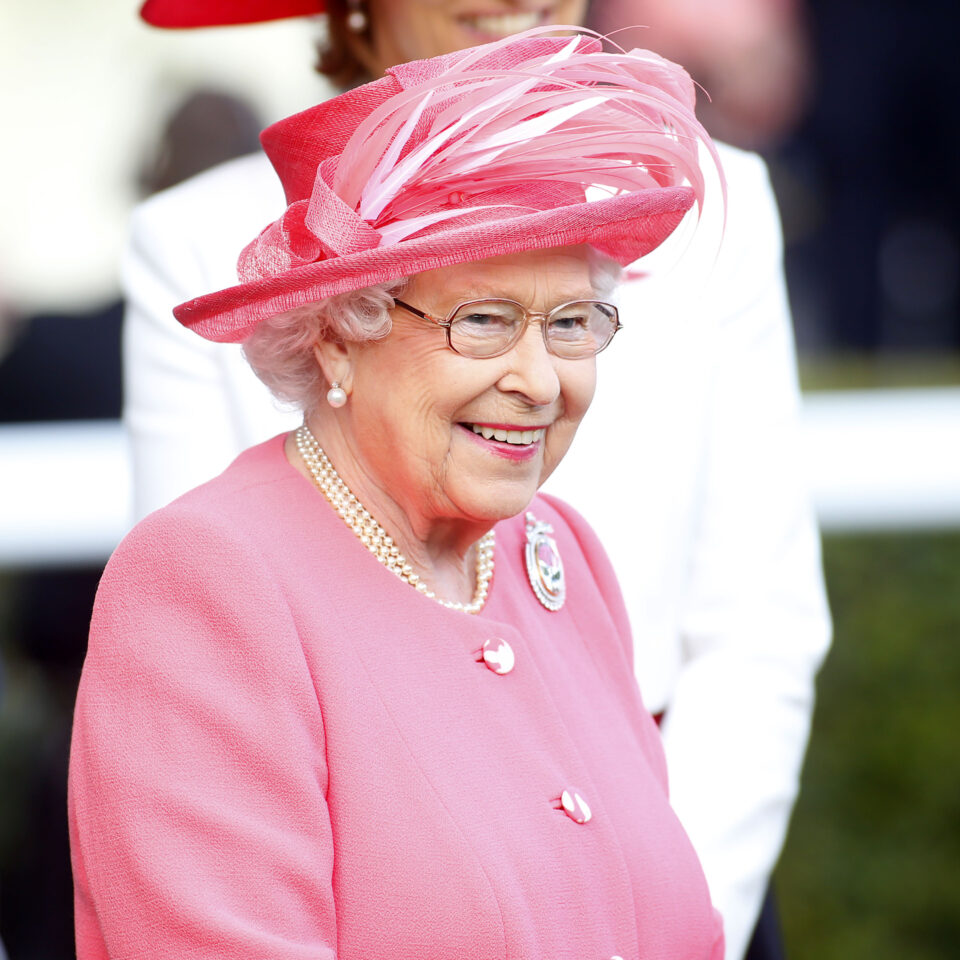