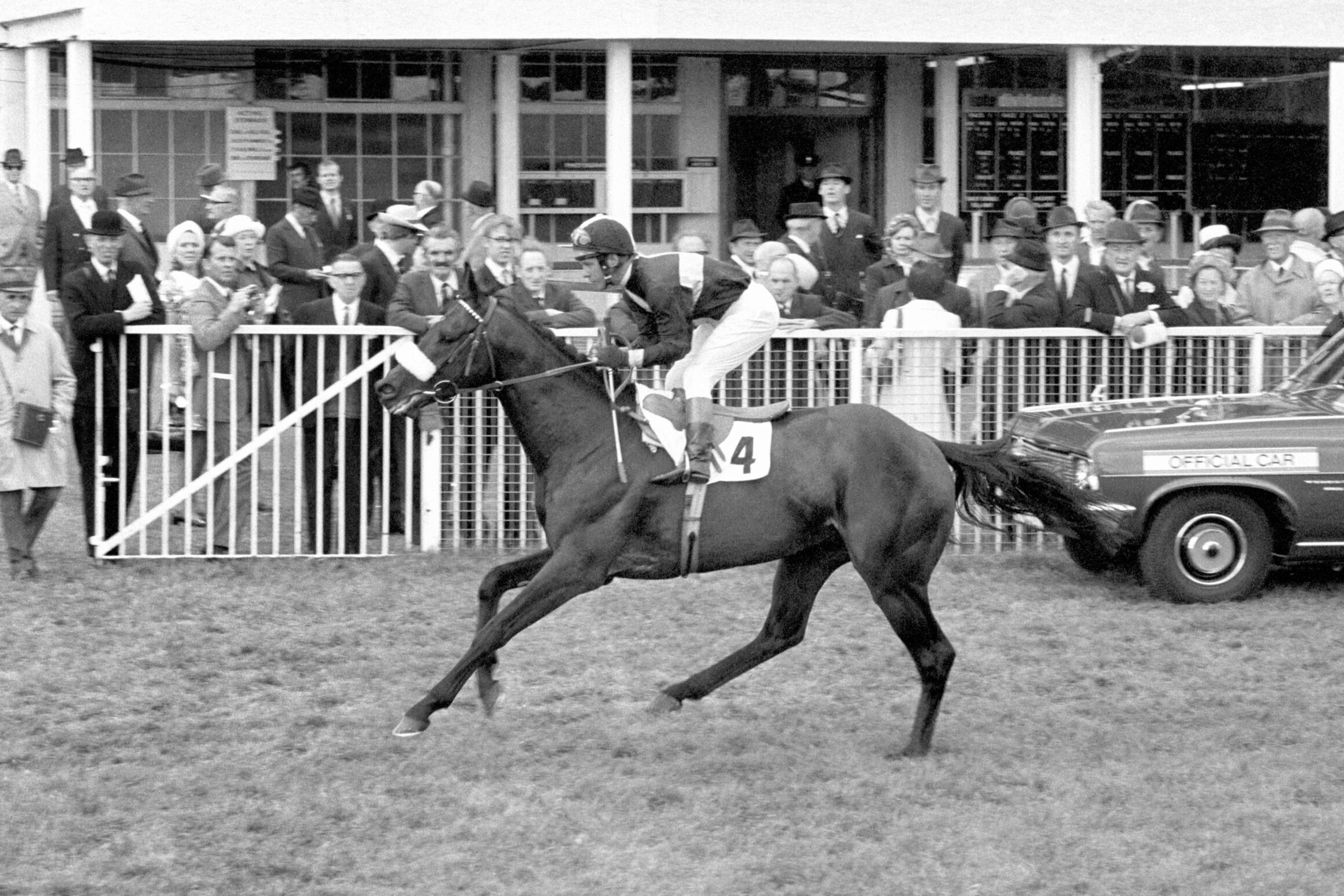 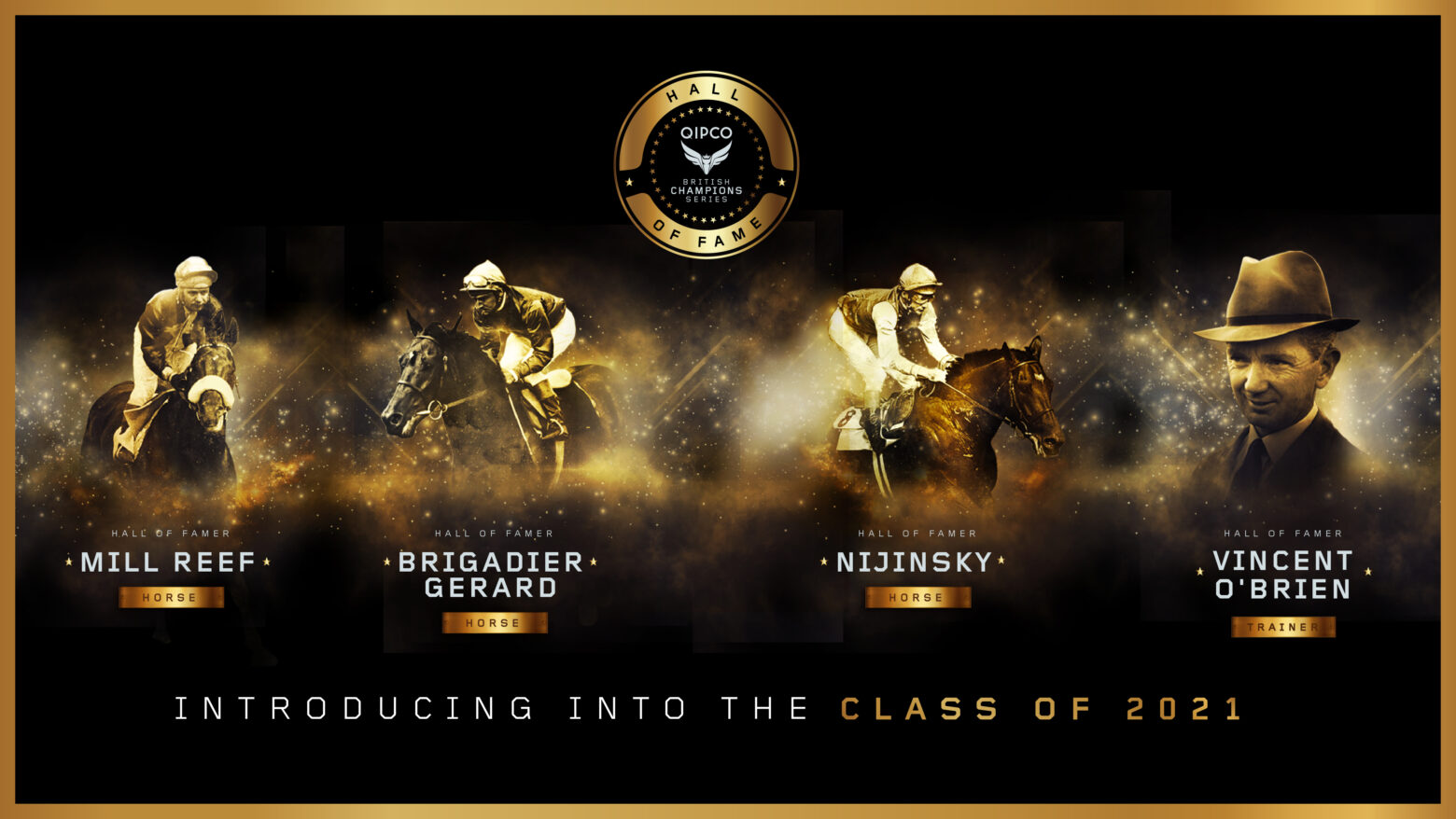 Legendary trainer Vincent O’Brien, together with three titans of the turf from the 1970s, Brigadier Gerard, Mill Reef and Nijinsky, are today named as the next four stars to be inducted into the QIPCO British Champions Series Hall of Fame, which can be found online at Horseracinghof.com.

Launched to mark the 10th anniversary of QIPCO’s sponsorship of the British Champions Series, the first official Hall of Fame for British Flat racing sets out to immortalise the Modern Greats of the sport, both human and equine, from 1970 onwards.

On the basis of their undisputed status and achievements within the sport, the quartet will join inaugural inductees Frankel and Lester Piggott in the Hall of Fame, with O’Brien becoming the first trainer to gain membership.

Broadcaster Brough Scott, who undertook his first broadcast for ITV Racing in 1971, the year in which Brigadier Gerard completed his incredible unbeaten three-year-old season, was part of the independent panel of horseracing experts who agreed on the inductees.

“Irish genius Vincent O’Brien added to the magic of that era, setting a standard most could only dream of matching. He changed the racing and training landscape, and his legacy lives on at Ballydoyle and Coolmore – which remain two of the world’s greatest racing operations to this day.

“They individually and collectively deserve these places within the Hall of Fame and the panel and I offer our heartfelt congratulations to their connections.”

Trainer O’Brien, who registered a total of 141 Group One wins, with 67 in the UK, died 12 years ago but his influence on the sport will go on forevermore. As well as training six Derby winners and a host of other British Classics, he also landed three consecutive Grand Nationals in the 1950s, making him one of few trainers to succeed in both disciplines at the highest level. He also created the superb training facilities at Ballydoyle and played a pivotal role in the development of Coolmore Stud – two of Ireland’s, if not the world’s, most illustrious racing operations. Tellingly, the winning machine that Vincent O’Brien helped create and develop continues to flourish to this day.

Brigadier Gerard, Mill Reef and Nijinsky – the last-named trained by O’Brien – all lit up the sport during the early 1970s. Between the three, they won an incredible 40 of their 45 races.

The mighty Brigadier Gerard, ridden by the late Joe Mercer, won 17 of his 18 races and is remembered as one of the greatest milers there has been, although he also shone over further. His record in 1971 was phenomenal, winning all six of his races, and his final resumé contained a British Classic in the 2000 Guineas, two Queen Elizabeth II Stakes and two Champion Stakes victories.

The Ian Balding-trained Mill Reef had to play second fiddle to Brigadier Gerard in the 2000 Guineas of 1971 but, upped in distance, he would never be beaten again. His exploits included outstanding victories in the Derby and Prix de l’Arc de Triomphe.

Meanwhile, the majestic Nijinsky, ridden by inaugural Hall of Famer Lester Piggott, made history in 1970 by scooping the Triple Crown. No horse has since achieved this milestone of winning the 2000 Guineas, Derby and St Leger in the same year. Nijinsky went on to become a hugely successful stallion and, to this day, remains the only sire to have a winner of the Derby (Epsom) and the Kentucky Derby in the same year.

Connections of these four stars will receive a specially commissioned medal, designed by Asprey and unique within British racing, to mark their achievement. The four medals will be displayed at Doncaster’s Cazoo St Leger day (Saturday 11th September) as part of a QIPCO British Champions Series Hall of Fame exhibition. The exhibition can be found within the racecourse’s grandstand in the Grandstand Enclosure. Achieving a place in the Hall of Fame has become one of the highest accolades within British Flat racing, reflecting extraordinary achievements and contributions to the sport. Launched to mark the start of this year’s QIPCO British Champions Series, a number of additional inductions will be announced in the build-up to QIPCO British Champions Day at Ascot (Saturday 16th October),