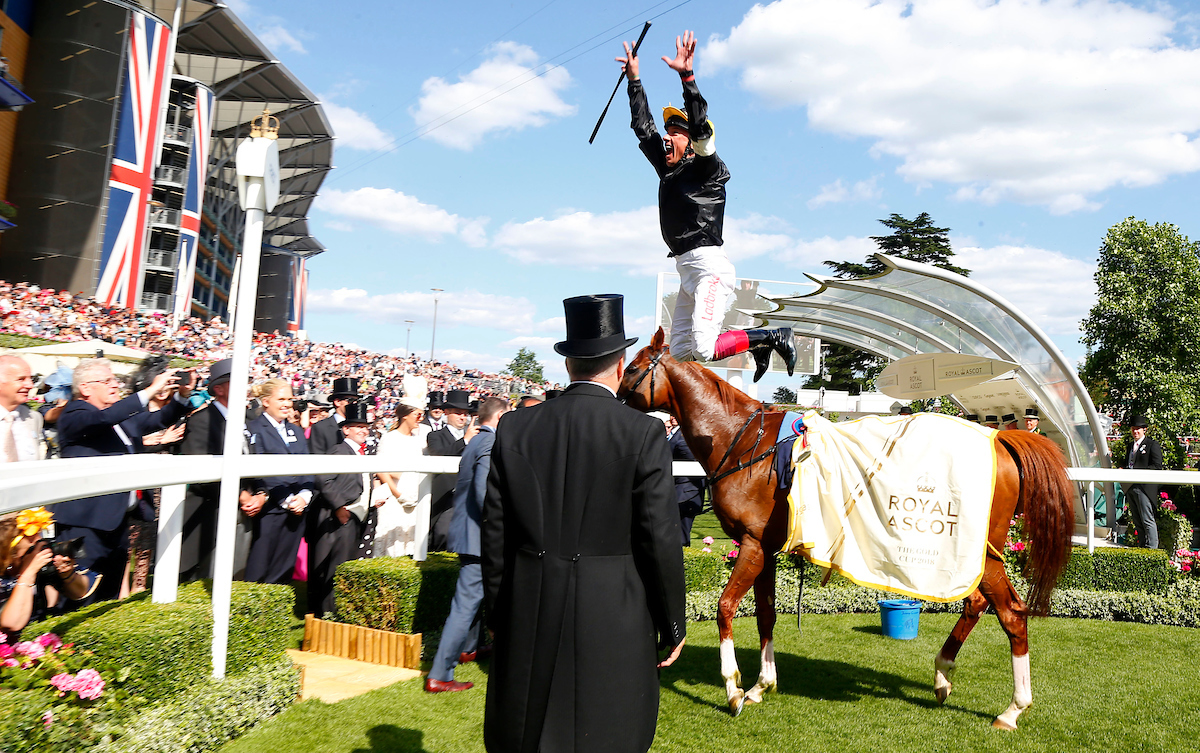 Royal Ascot. Two words that trigger a flood of golden memories and excite racing fans of all generations. This week’s five-day spectacular will include no fewer than eight of the 35 races that make up the QIPCO British Champions Series and will again feature the sport’s top trainers and jockeys plus many of its rising and established equine stars.

Lester Piggott rode a record 116 winners at Royal Ascot, while Frankel’s unbeaten 14-race career included successive victories at the meeting (2011 and 2012). That pair were the first to be inducted into the QIPCO British Champions Series Hall of Fame last month but who will be joining them? Below, we highlight horses, trainer and jockeys who have helped light up Royal Ascot since 1970 and will no doubt be future candidates.

Bred and owned by John Hislop, Brigadier Gerard was beaten only once during his dazzling 18-race career and is remembered as one of the greats of the turf.

Trained by Dick Hern and ridden throughout his career by Joe Mercer, Brigadier Gerard excelled in races ranging between six furlongs and a mile and a half during his three-season career.

He won each of his five races at Ascot, including twice at Royal Ascot. In 1971, he went off at 4/11 for the St James’s Palace Stakes and got the better of Sparkler, who had been narrowly beaten in the Irish 2000 Guineas. Twelve months later, he won the Prince of Wales’s by five lengths in a new course record time. It was his thirteenth successive win. He’s sure to be in the Hall Of Fame conversation.

There have been few faster horses than Dayjur, who carried all before him in the sprinting division in 1990. At the start of the year, trainer Dick Hern had designs on the 2000 Guineas with him but quickly dropped him back in trip after he had failed to figure over 7f at Newmarket on his return.

By the time Dayjur lined up under Willie Carson in the King’s Stand Stakes at Royal Ascot, he had already re-established himself as a sprinter but connections were concerned by the prevailing soft ground. They need not have worried as the three-year-old made all and beat French challenger Ron’s Colt by two and a half lengths.

Glorious wins in the Nunthorpe, Sprint Cup and Prix de l’Abbaye followed and he had the Breeders’ Cup Sprint in his grasp on his final start, only to jump a shadow in the final strides and lose by a neck.

So You Think conquered two continents. He was a magnificent performer in Australia before being switched to Europe, as a five-year-old, and winning five more Group 1 races in Britain and Ireland. He was inducted into the Australian Racing Hall Of Fame in 2019, seven years after his retirement, and so it will be a notable double if he one day makes it into the QIPCO British Champions Series equivalent.

Bred in New Zealand, he won two renewals of the Cox Plate, Australia’s premier weight-for-age race, before changing hands and being moved to Aidan O’Brien’s yard at Ballydoyle. He wasted little time making an impact in top races, prompting O’Brien to observe: “He’s incredible – a different creature to what we’ve ever seen before.”

So You Think suffered a narrow defeat at the hands of Rewilding in the Prince of Wales’s Stakes on his first visit to Royal Ascot but 12 months later put the record straight with a commanding success under the trainer’s son, Joseph.

A statue of Yeats was unveiled in the parade ring at Royal Ascot in 2011 and serves as a permanent reminder of his incredible exploits at the meeting.

He made history by becoming the first horse to win four successive renewals of the Gold Cup (2006-2009). In addition, his other victories included won two runnings of the Goodwood Cup, an Irish St Leger and a Prix Royal Oak, not to mention a Coronation Cup before being unleashed over longer distances.

Yeats belied odds of 7/1 when easily winning his first Gold Cup by four lengths in 2006 and was not extended to retain his crown the following year. Twelve months later he waltzed home by five lengths and then, in 2009, aged 8, he became only the second horse in Royal Ascot history to win the same race more than three times (Brown Jack won the Queen Alexandra Stakes six times (1929-1934).

The remarkable Stradivarius will emulate Yeats if he wins a fourth Gold Cup this week. He made history by becoming the first horse to win four successive renewals of the Gold Cup (2006-2009). In addition, his other victories included won two runnings of the Goodwood Cup, an Irish St Leger and a Prix Royal Oak, not to mention a Coronation Cup before being unleashed over longer distances.

The remarkable Stradivarius will emulate Yeats if he wins a fourth Gold Cup this week. 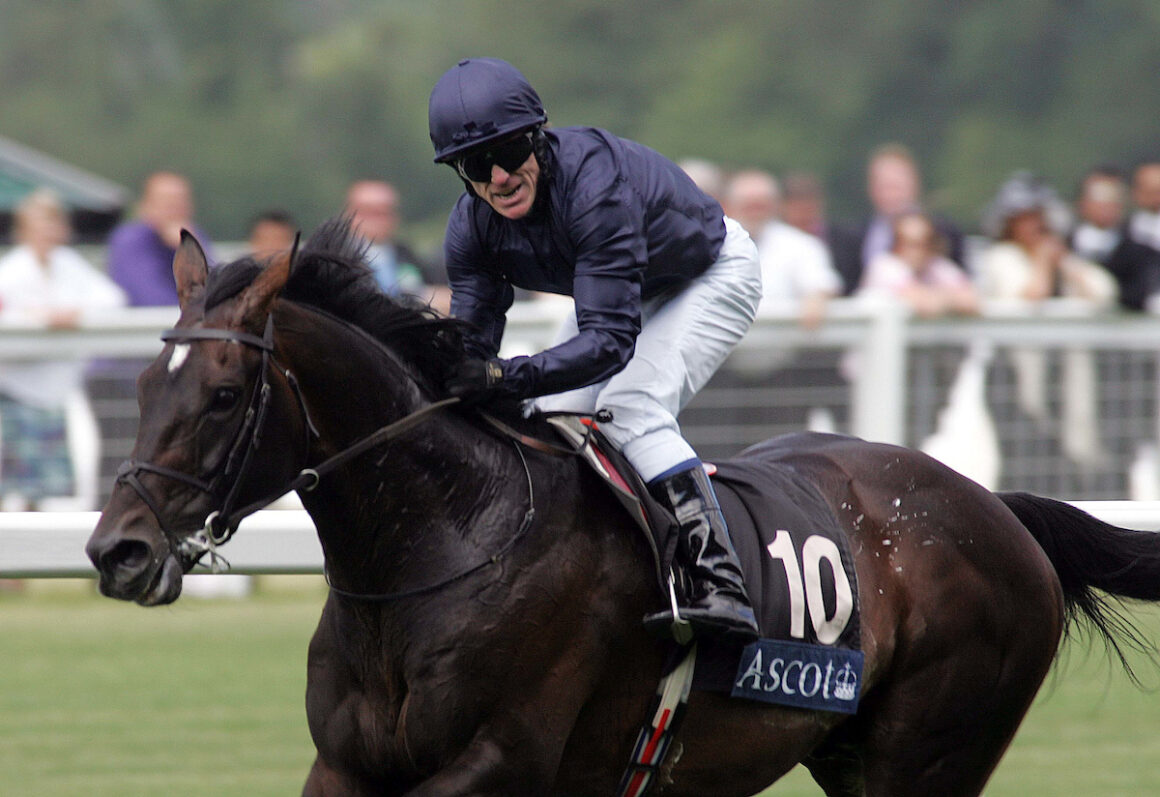 Yeats and Kieren Fallon won a record four Gold Cups on the bounce together.

One of the greats of the sport, Sir Henry Cecil was champion trainer ten times in Britain and saddled 75 Royal Ascot winners. Two wonderful jockeys, Lester Piggott and Steve Cauthen, combined to partner 35 of them.

Cecil plundered five of the meeting’s biggest races – the Gold Cup, Prince of Wales’s, Queen Anne, St James’s Palace and Coronation Stakes – on five occasions and was especially dominant at the meeting in 1987, when enjoying seven victories. Back then, of course, the Royal Meeting took place over four days.

Champions such as Kris, Le Moss, Ardross and Bosra Sham excelled for Cecil at the meeting, with Frankel being his final gift. The colt, who would win all 14 of his races, won the St James’s Palace in 2011 and returned 12 months later to win the Queen Anne by 11 lengths.

No trainer has had more Royal Ascot winners than Sir Michael Stoute, who heads into this week’s meeting with 81 victories to his name.

Stoute drew a rare blank last year (2020), but the ten-time champion trainer has had plenty to cheer since Etienne Gerard won the Jersey Stakes at 25/1 for him in 1977.

The Barbados-born maestro has been top trainer at the meeting six times, the first in 1991 and latest in 2014. Few races at the meeting have eluded him with Estimate’s narrow win in the 2013 Gold Cup, for Her Majesty The Queen, perhaps his proudest moment.

Only once this century (2003) has Aidan O’Brien failed to have at least one Royal Ascot winner and it seems only a matter of time before he becomes the most successful trainer in Royal Ascot’s long history.

He heads into this week’s meeting with 74 Royal winners to his name (31 of them in the past six years) and has already been top trainer at the meeting on ten occasions.

It is rare for any of the Group races at the meeting not to feature an O’Brien-trained challenger and he has landed the St James’s Palace Stakes on eight occasions with the help of such as Giant’s Causeway (2000), Rock Of Gibraltar (2002), Gleneagles (2015) and Circus Maximus (2019) – the last-named scooping the Queen Anne 12 months later. O’Brien’s seven Gold Cup triumphs include Yeats rewriting the record books with four successive wins (2006-2009). 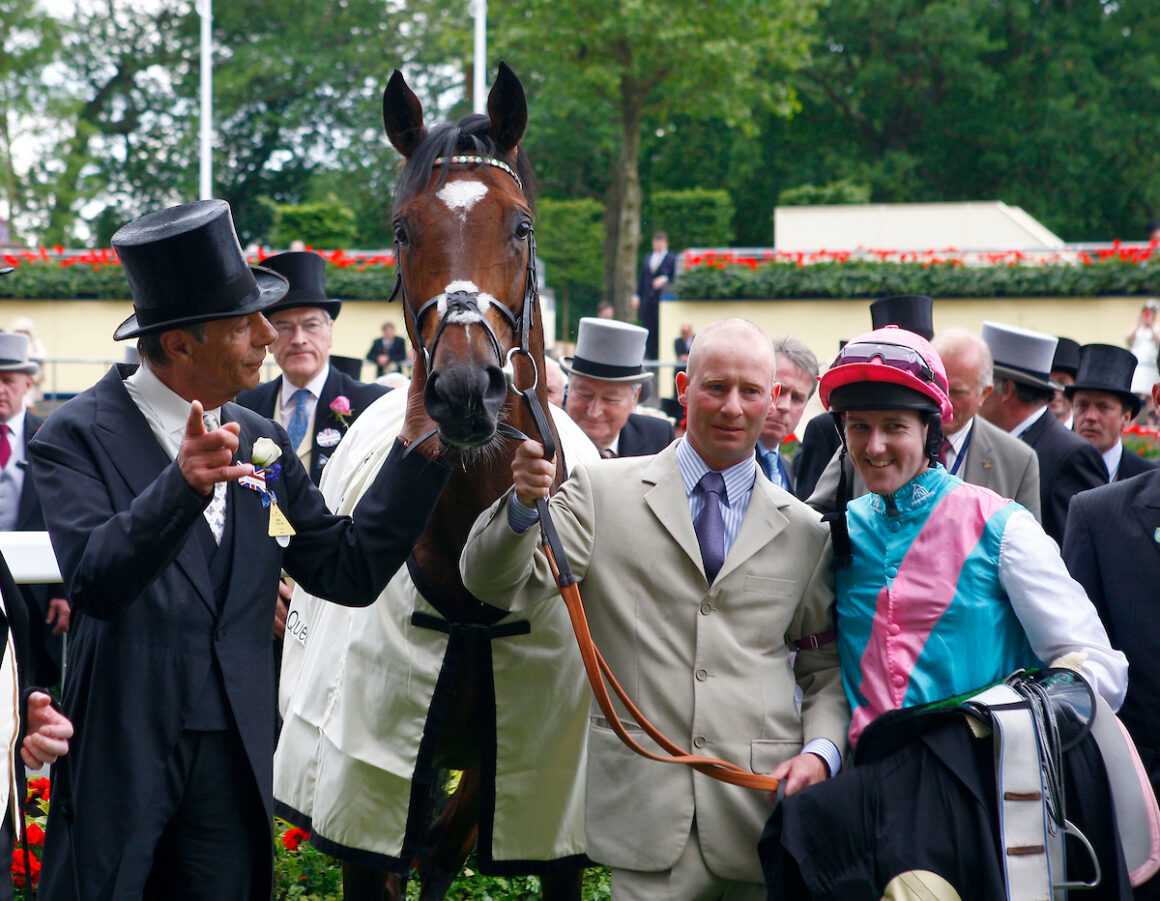 The 11-times champion jockey enjoyed 73 wins at Royal Ascot and was the leading rider at the meeting on six occasions. In 1999, he said: “There is nowhere in the world like Royal Ascot. It is the best meeting of all by a long way.”

Carson had been riding 14 years before riding his first Royal Ascot career on Celtic Cone in 1971. The brilliant Scotsman, a five-times champion jockey, would chalk up 55 more wins at the meeting before retiring 25 years later.

Many of Carson’s triumphs were achieved for trainer Dick Hern, the pair enjoying a memorable double for Her Majesty The Queen in 1979 with the wins of Expansive (Ribblesdale) and Buttress (Queen’s Vase).

Carson’s best haul came four years later when he enjoyed five winners and in the latter part of his career he enjoyed great success in the silks of Hamdan Al Maktoum, notably aboard Dayjur in the 1990 King’s Stand Stakes. Sadeem had provided him with a third Gold Cup win 12 months earlier.

Not for nothing is Dettori known as “Mr Ascot”. It was the scene of his incredible Magnificent Seven, of course, in 1990 when he famously rode every winner on the card.

Earlier that year, Dettori had ridden his first Royal Ascot winner aboard Markofdistinction in the Queen Anne Stakes and, 31 years later, he is still going strong. Last year, he chalked up six winners – taking his overall tally to 73 – and was crowned leading rider at the meeting for the seventh time thanks to a dazzling final day treble on Campanelle (Queen Mary), Alpine Star (Coronation) and Palace Pier (St James’s Palace). He looks sure to have cemented himself as a future Hall Of Fame inductee.