Frankie Dettori and Dancing Brave Inducted into Hall of Fame 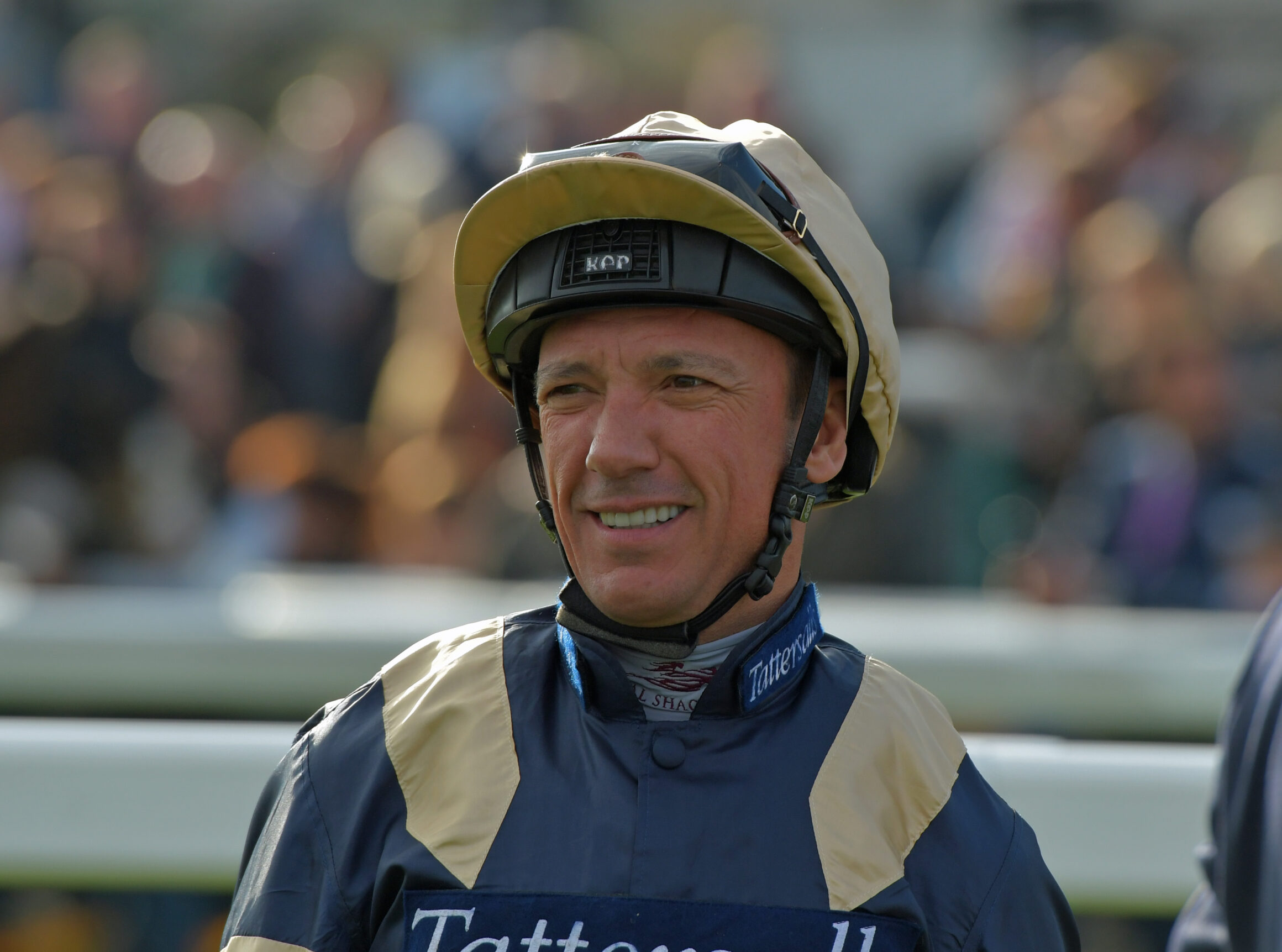 Launched in 2021, the Hall of Fame sets out to immortalise the Modern Greats of the sport, both human and equine, from 1970 onwards. Frankie Dettori and Dancing Brave are the first to be inducted in 2022 Hall of Fame, both having been chosen by an independent panel of industry experts in recognition of their outstanding achievements within the sport.

Both inductions will be officially recognised through a special presentation moment at Newmarket Racecourse on Saturday 30th April, ahead of the first British Classic of the year, the QIPCO 2000 Guineas, which also marks the start of the QIPCO British Champions Series.

Further enhancing the Hall of Fame, the National Horseracing Museum in Newmarket has also established an official display, providing visitors with an opportunity to find out more about some of the most adored and important stars of British Flat racing in person. The display is open to all visitors to the museum, with plans to grow and develop the Hall of Fame’s presence within the museum over time.

In the footsteps of greats

Frankie Dettori, 51, becomes the third jockey – and the first current jockey – to be inducted into the Hall of Fame, following other greats in Lester Piggott and Pat Eddery. Meanwhile Dancing Brave, trained by Guy Harwood and owned by the late Prince Khalid Abdullah, is the sixth horse to join the Hall of Fame, 36 years after winning the 2000 Guineas at Newmarket.

Speaking of his induction, Dettori said: “Joining the QIPCO British Champions Series Hall of Fame gives me an immense feeling of pride and I’m honoured for my career to be recognised in this way, placing me alongside others who I have looked up to my whole life. Lester (Piggott) was my idol when I came over from Italy and I was lucky to ride against him on a few occasions, while Pat (Eddery) was the most gifted horseman I have ever seen.

“When I first started out, my ambition was to be a mid-division jockey. This spiralled out of control early on; I quickly became Champion Jockey, I got an awesome job with Luca (Cumani), and the dream came alive. When I first set out on this path, I didn’t quite believe in myself but, as things snowballed, I realised I could make it to become the jockey I am today.”

Dettori has been thrilling racing fans for 35 years and is a sporting superstar recognised by a global audience, known as much for his vibrancy out of the saddle as he is for his excellence in it. He has ridden almost 3,300 British winners (a number exceeded only by Lester Piggott and Willie Carson) and has also enjoyed vast success all around the world, winning major races in no fewer than 24 countries. His six victories in France’s most coveted race, the Prix de l’Arc de Triomphe, remains a record.

A day racing fans will never forget was when a young Dettori rode all seven winners on a card at Ascot on September 28th 1996. With cumulative odds of 25,051-1, the ‘Magnificent Seven’ earned one punter £500,000 and made the Italian a household name. Dettori said of the infamous day: “Winning every race on a card was something that I didn’t think was possible, not in my lifetime anyway. It’s the biggest achievement of my career, without question.” That racecard currently makes up part of the Hall of Fame display at the National Horseracing Museum.

No fewer than 270 of his victories have been in Group One/Grade One races, the highest level, and his 21 Classic victories in Britain have included two triumphs in The Derby aboard Authorized (2008) and Golden Horn (2015). He has enjoyed 76 winners at Royal Ascot, a tally only bettered by Piggott, and he has been top jockey at the prestigious meeting on eight occasions, including in 2019 and 2020.

Dancing Brave carried almost all before him during his captivating career and his brilliance is recognised through his induction into the QIPCO British Champions Series Hall of Fame.

The bay colt dazzled in 1986 when his six victories included the 2000 Guineas, Eclipse, King George VI and Queen Elizabeth Stakes and an epic renewal of the Prix de l’Arc de Triomphe. He was also an unlucky loser in The Derby, although the manner of his defeat only added to his legend. 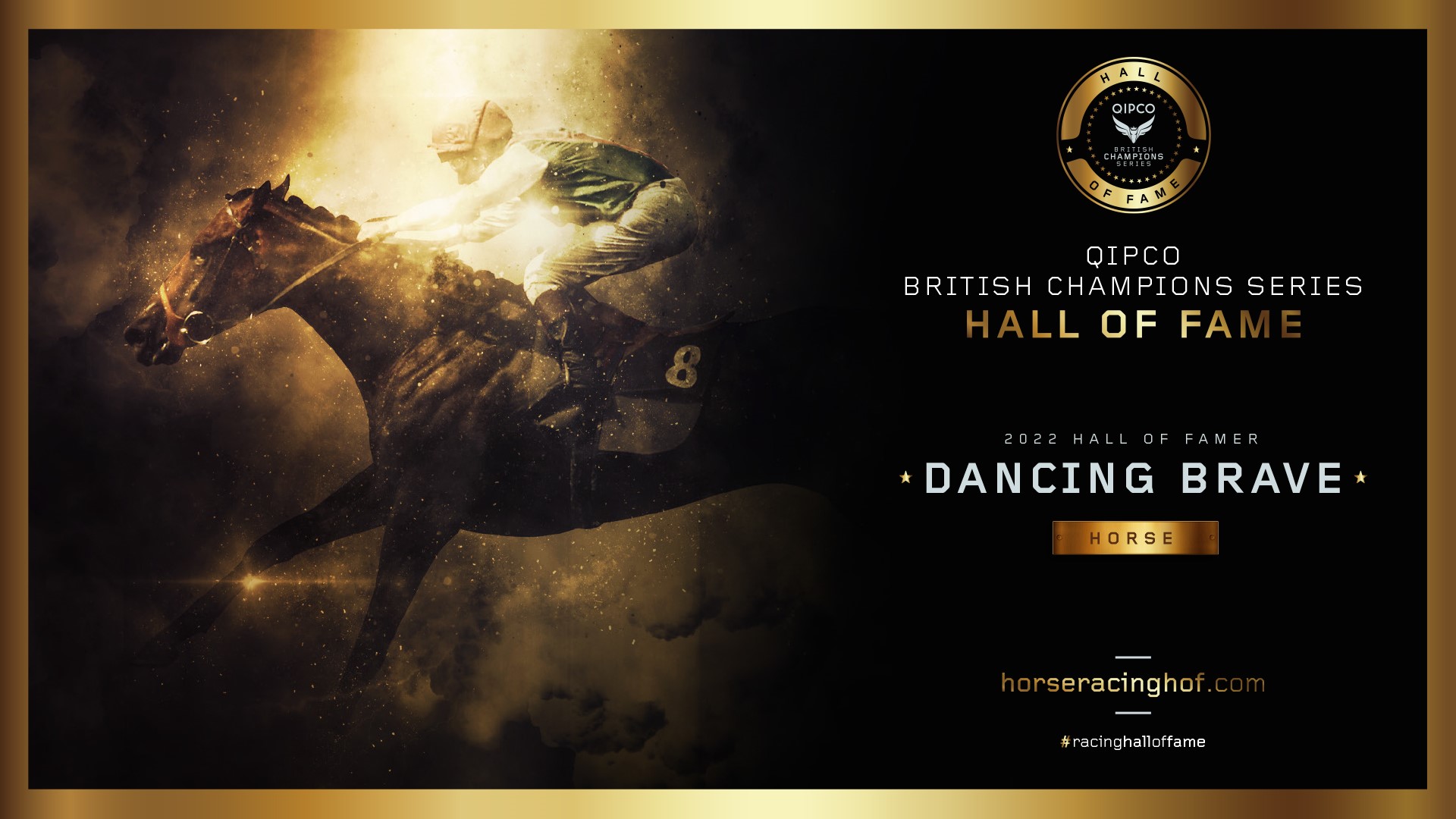 Following The Derby, Dancing Brave bounced back and went on to win four races that year, including the Arc at Longchamp. From an unfavourably wide draw and with Hall of Fame jockey Eddery on board, Dancing Brave defeated a remarkably tough field of 14 opponents, including the likes of Derby winner Shahrastani, Acatenango (German Derby winner) and Bering (French Derby winner). Despite having 11 rivals in front of him with just a furlong and a half left, Dancing Brave showed astonishing pace to surge to the front and win comfortably in a record time.

The only horse rated superior to him since the International Classifications were first published, in 1977, has been the mighty Frankel, who was also owned by Prince Khalid under his Juddmonte Farms banner and who became the first horse to be inducted into the QIPCO British Champions Series Hall of Fame last year.