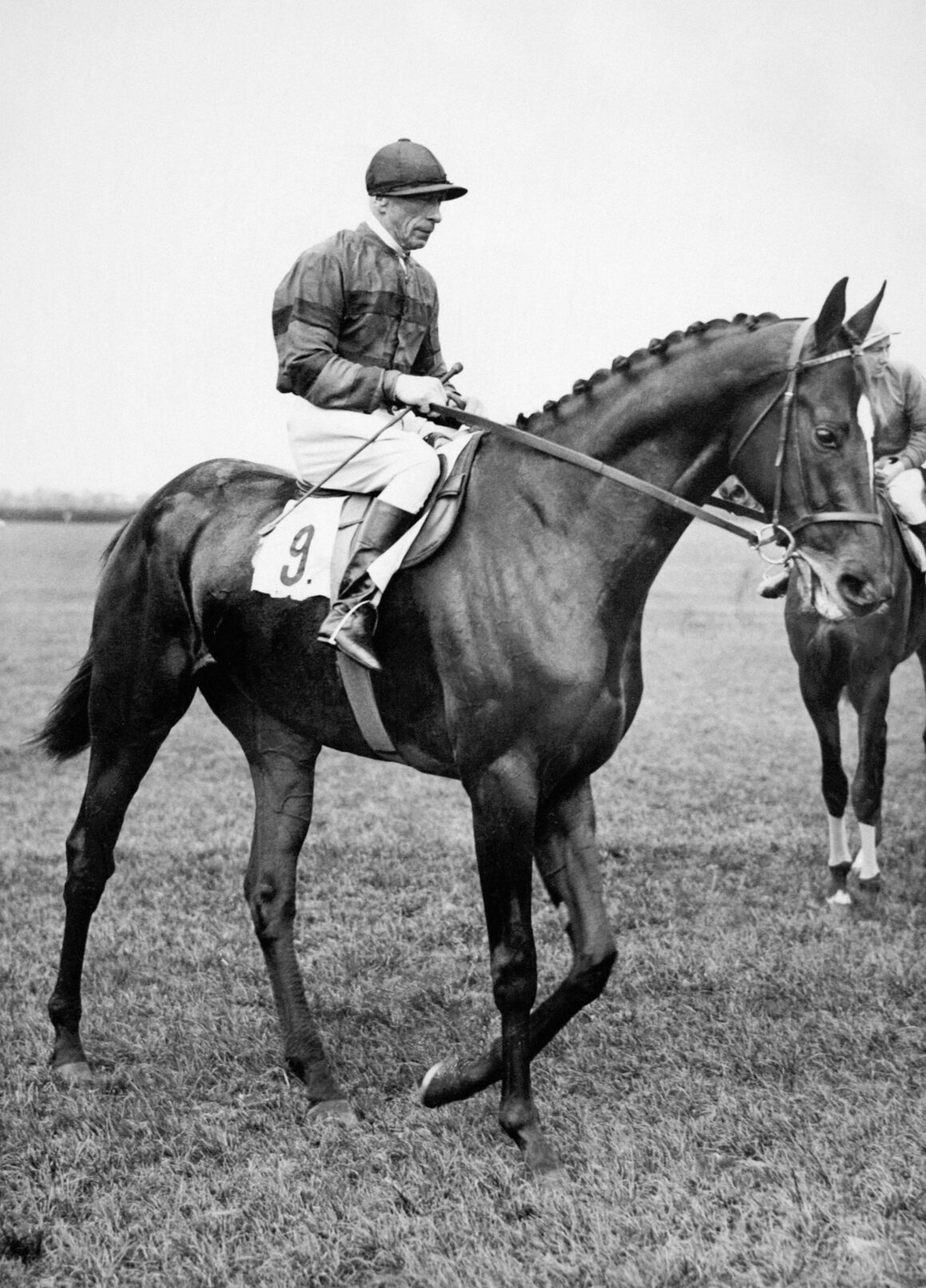 Bahram was the only 20th century Triple Crown winner to retire undefeated, although the fact that he never competed against his elders makes his position among the pantheons of great horses difficult to assess. Having said that, he proved his versatility by winning at distances ranging from five to 14 furlongs.
Bred and owned by the Aga Khan and trained at Fitzroy House, Newmarket, by Frank Butters, his intended name was Bahman and that was the one submitted to Weatherbys.

However, that name had already been registered by another owner and so was refused to avoid confusion, thus the name Bahram was substituted.

He made his racecourse debut in the valuable National Breeders’ Produce Stakes at Sandown Park in July, when he defied his 20-1 starting price by beating the Aga Khan’s other runner Theft, who had previously won Ascot’s Windsor Castle Stakes. He remained unbeaten in four more races that season including the Gimcrack and Middle Park Stakes, topping the two-year-old Free Handicap with 9st 7lb.

Plans to start Bahram’s three-year-old campaign in Newmarket’s Craven Stakes had to be scrapped when he left his feed and developed a high temperature a few days before the race. He therefore made his seasonal bow in the 2,000 Guineas, in which he was seen to be in command as the field came out of the Dip and met the rising ground, beating stablemate Theft in “game and decisive fashion”.

Starting a warm 5-4 favourite for the Derby, he was a convincing winner, taking the lead approaching the final furlong to beat Robin Goodfellow with complete authority. The official winning distance of two lengths looked almost twice as much.

After winning the one-mile St James’s Palace Stakes at Ascot, Bahram was not seen again until the St Leger, for which he started the 11-4 on favourite. His regular jockey, Freddie Fox, suffered a fractured skull when his mount fell entering the straight in a selling race at Doncaster the day before the St Leger, hence Charlie Smirke deputised, steering Bahram to an easy five-length victory.

Bahram was then retired to stud, where his sons included wartime Classic winners Big Game, and Turkhan, and Coronation Cup winner Persian Gulf, sire of Derby winner Parthia. In 1940 the Aga Khan surprisingly sold Bahram to an American syndicate, a move received with widespread condemnation in Britain.
Disappointed by Bahram’s lack of early success there, the American syndicate exported him in 1946 to Argentina, where he died ten years later.