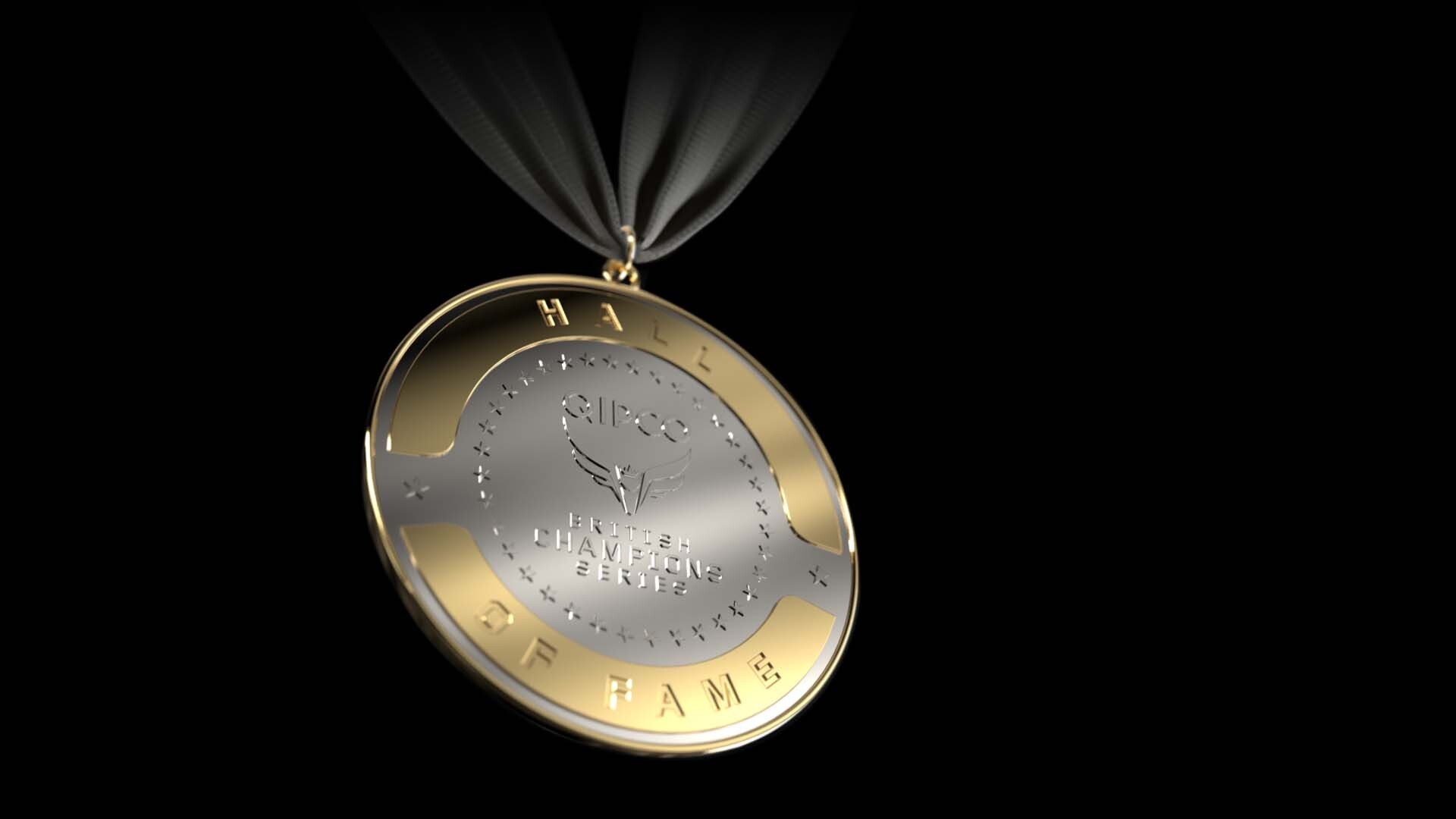 Galileo was a dazzling Derby winner who went on to become a record-breaking stallion, so it is understandable why the public have chosen to induct him into the QIPCO British Champions Series Hall of Fame via a special annual public vote to mark Her Majesty The Queen’s Platinum Jubilee over the Derby Festival weekend at Epsom. 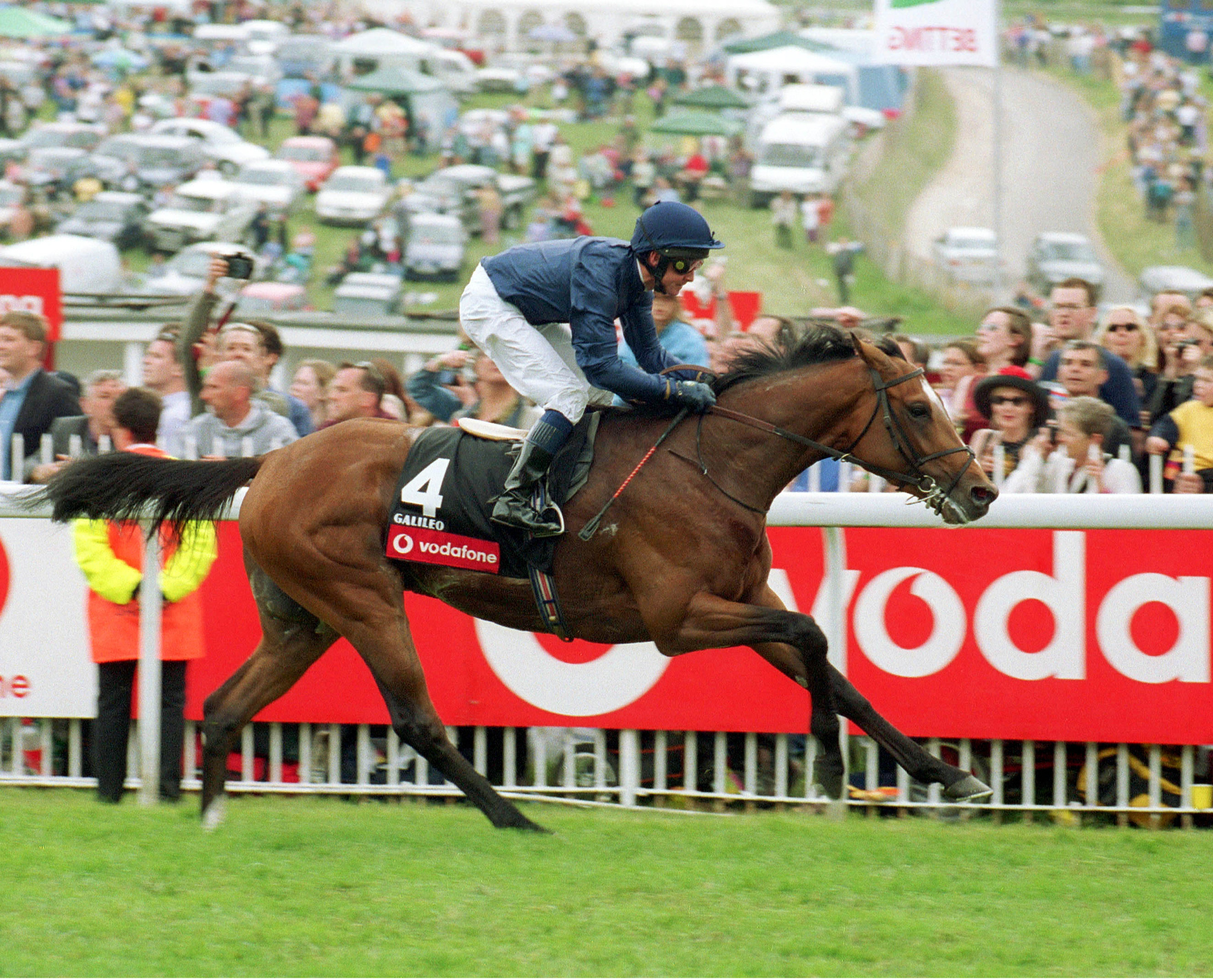 Mick Kinane and Galileo storm to victory in the 2001 Derby

The vote this year, in 2022, focused on Derby winners, given the special year of Her Majesty’s Platinum Jubilee. Galileo was up against two other superb Derby victors, Shergar and Sea The Stars, with his exploits both on and off the track no doubt helping tip the scales with voters.

Galileo prevailing when up against the best is nothing new. He first did it for trainer Aidan O’Brien in the silks of Mrs John Magnier and Michael Tabor in a racing career that lasted two seasons; and then in a spectacular second vocation at stud that spanned two decades.

When Galileo died last summer, aged 23, he had established himself as a stallion like no other, siring a record of 92 individual Group 1 winners, five of which were victorious in the Derby. The great stallion now joins his most successful progeny, the incomparable and all-conquering Frankel, in the Hall Of Fame.

It still seems odd to talk about him in the past tense, when his presence remains all around us. He has left a lasting legacy, yet all he asked for in return was the simple pleasure of having his teeth scratched, and the temptation to touch his ears resisted. By all accounts he was wonderfully tempered horse, but his ears were off-limits! 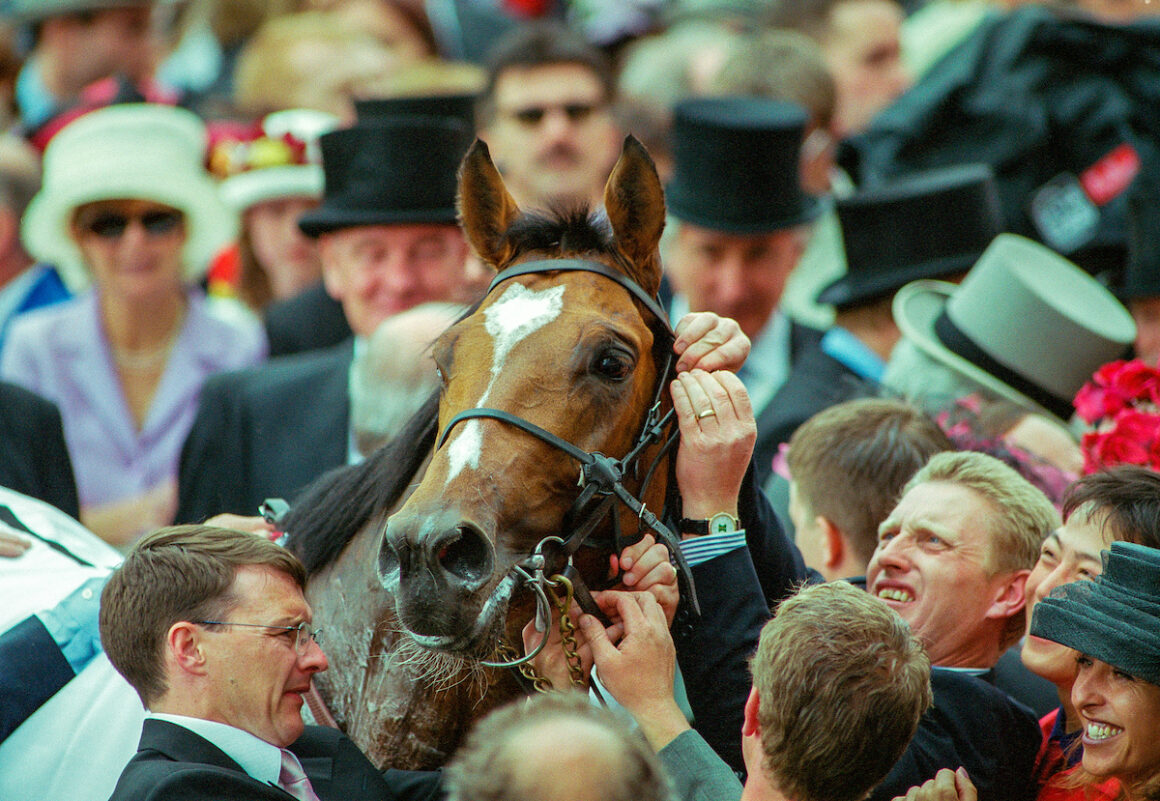 Named after the famous 17th century astronomer, the bay with a thin white blaze had begun life with a headstart, being a son of the prolific Sadler’s Wells out of 1993 Prix de l’Arc de Triomphe winner Urban Sea.

His success story on the track began on October 28, 2000, when he made his debut in a 16-runner mile maiden at Leopardstown and bounded 14 lengths clear in the final furlong. It was an early clue he might be something out of the ordinary.

Decisive victories in the Ballysax Stakes and Derby Trial, both over 1m2f back at Leopardstown the following spring, stamped him as a leading Derby contender. Milan, runner-up in the Ballysax, subsequently romped home in the St Leger, while Vinnie Roe, the third, would go on to be a multiple Group 1 winner.

The 222nd Derby, staged a year later, was a strong edition, with Sir Michael Stoute having a pair of aces in Golan, the unbeaten 2,000 Guineas winner, and Dilshaan, successful in the Dante. Barry Hills also had two live challengers in Mr Combustible, who had landed the Chester Vase, and Perfect Sunday, a convincing winner of the Lingfield Derby Trial. Storming Home, who had scooped the Blue Riband Trial, and Tobougg, winner of the Dewhurst, also featured in the 12-runner line-up.

Galileo and Golan were sent off the 11/4 joint-favourites, but O’Brien must have viewed the opposition with trepidation. The then 31-year-old had wasted little time making an impression since taking over at Ballydoyle four years prior, but his previous five Derby runners had all failed to make an impact.

It was the Hills-trained runners who set the pace, with Mick Kinane adopting a stalking position on the easy-moving Galileo. Three furlongs out, the race for home began in earnest, and when Kinane asked for more, the response was immediate. Galileo clicked from cruise control into turbo and powered clear. He won by three-and-a-half lengths from Golan, with Tobougg another neck behind in third. It had been easily the most clear-cut win in the race since Commander In Chief, eight years earlier. 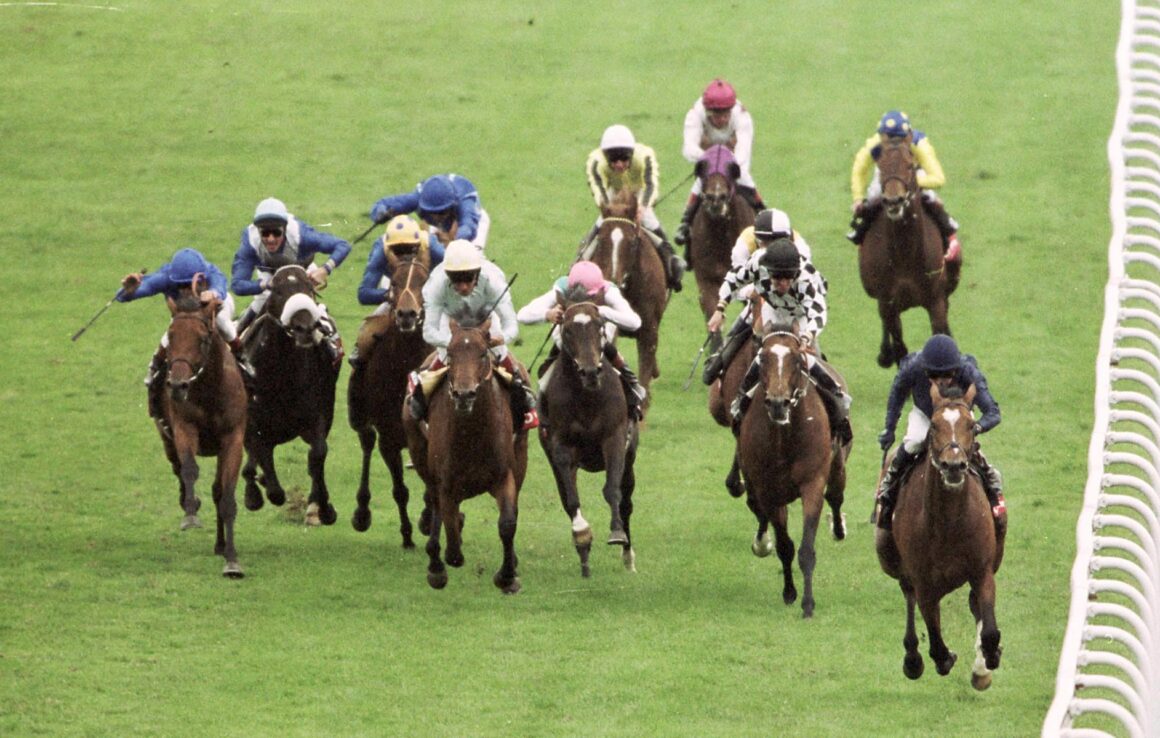 Galileo followed up this feat with an easy four-length success in the Irish Derby at The Curragh, before returning to British shores to land the King George VI And Queen Elizabeth Stakes at Ascot by two lengths from the globetrotting Fantastic Light, who lined up after successive Group 1 wins in the Tattersalls Gold Cup and Prince of Wales’s Stakes.

It proved to be his final success. Fantastic Light, trained by Saeed Bin Suroor and ridden by Class of 2022 Hall of Famer Frankie Dettori, turned the tables on him in an epic Irish Champion Stakes back over 1m2f at Leopardstown, winning by a head after a tremendous tussle up the straight. Galileo’s swansong in the Breeders’ Cup Classic, at Belmont Park, was to prove a disappointment. He did not take to the dirt surface and was nursing swollen eyes and burnt heels by the end of the contest won by Tiznow. 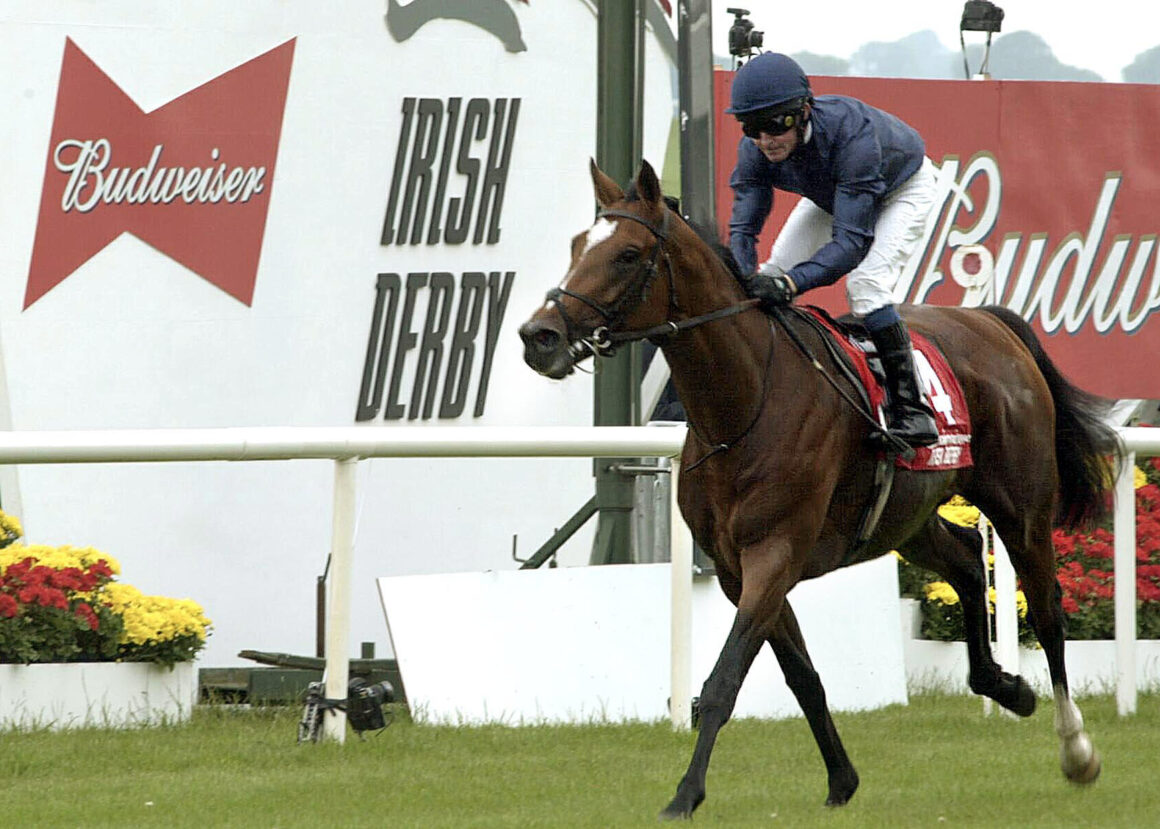 It does not always follow that champions on the racecourse become champions off it, but Galileo passed on his brilliance to generation after generation. Speed, stamina, strength and serenity were his hallmarks, with many more of his offspring also displaying his determination, versatility and genuine will-to-win nature. Naturally, his influence was also felt in the auction ring, with his yearlings routinely fetching seven figures.

Galileo has been Champion Sire in Great Britain and Ireland on 12 occasions, and could yet win more, with only Saddler’s Wells (14 between 1990 and 2004) and Highflyer (13 between 1785 and 1798) boasting more titles. He became the most successful Group 1 sire, breaking the record with 85 individual victors, when Peaceful won the Irish 1000 Guineas in 2020, breaking Danehill’s world record and becoming the most successful source of Group 1 winners in thoroughbred history. The sequence had begun when Nightime won the 2006 renewal of that race.

His sons and daughters have combined to win all the British Classics at least once, with his five Derby winners, all trained by O’Brien, being New Approach, Australia, Ruler Of The World, Anthony Van Dyck and Serpentine. His outstanding fillies have included Found, Love, Magical and Minding. 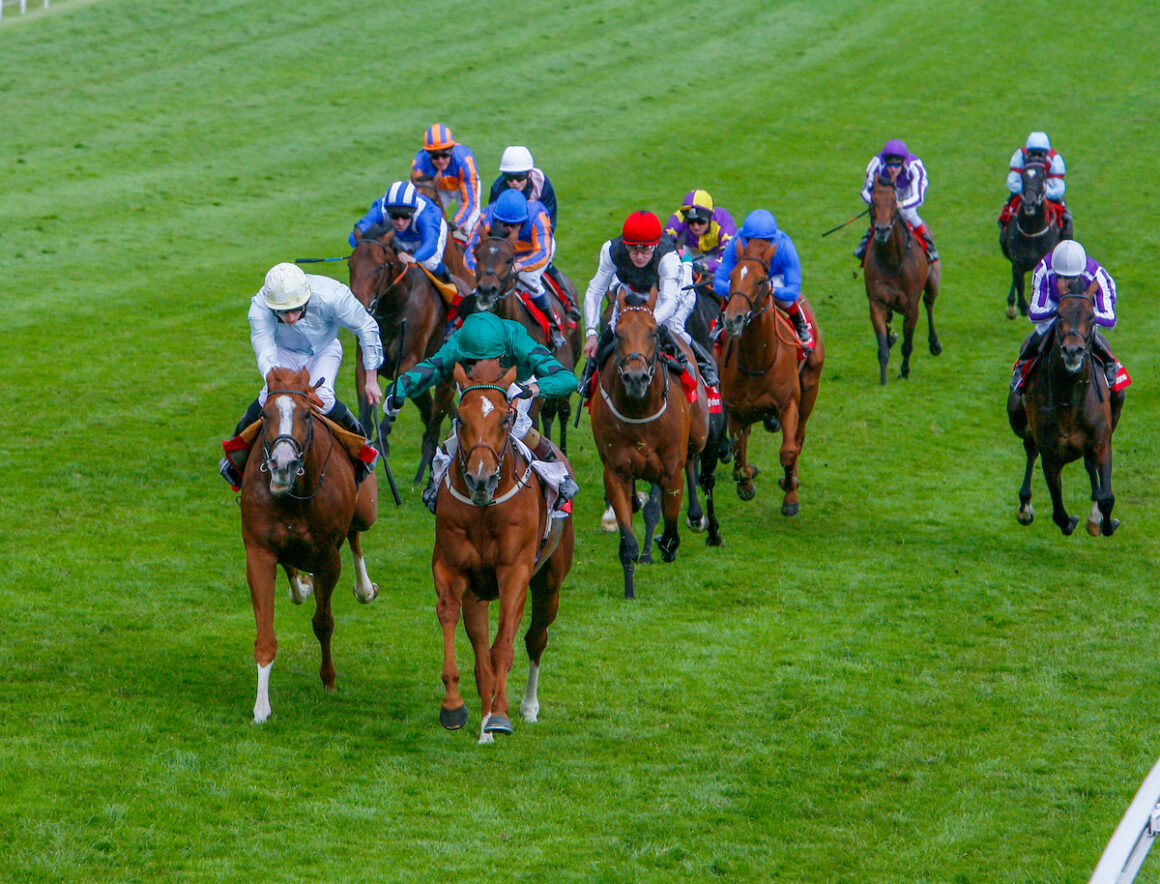 New Approach on his way to winning the 2008 Derby, a first Derby win as a sire for Galileo

His greatest gift, Frankel, ended his flawless career unbeaten in 14 races, with nine of those coming in races that fall under the QIPCO British Champions Series umbrella. For good measure, Frankel was himself Champion Sire in 2021.

“He was an unbelievable horse for everybody involved with him,” O’Brien said. “What he did was exceptional. We’ll probably never see it ever again. The tremendous determination and genuineness he put into all of his stock was unique. Bar a bout of colic in 2008, which required surgery, Galileo enjoyed good health until 2021 when a debilitating injury to the left fore foot meant he had to be put down on humane grounds. “It is a very sad day, but we all feel incredibly fortunate to have had Galileo here at Coolmore,” said Coolmore Owner John Magnier. “The effect he is having on the breed through his sons and daughters will be a lasting legacy. His phenomenal success really is unprecedented.”

Galileo becomes the seventh horse to be inducted into the Hall of Fame after Frankel, Brigadier Gerard, Nijinsky, Mill Reef, Dayjur and Dancing Brave. 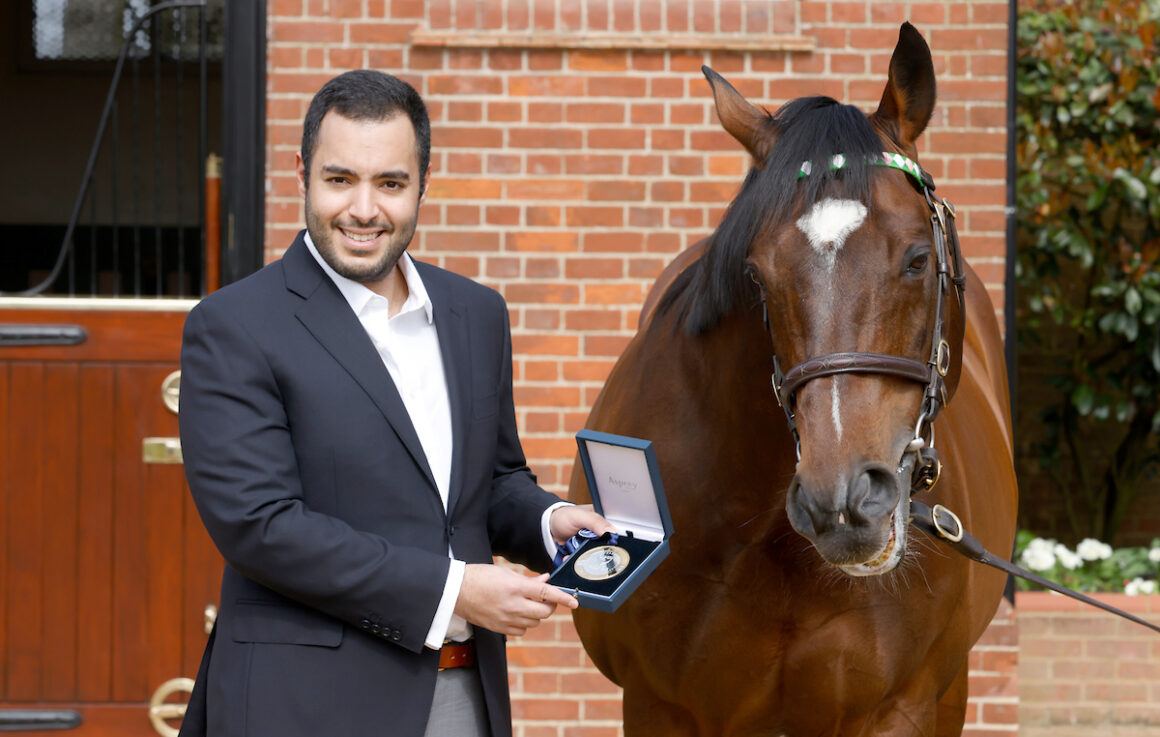 The great Frankel presented with his QIPCO British Champions Series Hall of Fame medal in 2021, is now joined in the Hall of Fame by his father, Galileo

Sire of over 200 Group race winners 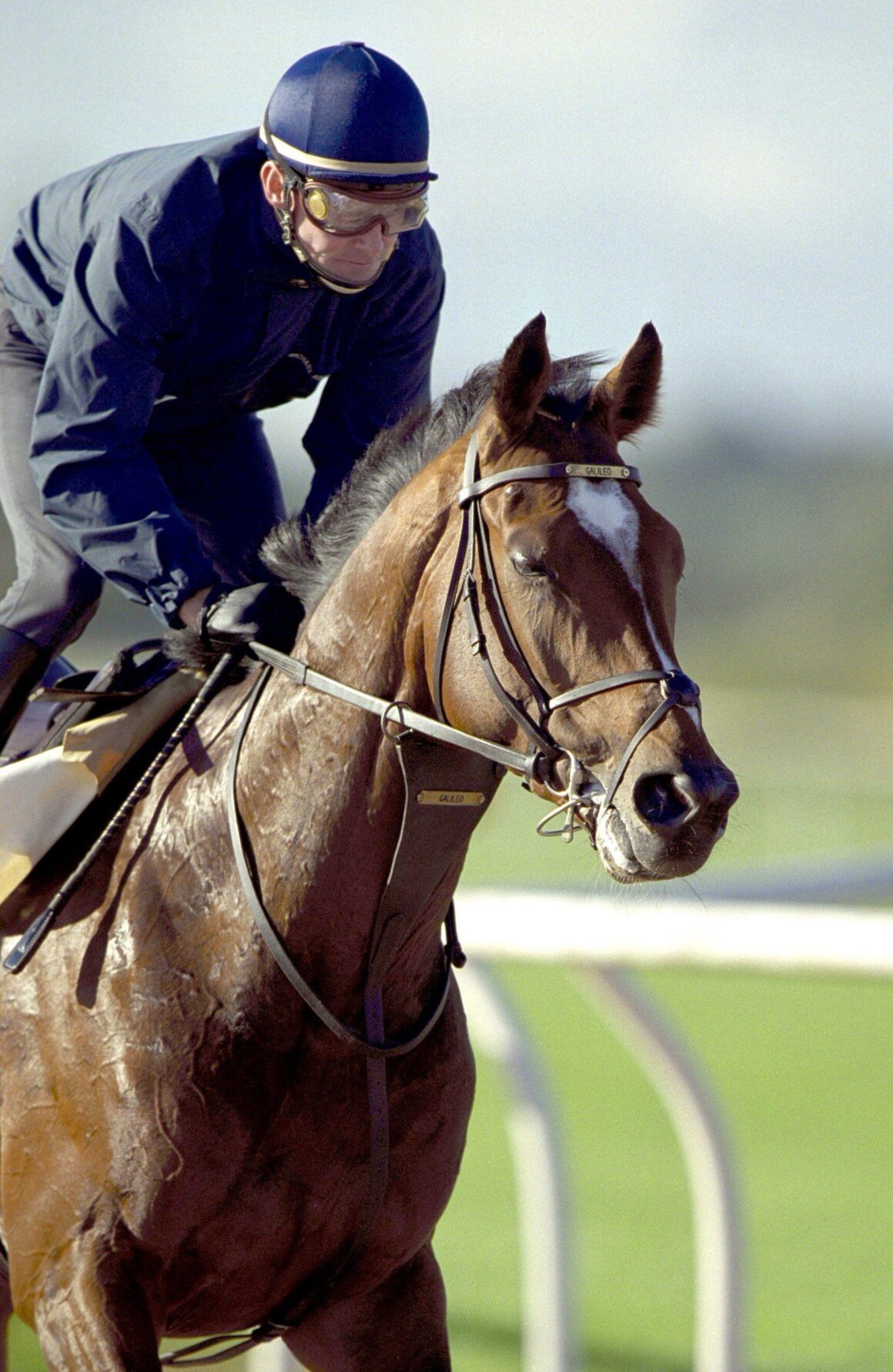 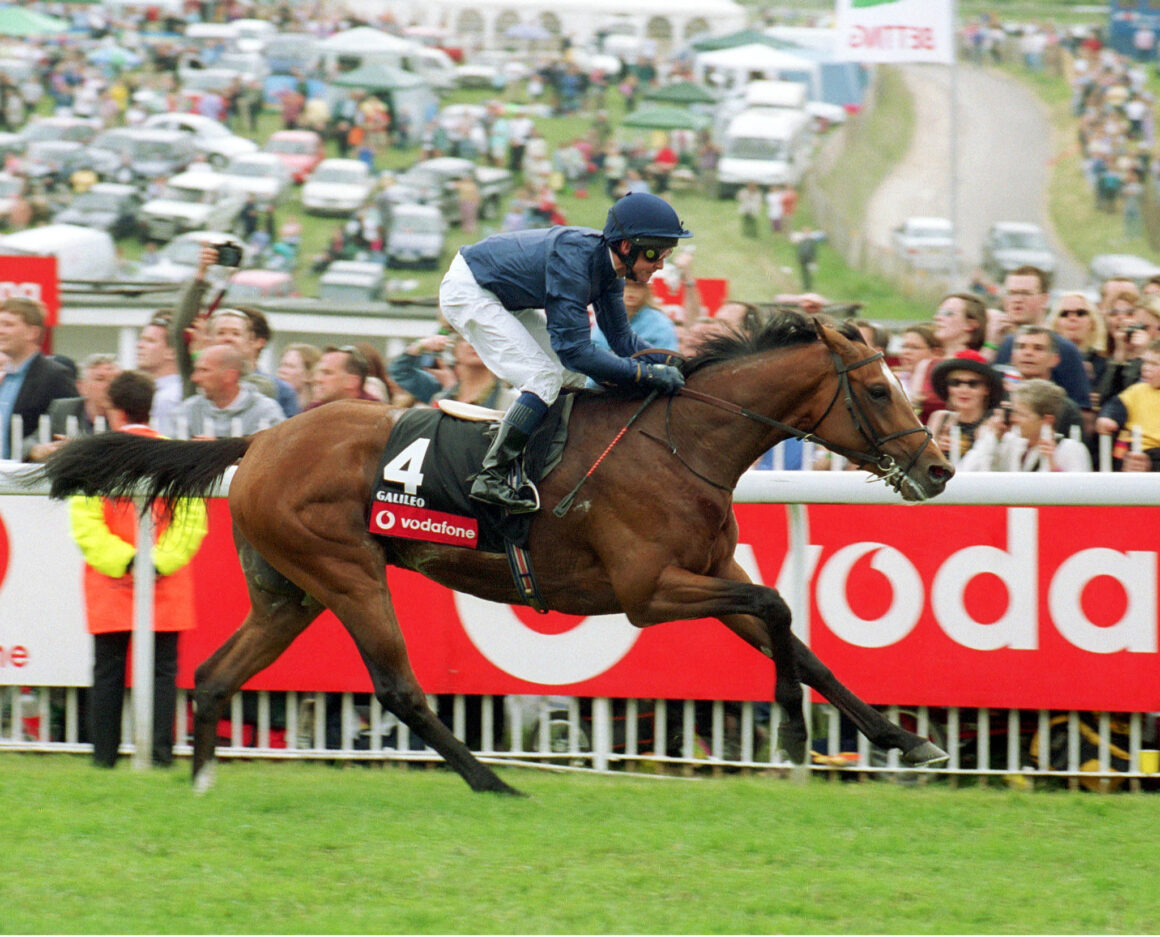 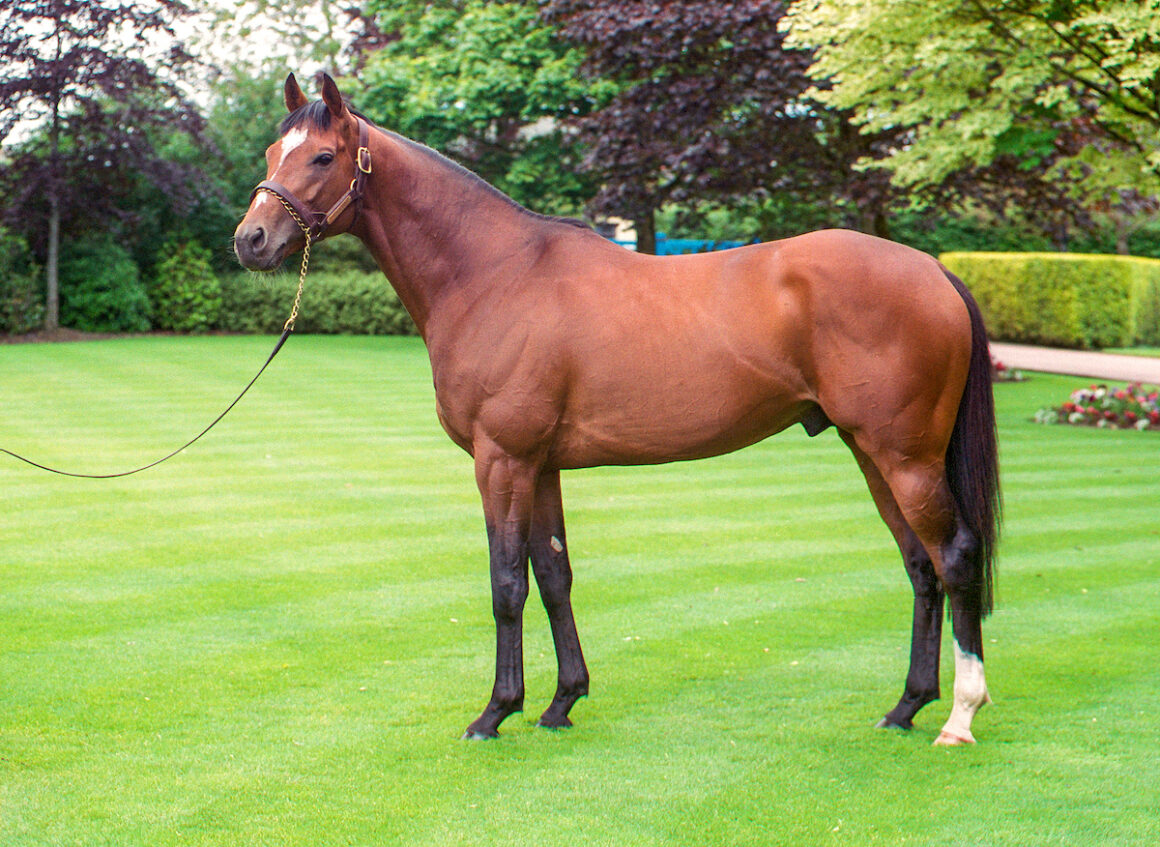 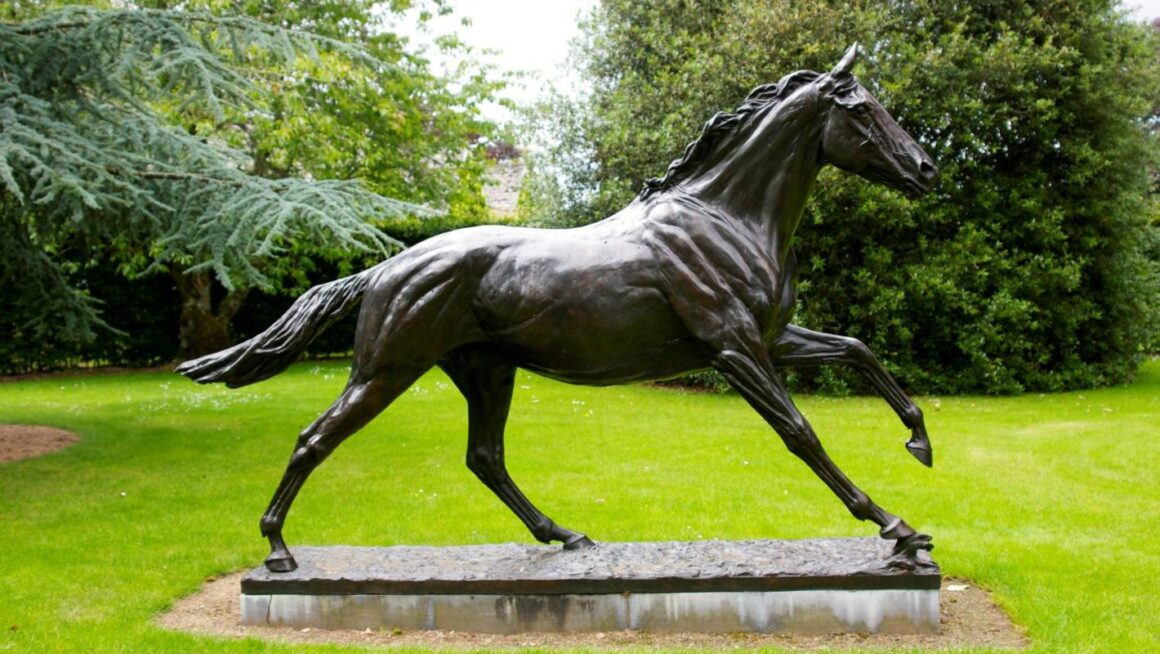 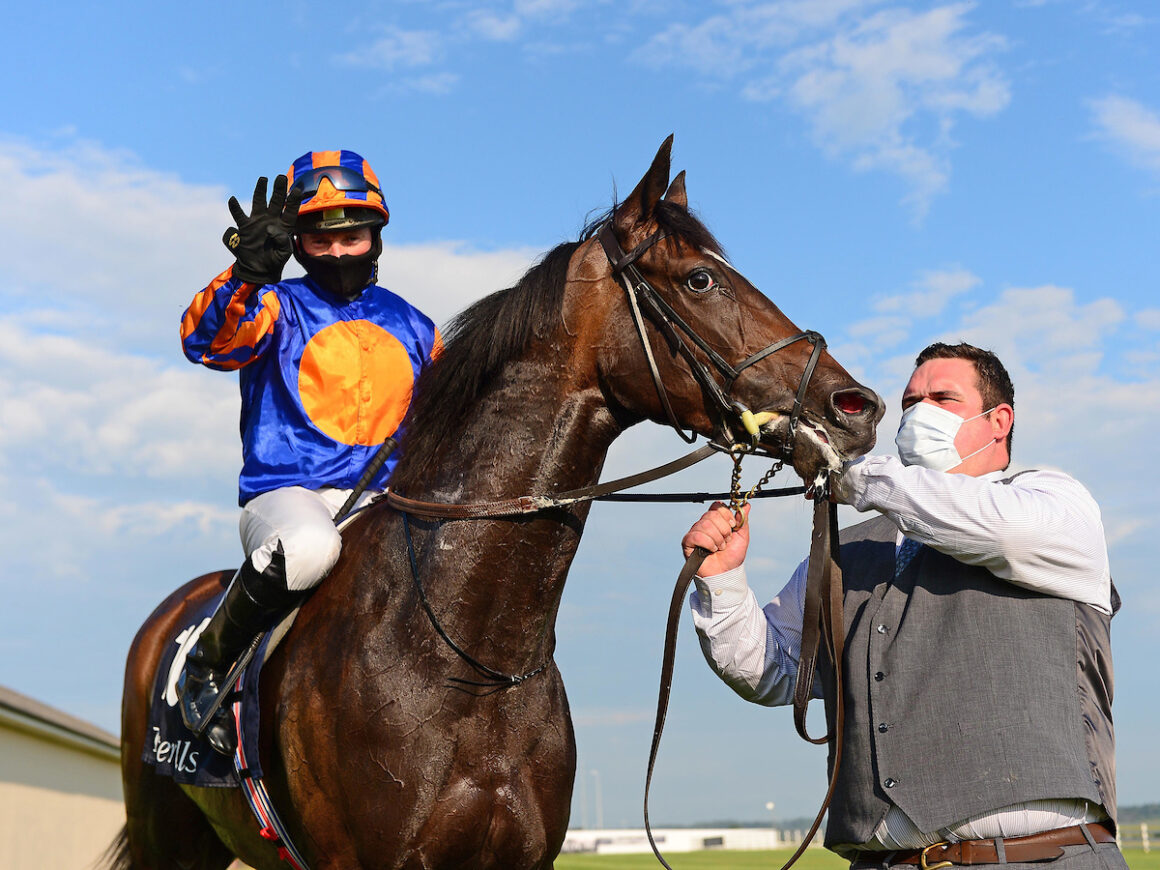 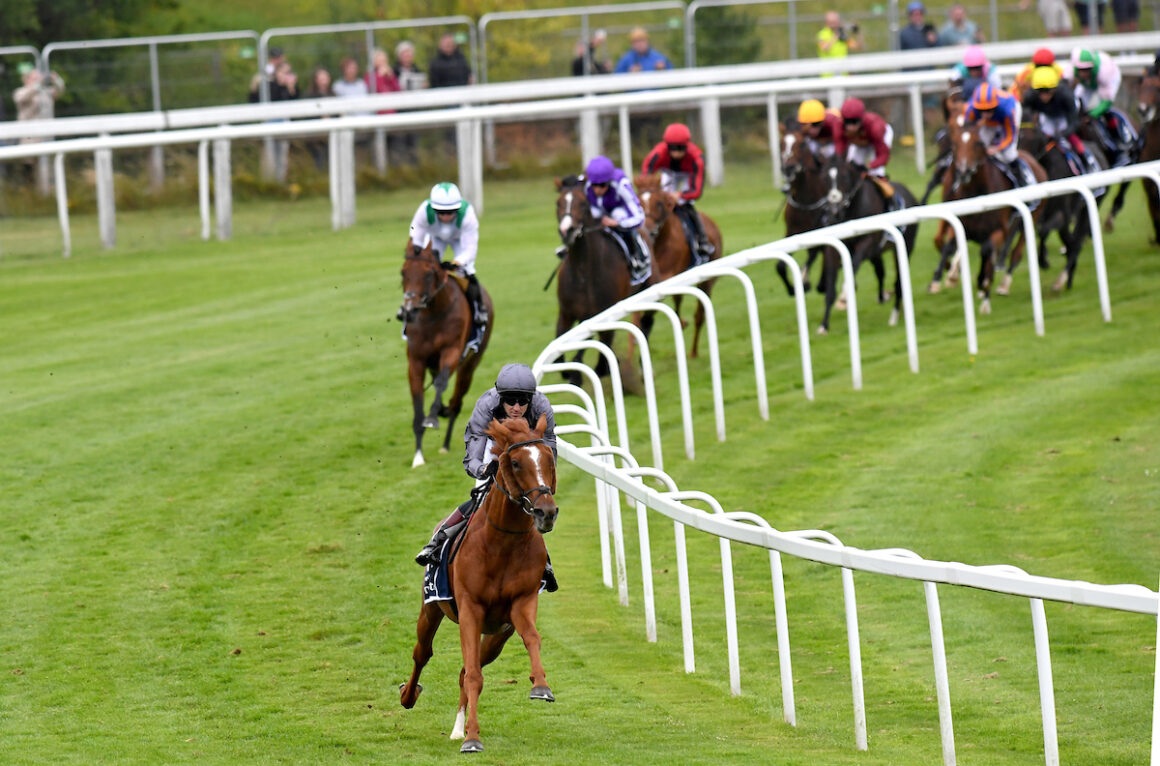 A 14-length victory on debut at Leopardstown in Ireland

Galileo eased to success in the Vodafone Derby

His progeny Nightime wins the Irish 1000 Guineas, giving Galileo his first Group 1 winner as a sire

Champion sire in Great Britain and Ireland for the first time. He also won the title every year between 2010 and 2020

Serpentine becomes his fifth son to win The Derby after New Approach, Australia, Ruler Of The World and Anthony Van Dyck